The start of the new season is one of my favorite times of the year, like a mini gamer holiday for Diablo 3 players. I spend the time between Seasons cleaning up my stash (ugh), enjoying my newly increased Paragon numbers, and just generally trying to push the limits that much more. But I also do my prep homework, because I want to have everything together come 5:00 p.m. Pacific (or earlier, if you play in the Europe or Asia regions). And since the season starts July 3, we’re all running out of prep time.

Whether you are at that bleeding edge start line or kicking off your Season weeks later, here are some things you can do to make sure your Season 21 kicks off as cleanly as possible. 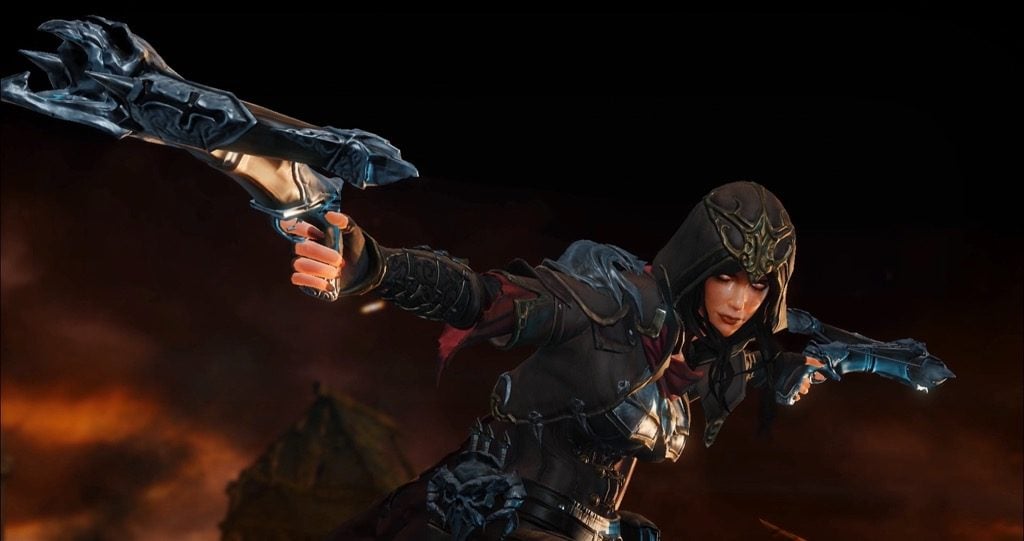 From here, you can order the class list in your brain, farm through YouTube videos, or make a spreadsheet. Guess which one I do? (Hint: all of them.)

In my spreadsheet, I rank different facets for each class from 1 (lowest) to 7 (highest) to get an idea of what may work best for me. I have played every class at this point, so I have a feel for what I enjoy playing, and ordering things gives me a starting point to consider. I take into account the starting sets from Haedrig’s Gift, the associated builds for both the starting sets and their most useful builds for the Season, and what classes I have the most fun playing.

Once I have a rough idea of my thoughts, I hit YouTube to see where other folks are leaning. Many streamers and YouTubers analyze classes/builds as part of their living, and they are brilliant people. I check out their feedback, what builds they tested, and add that to my spreadsheet. Their opinions add another data point for me to consider. The whole process is another way I engage my mind with the game.

After weighing all the options, it’s time to make a choice.

Believe it or not, the top of my list is not necessarily what I play. As you make your choice, keep in mind that Necromancer and Demon Hunter each received a new set in patch 2.6.9, wrapping up the wave of new gear sets for each class. Barbarians continue to be a reliable choice in Season 21 — Rossi did not pay me to say that — with Whirlwind-Rend remaining an incredibly devastating build choice. The starting set, Might of the Earth, has a particularly strong Seismic Slam build associated with it, so your onset is going to be gangbusters as well. That said, I have tried to love the Barbarian, but we just don’t click.

If you want to get in creatures’ faces and do some real damage, the Crusader’s Thorns of the Invoker starting set is going to be your friend. Monsters get punished for hitting you! It’s very straightforward as far as play goes. Monks will also have a strong start with the Monkey King’s Garb (aka Sunwuko’s). You’ll be able to leverage the Tempest Rush, or Wave of Light builds here; it all depends on how you want to play. Either way — speed farming, Greater Rift solo progression, and Death’s Breaths farming are available just with this starting set!

Now, I’ve dubbed the Necromancer my “old faithful” class, and the new Masquerade of the Burning Carnival set is freshly out! I had a lot of fun testing it on PTR, but the associated build is not friendly for leveling. The starting set for Necros is Grace of Inarius, which turns your Bone Armor into an insane death dealer; it’s one of my favorites. Sadly, the Wizard is not likely to be a popular caster choice in Season 21 as the class has seen a lot of nerfs the last few patches. The season’s starting set, Firebird’s Finery, is perfect if you enjoy a Meteor build. And of course, if you love playing a pure caster, the Wizard is your BFF.

Personally, if you love casters, I’d point you to trying the Witch Doctor. The WD’s starting set (Raiment of the Jade Harvest) has a decent associated build, but the new WD set was so much fun to play during Season 20 that I would cheerfully do it again! However, I’m currently leaning towards the Demon Hunter, as the new Gears of the Dreadlands set is supposed to be amazing (plus Strafe is such fun). With the elemental theme and Shadow’s Mantle starting set, Demon Hunter is going to have a fantastic Season 21. 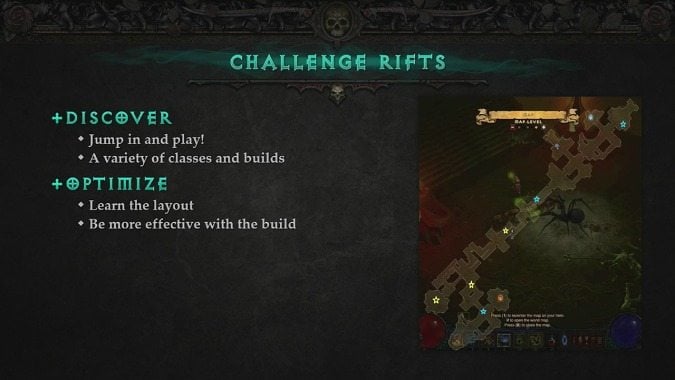 Completing the week’s Challenge Rift grants you a cache full of resources to get your Season started, but with some critical caveats or you won’t be able to claim the reward on your new character:

Once you complete the Challenge Rift, log back in on your Seasonal character in Adventure Mode. Start on Hard if you are comfortable with raised difficulty, as you will get the automatic increase to experience.  With the gold (and 1 Death’s Breath), you can max level both the Blacksmith and the Mystic, which also knocks out two of the Chapter 1 requirements for the Season. Spend the blood shards at Kadala for gear roulette based on your class (and another Season requirement in Chapter 3); you can see what is available for your class at level 1 on D3 Planner.

There are a few more things you can do to give your Seasonal Character a strong start. I use Raxxanterax’s Seasonal Leveling Guide as my starting point for my method that I have described. Follow what I set out, watch Rax’s video, check out other Season starter build videos on YouTube, or ignore all of it and go gangbusters in your way! It is a game, after all.

These is my typical Season starting session:

There is a known optimal path for leveling in Season — burning through Nephalem rifts in a 4-person group. But for those living the solo player life, here’s how I knock out my quest to 70:

No, it’s not the optimal path, but by level 60, I have half of the Chapter 1 requirements completed. If you want to increase the experience boost you’re receiving, try increasing the difficulty every 10 or 20 levels. Before you know it, you’ll have all four chapters completed and your full set from Haedrig.

I approach the game from a solo casual perspective. A common Season goal for me is getting Paragon 1,000 and knocking out a GR 100 solo. For others, that’s their goal for the first day of the new season.

No matter what — have fun. See you in Sanctuary!