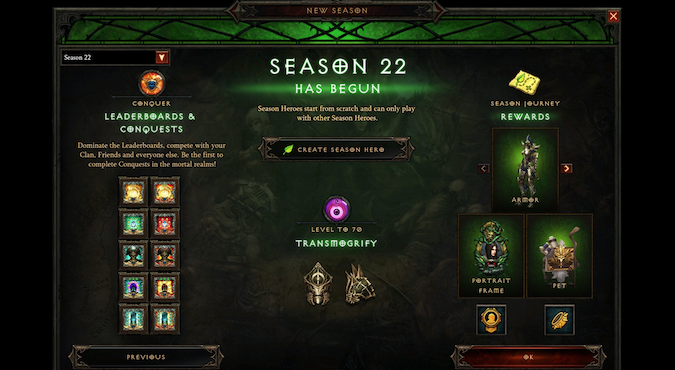 In the Diablo 3 universe, starting November 20 and for roughly three months, there is an oddball walking book of a pet just waiting for you to win it and love it and make it your own. “But wait! How shall I acquire this shiny little friend?” you argue. Fret not, for I am here to assist you (and sound like a superhero cliche).

The various tasks in each Chapter/Tier are increasingly challenging, with Guardian’s tasks requiring the most time and effort on the player’s part. However, the Book of Cain is one of two cosmetics available for completing all of Season 22’s tasks, so get ready to knock out both the Chapters and the Tiers — or everything listed below — to get it. 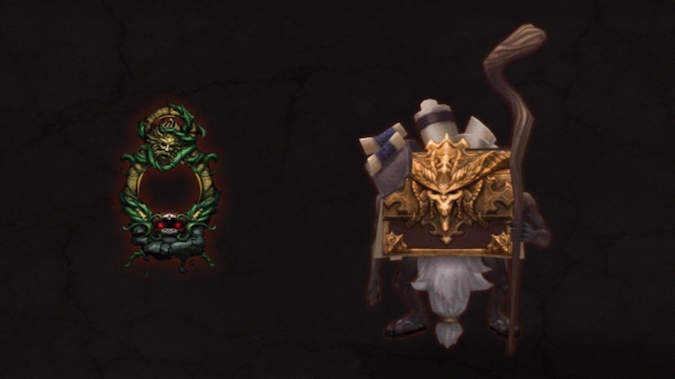 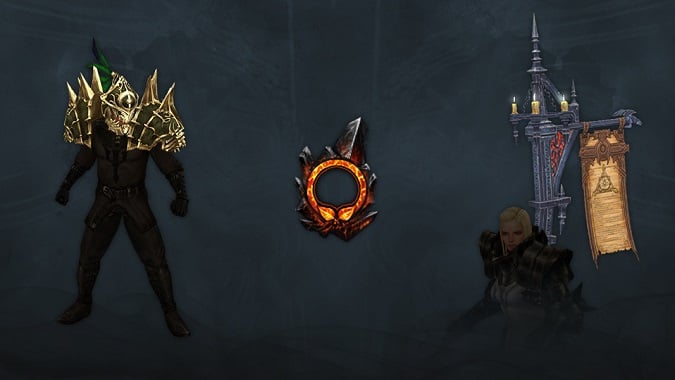 Beginning with Season 17, Blizzard started reintroducing rewards from previous seasons to make them available to players who missed them the first time. In addition to Haedrig’s Gift, the player earns three returning cosmetic rewards for completing Chapter 4 (initially available in Season 10):

Conqueror (the penultimate Tier) rewards the upgraded portrait and an additional stash tab (up to a maximum of five). New cosmetic rewards — the Lost Civilization Portrait Frame and your buff Book of Cain — only come once the player has finished all Tiers through Guardian.