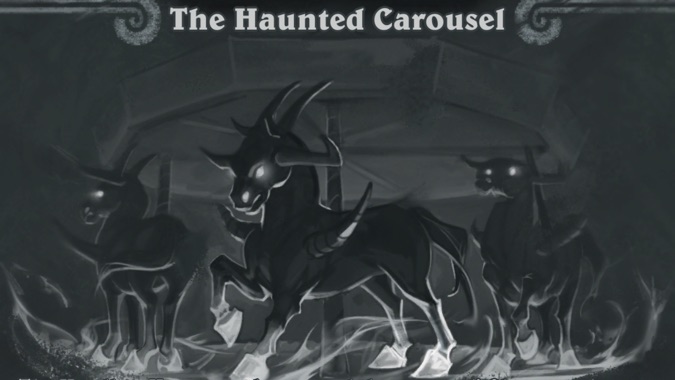 This week’s Hallow’s End-themed Hearthstone Brawl is the Haunted Carousel, which is one we’ve seen several times before — and still don’t like. Gameplay isn’t terribly complicated, but it’s also not terribly fun: it’s repetitive and reliant on RNG more than strategy. Still, there are ways to improve your chances of winning — just stick in there and be patient until you grab your win for the week.

Like a game of musical chairs, at the close of the round, each minion takes one step over, rotating around the board and switching sides when they reach the left-most (or right-most) side.

But the Haunted Carousel can spin in either direction. The game specifies which way the carousel will rotate at the start of the match, so pay attention and you’ll be fine. Or at least as fine as you can be when you’re dealing with traitorous, backstabbing minions who decide to swap sides and help your opponent. 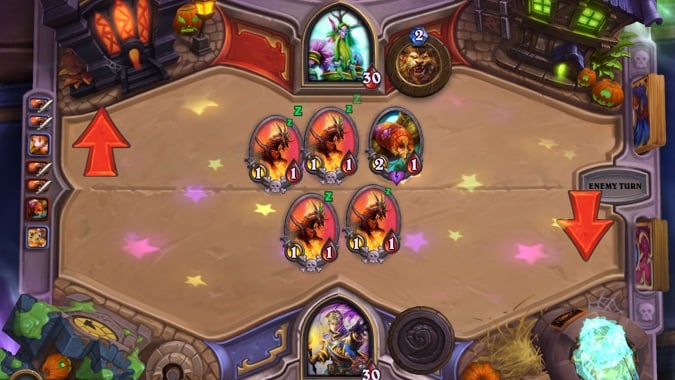 If you’re looking for simple, you’ve got it because playing the Brawl is pretty easy. You pick a pre-made deck for any class you want and jump into a game. The decks seem to be randomized and are generally pretty bad: you can easily go through the first round (or two) without any cards to play, and there’s little card synergy. You’ll get spell power cards without any offensive spells, or Battlecry-buffing cards without any Battlecries.

But there are two ways to help your chances (and annoy the heck out of your opponent): play Shaman or Paladin. Both of these can summon relatively weak minions with their hero power, and you can use them to fill the board and keep minions on your side while your opponent gets measly, weak minions. Since what goes around comes around, those minions will find them back on your side of the board eventually to torment you, but hopefully they’re enough to give you a nice lead.

Throughout the match, card placement is key. You want to keep your most powerful minions from rotating to your opponent’s board, so try to keep Dreadsteeds — or weak minions of your own — between your opponent and the best minions you have. It’s not something you can keep up forever, but, as I said, hopefully it’s enough to take the lead and close out the match before your opponent can recover.

Beyond that, you just have to play the cards you’re dealt and work from there. Because you’ll never clear the board, go face and focus all of your attacks on your opponent until they die. That’s it; that’s the strategy. 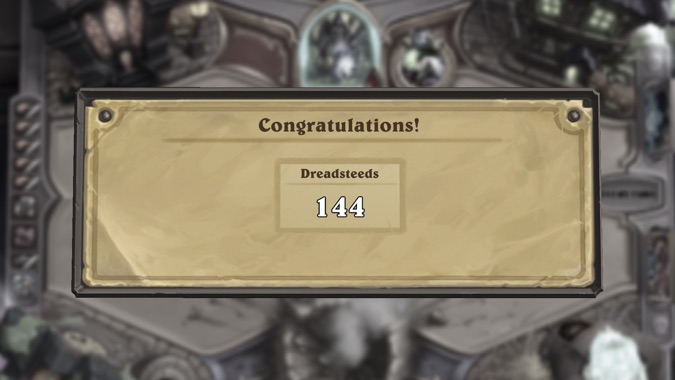 P.s. I just pulled two Legendaries out of my free Brawl pack, so maybe it isn’t all that bad. I’ll leave it to your judgment.