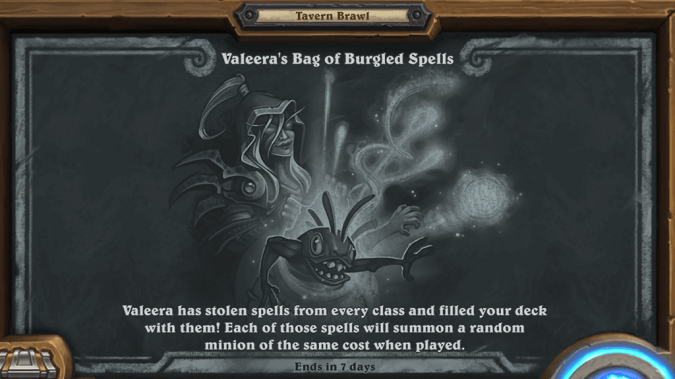 There’s nothing to choose this week: just hit the Brawl button and go. Both you and your opponent play as Valeera with a deck that’s filled with nothing but spells from various classes. When you cast a spell, it summons a minion of the same cost. If you cast a 4 mana spell, you’ll get a 4 mana minion. It can be any 4 mana minion, including class minions, so there’s a big pool to draw from.