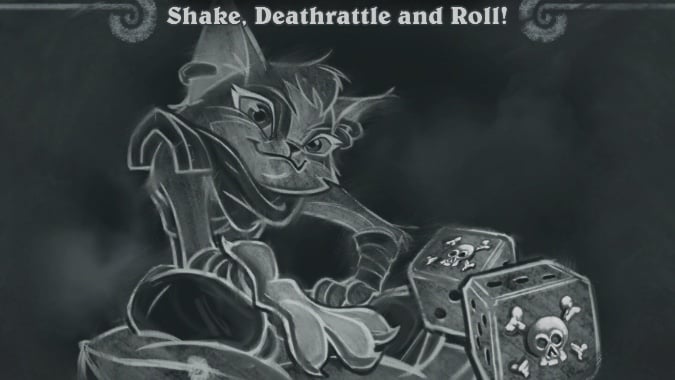 But sooner the start, the sooner you can earn  your pack, so let’s get to it: here’s how to win the Shake, Deathrattle,and Roll Tavern Brawl.

While this Brawl could have had a bit of strategy, it’s stymied by a technical issue. When you play a minion, the game also draws a random Deathrattle card for you, and attaches that Deathrattle to your shiny new minion. But once the Deathrattle is there, you can’t see what it is: when you mouse over the card, it just lists the minion the Deathrattle came from. Sure, it’s possible to remember what every card’s Deathrattle is, but as you play more minions it’s easy to lose track — particularly since it’s a wild Brawl with practically limitless card possibilities. That means you can’t do much strategizing on when to sacrifice your own minions to trigger their Deathrattle effects or when to avoid killing enemy minions so you don’t trigger their Deathrattle effects.