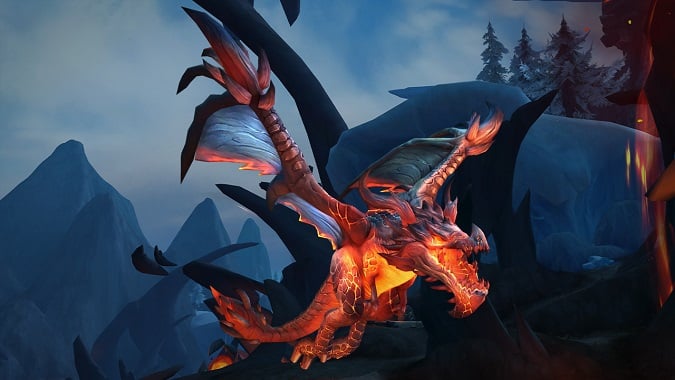 Dragonflight Season 1 continues, and this week Bazual the Dreaded Flame is the World Boss you’ll be facing in the Dragon Isles. Just like in Shadowlands there will be four Bosses in rotation, changing each week. Fortunately there are no mechanic drops similar to the prior expansion’s Legendary Memories so players won’t have to worry about missing out on something important if they skip a week. As usual the World Bosses drop items that are ilevel-equivalent to the Normal difficulty of the concurrent raid, although with the more staggered ilevels in Vault of the Incarnates it should be noted that World Boss drops are i395, or equivalent to the middle bosses of the raid.

This week’s World Boss is Bazual the Dreaded Flame in the Azure Span. A proto-dragon of fire, Bazual exists to cause the players (and thus the healers) a whole lot of pain. Besides his lava breath (that no one should be standing in), Bazual drops magma pools at players’ locations and when his energy hits 100 he’ll do a raidwide attack with a knockback. The real fun starts at 40% health (save Bloodlust/Time Warp for then!) when Bazual becomes infused and starts pulsing damage to the raid every 2 seconds. If he hits 100 energy in this phase he’ll drop a huge rain of destruction that players will need to dodge to survive. 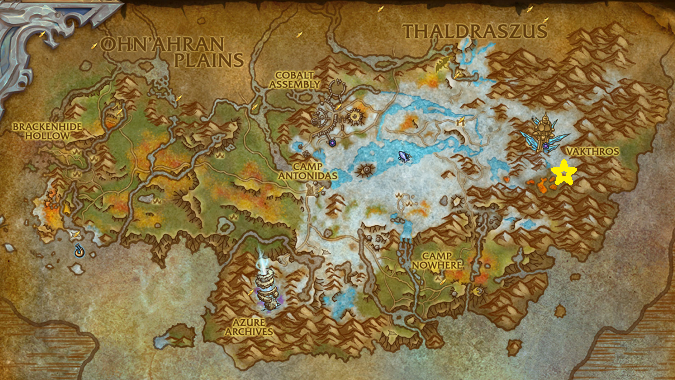 Where is Bazual the Dreaded Flame in the Azure Span? How do I get there?

Bazual the Dreaded Flame can be found in the Azure Span zone, southeast of Vakthros and most convenient to the Rhonin’s Shield flight point. Dragonriding can get you there quite easily from Valdrakken and most of the zones, but you’ll want to make sure you fly around instead of over Vakthros itself.

The gear that Bazual drops matches the normal Vault appearance, so those looking to farm transmog as well as gear upgrades will want to take the time to down the boss. Besides a Crit/Haste ring that can drop for all armor types, Bazual also drops:

As always we should expect defeating Bazual to count as a World Quest, with possible rewards of 250 rep with the Valdrakken Accord, Dragon Isles Supplies, or gold.

Blizzard Watch is made possible by people like you.
Please consider supporting our Patreon!
Filed Under: Dragonflight, World Boss
Advertisement