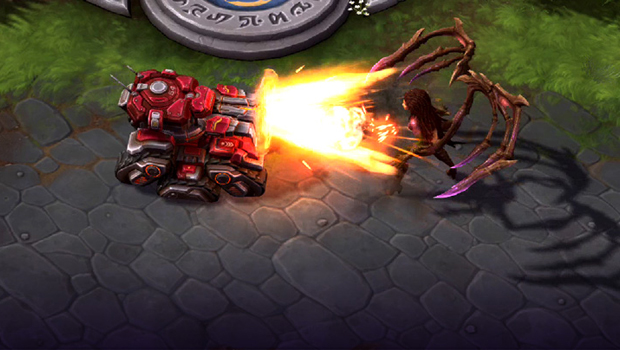 Sergeant Hammer is a Specialist from the StarCraft franchise. If you’re new to Heroes of the Storm, consider checking out our guide to the Specialist role. You might also want to check our general Heroes of the Storm guide which includes all of our Heroes walkthroughs, tutorials, features, and news coverage.

You can click on the images below to see Sergeant Hammer’s skin options in a higher resolution. 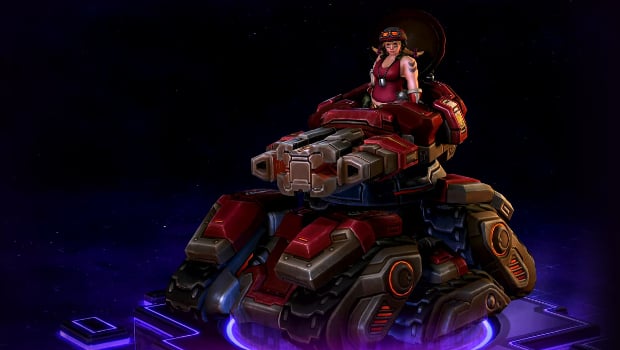 Sergeant Bama “the Hammer” Kowalski has served some of the toughest tours around the Koprulu sector. The thunderous roar of her siege tank’s shock cannon strikes fear right into the heart of the toughest of warriors… including some of her allies. 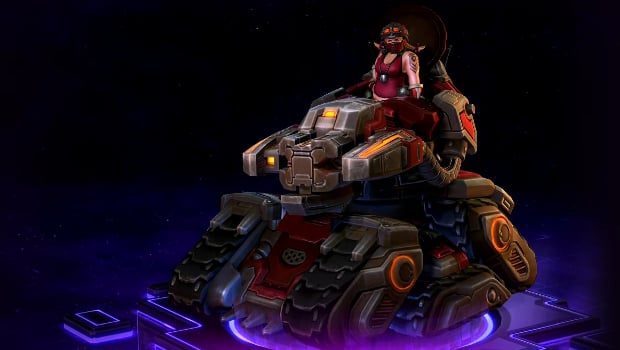 With as many kills as she’d racked up on the battlegrounds of the Nexus, Sgt. Hammer deserved her promotion to Master Sergeant… even if she promoted herself. 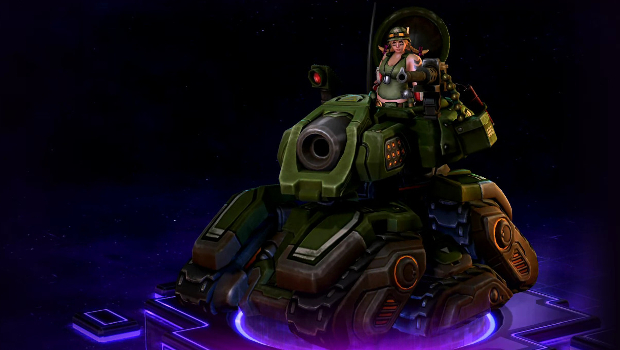 The battle has raged across War World III for hundreds of years. No one remembers who fired the first shot, but Sgt. Bama the Hammer is fully confident she’ll be the one firing the last. 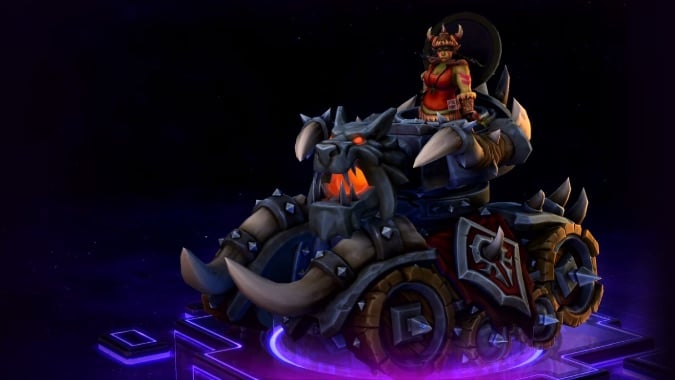 The Iron Demolisher is the pride of the orcish war machine. Sgt. Grimina Doomhammer was given the honor of piloting it in recognition of her years of service in the Arathi Basin battlefield.