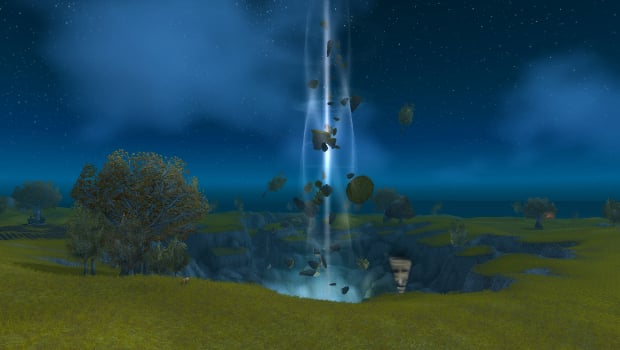 I just got the Frostscythe of Lord Ahune! On my hunter. It should unlock for my wardrobe when Legion pre-patch hits, right?

Hunters can equip staves, so yes!

I was on the PTR and was looking at my Timewalking sets. You Know, the gear I painstakingly farmed and dropped major coin to enchant across the board with old enchants and socket with old gems!. And I see that the set bonus’s are inactive for everything accept my WoD gear. “Legacy Set: Set Bonus is inactive” !  No they didn’t did they? Did they rip the set bonus’s out of gear I’ve been using for years and other gear I farmed endlessly for those bonus’?

Set bonuses on older tiers of gear have all been disabled, yes. It makes me sad, because busting those out in Timewalking was a lot of fun … but the devs don’t seem to want you doing that. Min/maxing for Timewalking is against the spirit of the thing, I guess. You can still use the sets and old legendaries and all of that, it’s just set bonuses going away.

More importantly, though, many of the set bonuses broke naturally as classes experienced changes and redesigns, particularly those coming in Legion. What happens to a set bonus where the spell it modified has been removed from the game? Or changed to have a different function altogether? Is it reasonable to expect Blizzard to revisit and rebalance the set bonuses on every tier of gear from tier 1 onward every time they make class changes? Not really. Outright disabling set bonuses is probably the safer method of ensuring nothing goes horribly wrong.

Are they going to nerf mines or herb gardens in Legion? That will still be a semi decent way to get some gold for little effort. I’m guessing if you have an engineer hut, you could make pets too.

Doesn’t seem that way, no. However, I don’t expect revisiting those places will be worthwhile unless you’re specifically trying to craft something from Warlords of Draenor. The raw materials aren’t worth much, and in the time invested in the picking-and-mining, you could probably take your level 110 out to the Broken Isles and complete a World Quest which will provide better gold. The truly effortless gold is all going away, though: gold garrison missions, the jewelcrafting daily, and so on.

And heck, I say if you can actually make profit on Warlords crafting materials in future expansions, I say congratulations. I earn more on Copper Ore from the base game than I do on ore from Burning Crusade onward. I think Copper Ore is worth more than True Iron Ore right now.

My new wake-up time is 5 a.m. and that’s one hell of a change for a guy who used to go to bed at 5 a.m. Being a responsible adult is hard. Especially when you’re nocturnal.

If Blizzard somehow could make it fit into the same timetable (just use your imagination) how would you feel if Legion had areas in Kalimdor, Eastern Kingdoms, Northrend and Pandaria being permanently changed by demons à la Blasted Lands in WoD?

I wouldn’t be opposed to the devs doing this, but if I had a choice in the matter, I’d rather they didn’t. I’m still waiting for an opportunity to fix the mess Cataclysm left behind. I don’t mean “mess” in terms of gameplay, but rather the game world. Why is there still a magic tornado in Westfall and Darkshore? Can we shut up that volcano in Ashenvale yet? Can the things which are on fire stop being on fire?

Azeroth was a very pretty place, but many zones are an eyesore now after Cataclysm had its way with them. I wouldn’t want to add random splotches of fel green to it. Give players a broom and a mop so we can clean up before the mess gets any worse.

When demon hunters become playable, are they going to be able to start on new Legion stuff or just their stuff, then get to run around and wait until the expansion drops for the Legion stuff?