This week’s Hearthstone Tavern Brawl is Boom Bot vs. Annoy-o-Tron 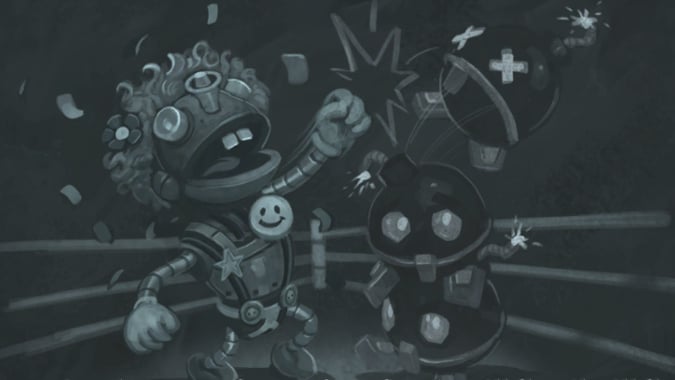 Boom Bot vs. Annoy-o-Tron is your Tavern Brawl in Hearthstone this week. Though it’s a rerun of an older Brawl, it’s one we haven’t seen since this time last year. In this brawl, you’re randomly assigned either Boom Bot or Annoy-o-Tron as their hero with their associated mech decks and hero powers. Last time this Brawl came around, Matt Low and I duked it out in the Tavern, which you can watch below.

Blizzard Watch is made possible by people like you.
Please consider supporting our Patreon!
Filed Under: Annoy-o-tron, Boom Bot, Tavern Brawl
Advertisement