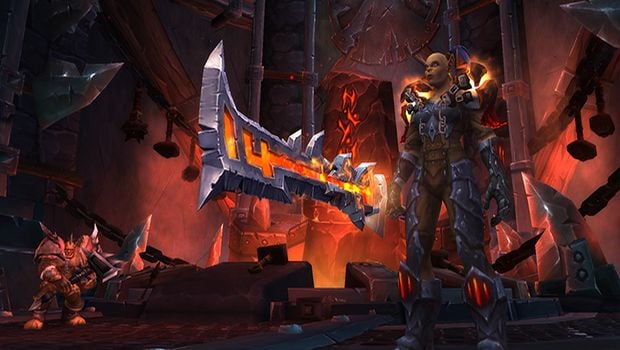 As noted by Community Manager Lore yesterday, Blackrock Foundry is opening independent of patch 6.1, and in no way indicates an impending release of the patch. This is a deviation as to how Blizzard has released raid tiers in recent years. However it wasn’t all that uncommon to see raids open up like this on their own way back when. Or rather, at least not be part of a major content patch with other bells and whistles.

Correct. We’ve been seeing a bunch of confusion about this, so let me try to clarify as best as I can:

The opening of Blackrock Foundry is completely independent of the release of Patch 6.1. At roughly 10AM Pacific time tomorrow, the entrance to Blackrock Foundry will activate, and you’ll be able to zone in and start killing stuff. No patch necessary.

Similarly, any of the new changes or features listed in the Patch 6.1 PTR notes will not be live until Patch 6.1 actually releases. That includes the Heirlooms collection, stage 4 crafted gear, new follower missions, various talent buffs, and the updated Blood Elf model. Any changes made prior to the release of Patch 6.1 (including balance changes and bugfixes) will be noted in our Patch 6.0.3 Hotfix Blog.

Blizzard Watch is made possible by people like you.
Please consider supporting our Patreon!
Filed Under: Blackrock-foundry, Cm-lore, Patch-6.1
Advertisement