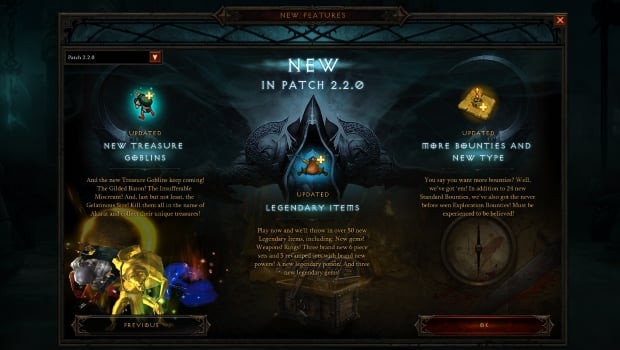 Diablo 3 Patch 2.2.0 is now live for PC, PlayStation 4 and Xbox One. Please note that this is only for the Americas — Europe and Asia have yet to patch. The patch notes for 2.2.0 are pretty huge, but the highlights are pretty sweet — three new Treasure Goblins have been added to the game in Adventure Mode, there are two new Legendary potions, two new Legendary gems, dozens of new and revamped Legendary powers, and some new sets for Barbarians, Demon Hunters and Wizards. Regular health potions have been removed from the game, and instead, players now have a Bottomless Health Potion that will heal for 60% of your maximum life.