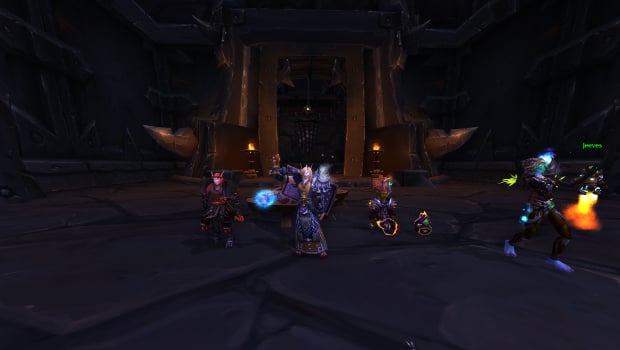 Last time we talked about throwing lightning, I enthralled you all with my experiences from my first full week of Elemental Shamanism. It’s still a bit of a learning curve for me, but it’s starting to feel like that old familiar song you start to remember after hearing it on the radio. Every boss fight, every dungeon, it is starting to feel more and more natural. My DPS is steadily improving as I start to understand the fights and how to use my abilities better. I’m no world top shaman, mind you, but I feel like I’m contributing a lot more than I was a few weeks ago. That said I’m still terrible about certain things, like my spell priorities. To that point I found myself looking for assistance via tooling. That is to say, I asked you about your favorite Elemental Shaman addons for throwing lighting and setting things on fire.

Addons are a great thing to help you with certain function of your class. While in an ideal world we would be able to do our very best without the assistance of addons, and some people do in fact melt faces optimally without assistance, I am not one of those people yet. I still find addons useful to help teach, or reinforce, good habits. Since I’m still getting acclimated to the lifestyle of fire and lightning I was looking for some help to develop those good habits. When I asked for your input, everything seemed to revolve around the central theme of letting you know when things were off of cooldown. Depending on the bars you use, this can be quite hard to pay attention to sometimes. So let’s go over the most recommended addons that help without completely taking over. 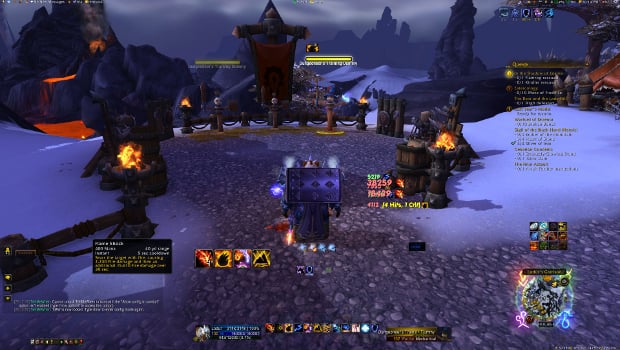 This is one that came up quite often when I asked folks about addons they use. The idea is a fairly simple one; you tell the addon what spells you want it to track and in turn it tells you when that spell is available. The setup can be pretty simple at first. Simply drag a spell from the spell book into the Tell Me When container, and if the spell is available it will show up or light up in a visible way. If you want to get a little more involved, you can customize how many spells it displays, choose or set up the spells by Spell ID number, or set it up to display for specific conditions. Conditions can be extremely specific or very generalized, such as when you are stunned versus when you are stunned by a specific spell or ability. Range from the target, duration, stacks and resources can all be set as variable that you can use to have spells pop up on the display bar. You can even resize the icons and move the container so that it will fit perfectly where you want it to be.

At first glance I thought it was a fairly simplistic mod — and it can be right out of the box, but there are a bunch of options that let you go pretty deep as far as customization goes. The condition triggers alone are something you could spend a lot of time with to get it exactly as you want it. It’s also not very intrusive inasmuch as it doesn’t take away your choice or hit buttons for you: it simply presents you with options and lets you make the choices, though those choices can have as many filters and as much prep as you want to give it. Playing with it for a bit, it felt really solid and well executed. When I have more time to spend with conditional triggers this may be a solid choice to play with long term. Still though, for now, it didn’t really help me in learning what to hit and when. So, my search continued. 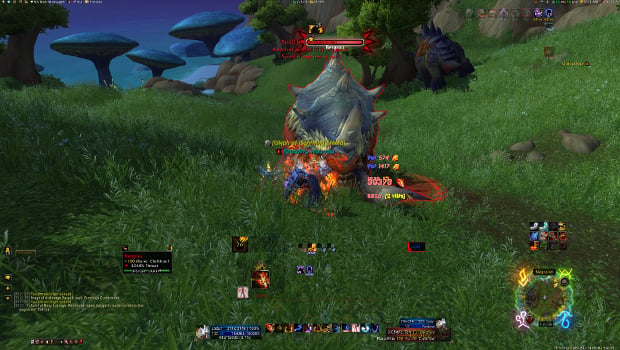 This was something that was recommended to me by my good buddy Byx. This addon is a spell tracker and DPS advisor. It tracks all of your spells and abilities and recommends what ability to cast next on a single target. It even tracks talent-specific spells like Elemental Blast. It will tell you when Searing Totem needs to be re-cast and if you have Ascendance available as well as tracking the duration of Flame Shock on the target in a very easy to see manner. There are two containers to track the cooldowns and the recommended spells and they are easy to move around and adjust and I had little to no problem integrating them into my current UI.

I really enjoyed how it displayed the recommended spells. Unlike something like others where it has a giant bar in the middle of your screen with a ton of animations and floating text and icons. It’s not very graphic intense and isn’t incredibly flashy. In truth the flashiest thing about it is the “stack” of spells lets you see what it will suggest next. It’s easy to see and follow while still paying attention to combat and encounter mechanics. It will even give you a recommendation to Wind Shear if something interruptible is being cast by your target.

Now, to be fair, it can be considered a bit hand-holdy, but with all of the auras and button flashes and indicators that Blizzard has already put in the game to let you know when you can cast a spell or something procs, it’s not that far away from what is already in the game. I like it because it is helping me build muscle memory for spells, and over the course of a week of using it I don’t feel like I really need it anymore. This is good, to me at least, but I have found it a useful tool while getting myself re-acclimated to the role of damage. If you’re just starting as an Elemental Shaman, this may be worth checking out for you as you get your Elemental feet beneath you.

As an honorable mention I would also like to give a shoutout to Weak Auras, which is probably the most customizable option, but also requires the most work to get going. It doesn’t really have an out of the box easy to use set of tools, but there are a ton of tutorials out there. You can even ask my good friend Rades, our resident Holy Paladin and partner in selfie crime, if he’ll share his super special auras.

There’s nothing wrong with using addons, as long as you find one that works for you. If you have one that you absolutely love for Elemental, or just for general purpose Shamaning, I’d love to hear about it!