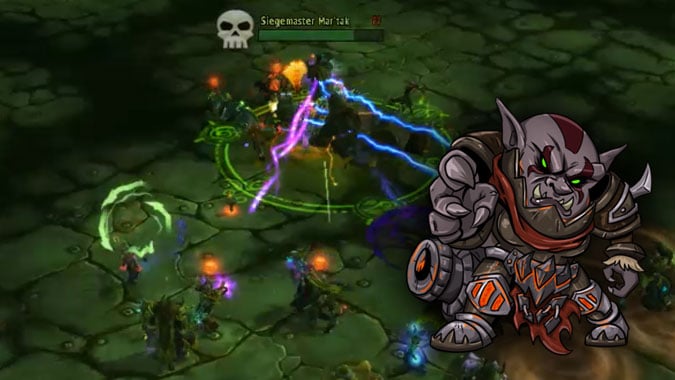 Editor’s Note: We’re pleased to announce a collaboration with Ask Mr. Robot! Vee, also known as Zoopercat, will be releasing semi-weekly articles about high-end raiding, top ranking players, and how they do what they do. Please enjoy, and give Vee a big welcome to the team.

Ranking. It brings honor and glory.

It might not be the best way to support your team, and in fact, they might have to support you to even rank in the first place. But it’s the perfect motivation to master every nuance about your character within each fight. Oh, and it’s fun.

But just how do you reach the top ranks? That’s what I’m exploring with this new column, Climbing the Ranks. I’ve been analyzing logs, discussing ideas with theorycrafters, interviewing top-ranked players, and gathering advice from mythic raiders. Not to my surprise, every detail matters, but you have to follow deep into the rabbit hole to discover all of the hidden secrets. I’ll be sharing what I’ve unearthed with you each week. Or every other week… I suppose it depends on whether I master the details instead of them mastering me.

Shaman, this fight is for you, my friends! Both Enhancement and Elemental can top the charts with Fire Nova or Earthquake. Other classes struggle to keep up with you on this fight.

I’m mainly focusing on heroic rankings, as that covers a larger group of people. And let’s be honest, most of us are happy to just kill a mythic boss. However, top heroic and mythic guilds are quite valuable for my research… they really understand the ranking battlefields. With that, I asked my friends in Exiled Power (US, Arthas) for their input on the ranking scene for Hellfire Assault.

How to rank on Hellfire Assault

One of the questions I wanted to answer: What kind of teams are these top players on? In the top 50 Hellfire Assault ranks last week, teams averaged a 692.5 iLevel. That led me to ask, did they vastly outgear their teams? It turns out that 40% of the ranked players had more than a three iLevel lead on their team’s gear, averaging out to 5.5 iLevels higher. But 10% of the ranked players had more than three iLevels below the team. Everyone else was within three iLevels of their team’s average.

After digging through all these logs, one thing is clear when it comes to ranking — you need to AOE the least important adds. Being the only strong AOE’er is helpful so you can dominate the damage meters.  Another Shaman’s Earthquake/Fire Nova or a Fury Warrior would snarf your damage, and if you are both good at AOEing adds, neither of you would rank. Also, the longer adds live, the more damage you rack up. So if your team kills adds slowly, your DPS soars. You can also stage this on purpose, by asking the entire team to purposefully kill adds slower.

You might be noticing a trend: a lot of these things aren’t necessarily good for your team. Binkenstein, a top Elemental Shaman theorycrafter, points out that “doing everything to rank on Assault will be counter-productive to the ultimate raid goal (destroying the gate), and rely on doing most of the AOE yourself.”  So talk to your raid leader before ignoring primary goals to secure a top ranking.

And if you are trying to rank on Hellfire Assault, Binkenstein suggests that “Echo of Elements / Primal Elementalist / Liquid Magma is probably the best talent setup, and Glyph of Chain Lightning will usually be required too.”

Talking with the top ranks

To find out how and why Shamans rank, there’s no better place to turn than to the players themselves. I talked to Carlenx, Chittonya, and Pineorange, who have different gear levels and situations.

Carlenx holds top Shaman ranks for several of the Heroic HFC bosses. Towards the end of BRF he joined a new Mythic raid team, Bladesong. On HFC’s launch, he had poorly itemized 697 average iLevel gear – taking unwanted scraps from team kills. Don’t let that fool you though, his skill places him in the 99th percentile for his spec and iLevel. Despite that skill, he was benched for the first time on Heroic Velhari: his DPS was too low. So Carlenx analyzed logs and found that some Shaman performed quite well once they completed the T18 4-piece set bonus. After bringing this evidence to his GM, the team decided to give Carlenx the 4-piece set the following week (from some quick normal kills). He also crafted two 715 items and obtained a properly itemized weapon. He gained five iLevels and his multistrike increased from 1280 to 2350. On the next Velhari attempt, he more than doubled his previous DPS of 35k to 76k.

He joined a PUG group from another guild — this is the run that earned him a top rank (WCL) on heroic Hellfire Assault. He wasn’t trying to rank, he just wanted to practice with his 4-piece before his next raid. He had no idea that he vastly outgeared the rest of the group at 706 compared to the team average of 691.

On this kill, Carlenx did the majority of damage to the add packs, about 25% of the total damage in fact. His Earthquake execution was near perfect, accounting for 62% of his damage: every single EQ was buffed by Enhanced Chain Lightning (graph), and he cast 50 of them, the amount you need for max coverage in an 8:13 second fight.

About a year ago, Chittonya moved from a hardcore raiding guild to something a bit more casual, The Darker Side. His current team sports an average iLevel of 691 and ranks in the 56th percentile for team DPS, making the team very close to the definition of ‘average heroic raiders.’ Don’t let that phrase fool you into thinking that’s a bad thing. Quite the contrary, they are doing better than half of the teams out there (mine included)!

When fighting Hellfire Assault, Chittonya had 689 gear and earned a spot in the top ranks (wcl), despite most of the higher-ranked players outgearing him by 5+ iLevels. He actually attributes his performance to the fact that his team is average, and not putting out crazy 99th percentile DPS across the board.

He’s a team player too. His assigned job during the fight: AOE the add packs, then call out single DPS targets to morph and kill one at a time. When Siege Engines appeared, he stopped AOE’ing to ensure demons didn’t morph at the wrong time. In fact, since DPS on the Siege Engines was a bit low, he’d switch to them to help. If he didn’t, his DPS would have probably been about 10-20k higher in the end, but the team wouldn’t have been able to kill the boss. And he still ranked in the top 50 with 101,442 DPS and spikes up to 200,000 DPS.

He created it during his old Hunter days when he needed to kite during the Hunter epic quest line. Then he modified it for his Shaman on the Heroic Rhyolith fight in Firelands. “I would spread Flame Shocks with my macro more or less to pad the meters at that point.” During Hellfire Assault, he had so many Flame Shocks going that Lava Lash was pretty much always up.

Another tip from Chittonya — use Tidy Plates along with Threat Plates to get a better visual of what mobs have Flame Shock applied to them.

Ranking from this kill (WCL) surprised Pineorange. Since it was only the 2nd week of HFC, this was still semi-progression for his team (Selection); it was the 2nd kill of Heroic Hellfire Assault, and they had yet to down Iron Reaver (H). On top of that, during the kill, Pineorange and his GM both had Teamspeak problems and had to wing it with no voice chat. It probably helped that he outgeared his team by nine iLevels and had no sustained AOE competition.

But it’s more than that, Pineorange is a master of his class. He’s played a Shaman since Vanilla. One of the main things he focuses on during a fight: boss timers. He says it’s important to watch timers and boss health to predict when adds will spawn or phases will change. That lets you choose spells and placement proactively instead of re-actively. He also tries to keep Lava Lash up to effectively spread Flame Shock.

As teams start to farm Hellfire Assault, my theory is most of the ranks will be from teams who specifically target one person to rank, and strategize around that. So far, that hasn’t been the case in these early rankings. I’ll keep an eye on it and report back!

Good luck in your raids this week!