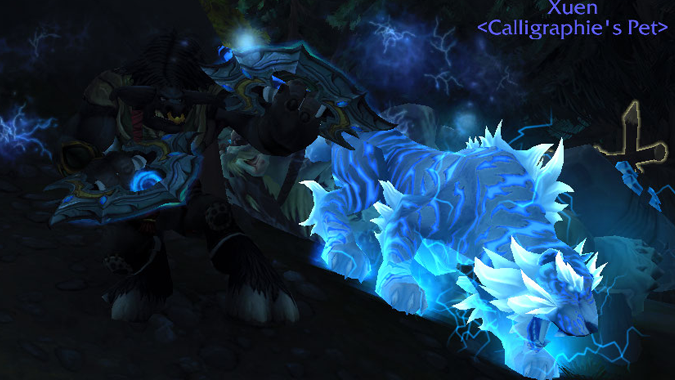 First: a disclaimer. This post is discussing things that are very much in alpha. That everything I’m talking about could change in weeks or even hours. Heck, it might even change before the editors hit “publish.” Nevertheless, it’s never too early to get a bit hyped about how Monks will play out in Legion, so today we’ll be talking about the new Windwalker Monk talent trees.

I will not be delving into spoilers or discussing the Artifact storyline — but that said, there are screenshots that include the Monk’s class hall and some of the newer Legion areas. If you’re looking to avoid that, stop now.

Perhaps the biggest change for Windwalkers is our new Mastery, Combo Strikes. Now, you use abilities that are not a copy of your previously used ability, you’ll hit a bit harder.

Put simply: Windwalker will be the poster child for being easy to pick up, difficult to master. As Legion stands, we’ll be the Hearthstone of Warcraft melee classes. 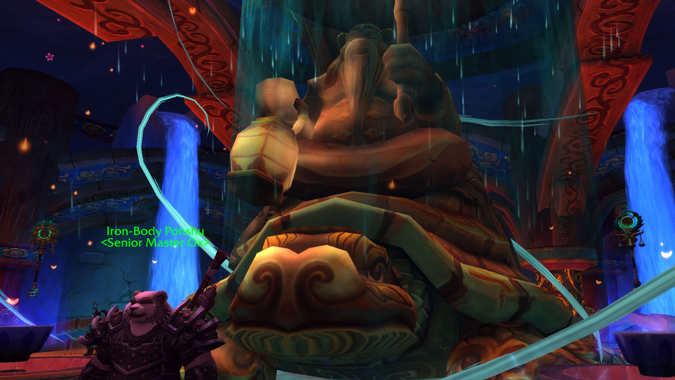 First: each and every tier will have some sort of passive. And second: you’re going to have a bad time if you want to go completely passive or completely active. That lead me to compare builds for both passive and active gameplay. But before digging into builds, bear in mind that raiders in Warlords will have 20+ item levels on the pre-characters in alpha, which start at ilvl 680. We’re not doing an apples to apples comparison because Monks on live will have better stats and more energy per second than Legion Monks do right now.

The passive build leads to holes in your overall rotation and with lower energy regen, gameplay feels pretty slow — though not nearly as unintuitive as the current rotation. You’ll still want to use Rising Sun Kick and Fists of Fury on cooldown, but you won’t have Chi Wave or Chi Burst, and there are no additional cooldowns to manage. This could work well for leveling, but in raids, you will still likely want some sort of cooldown to maximize your damage (and Mastery).

This leads to the active ability build. Here, the rotation feels far more fluid though are far more abilities to manage. There’s certainly a “roughness” to this build as it stands.

First, there’s the new talent: Energizing Elixir. This ability combines Energizing Brew and Chi Brew together, though works slightly differently. Rather than rewarding part of your Chi and increasing your energy per second, it fills both. Having full Energy and full Chi makes a player feel like they’re wasting resources.

Nevertheless, other talents in this build help fill in the holes felt in the passive build. Chi Wave and Spinning Dragon Strike allow you to keep your rotation fluid. Chi Wave still does not cost anything, but can be weaved-in when you have no other buttons to press. Spinning Dragon Strike costs 3 Chi, and is only castable when Fists of Fury and Rising Sun Kick are both on cooldown, leading to needing fewer Blackout Kicks for filler.

In other words, our ideal talent build will likely be a mixture of these two extremes rather than one or the other. Keep in mind, too, that this is likely to be tuned, but it probably won’t happen until much later on.

Confession: my bars are pretty full. See Exhibit A: 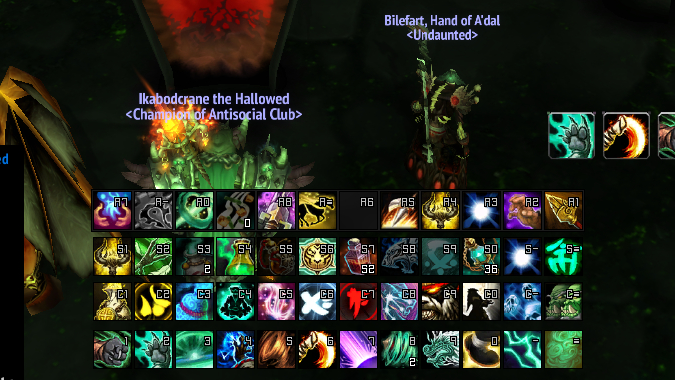 I’m sure I’m not the only Monk that logs into another character and immediately feels they’re missing most of their abilities.

To be honest, that’s about how it feels right now logging into Legion‘s Windwalker. I don’t currently have Bartender set up, but this is the gist of it (pardoning the awful scaling on this screenshot): 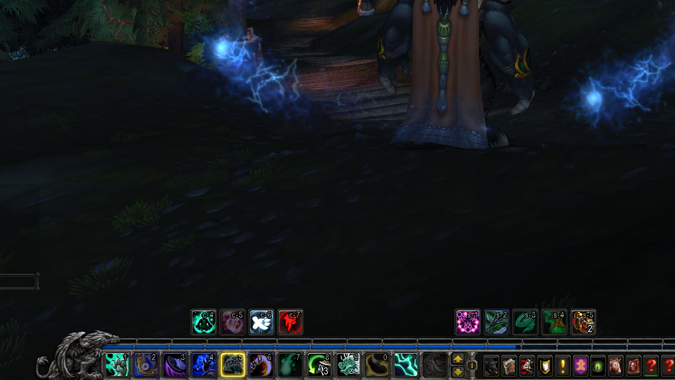 The only thing I couldn’t fit into this screenshot are my mount button on Alt-11,  andSpear Handed Strike, Leg Sweep, and Paralysis on an alternate bar. It does mean we should be able to condense our binds down into fewer keys. That’s not a bad thing; I already occasionally have to find odd keys for my own raid macros (the second Arcane Torrent you see on my live bars is actually a raid macro, as are a few other buttons). This change seems a bit unsettling at first, but the playstyle has certainly changed for the better — and fitting more “fun” toys and macros onto your bars will finally be doable. 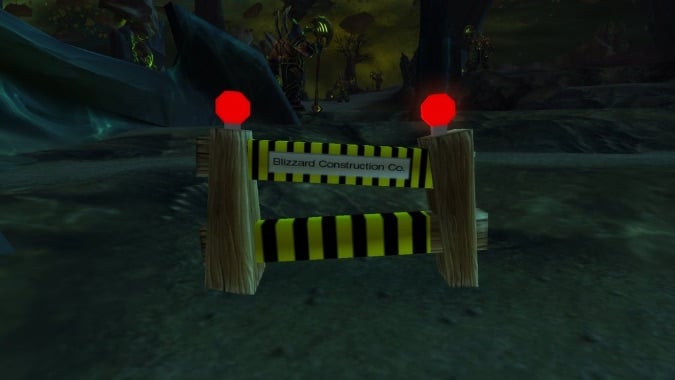 Final thoughts on the alpha Windwalker

Remember once again that this is still alpha. Nothing is yet permanent. Plenty of time exists for changes, and that means that if something doesn’t feel right, now is the best time to submit feedback either through the official forums or by tweeting the @WarcraftDevs account or making forum posts.

All in all, however, we finally have a Mastery that works — and said mastery even contributes to the “street fighter” feel of Windwalkers. And if you feel intimidated by too many buttons, Legion frees up a lot of space for you to customize your UI, with or without buttons.