SyFy’s Face Off focuses next episode on Warcraft movie 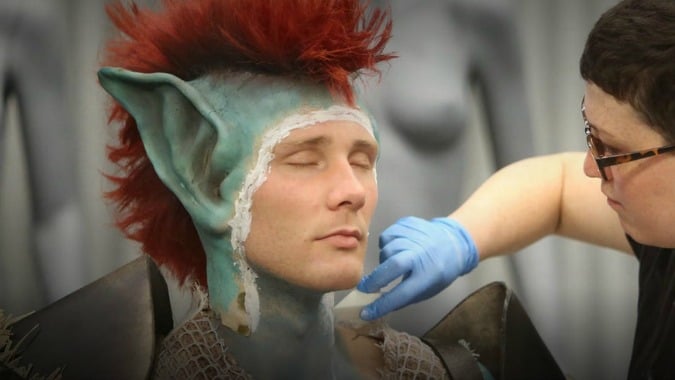 The SyFy network, home to a few of my recent favorite series (The Expanse, Killjoys, The Magicians), also airs a competition reality show, Face Off. In this weekly show, aspiring special effects make-up artists compete against each other to make weird and wonderful creations to one day work in the movie and television industry. And the theme of next week’s episode is World of Warcraft.

Blizzard will be hosting the competitors at the Irvine campus headquarters in Wednesday’s installment. Not much is known about what the weekly challenge will be other than it will tie into the upcoming Warcraft movie and that it will deal with the races of Azeroth. World of Warcraft Senior Art Director Chris Robinson makes a guest appearance to give the special effects artists their assignments.

You can see more in a sneak peek of the upcoming episode below.

The World of Warcraft-themed episode of Face Off will air on the SyFy cable network on Wednesday at 9/8c.

Blizzard Watch is made possible by people like you.
Please consider supporting our Patreon!
Filed Under: Chris Robinson, Face Off, Syfy
Advertisement