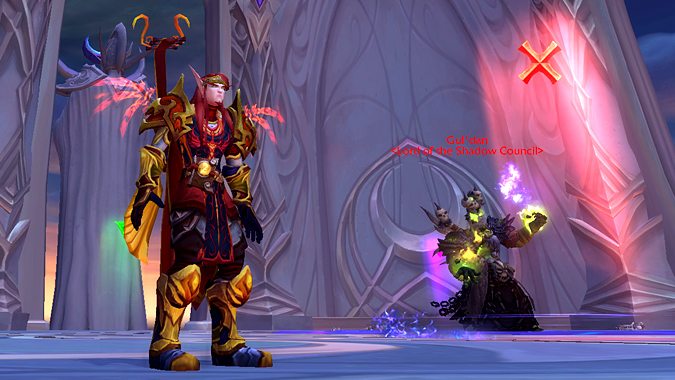 I love getting new tier sets. Not just for the obvious benefits they have on our healing numbers, but because they often encourage us to adjust the way we play to accommodate special procs, shortened cooldowns, or bonus spell charges. I find it tremendously fun to mix things up every now and then — it keeps the game fresh, and it rewards players who aren’t afraid to step out of their comfort zone and master a new style of healing. 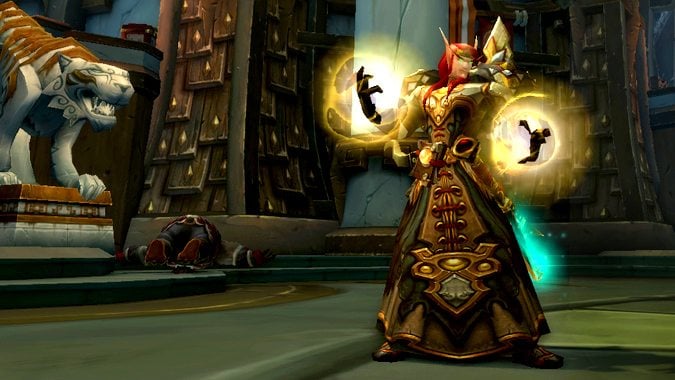 One of my fondest healing experiences is when I was using the Mists of Pandaria Holy Paladin Season 12 PVP tier set, which had an amazing 4 piece bonus: When you cast Word of Glory/Eternal Flame using 3 Holy Power, you gain 1 Holy Power. This bonus was so good, Holy Paladins were raiding with it instead of our regular PVE Tier 14 set, despite the PVP set being 40 item levels lower. In fact, we ended up using the PVP set all throughout Mogu’shan Vaults, Heart of Fear, and Terrace of Endless Spring, with Blizzard nerfing it thrwwwee separate times before they finally gave up and just changed the bonus to something else entirely.

Just why was this PVP set so good? At the time, Holy Paladins would normally build Holy Power slowly, mostly via Holy Shock. After accumulating three Holy Power, we would then spend it on Eternal Flame, a powerful heal-over-time. We could also generate Holy Power via Holy Radiance (an AOE heal) or by casting Flash of Light on our Beacon of Light target, but unlike Holy Shock, these two spells were very mana-intensive, and it wasn’t wise to cast them too often. Finally, using Crusader Strike also generated one Holy Power, but of course, that meant you had to be in melee.

Players realized that while using the Season 12 PVP set, they could completely abandon the standard “slow build” Holy Power style, and instead devote nearly every global cooldown to generating Holy Power. The Holy Power refund provided by the 4 piece bonus meant that mana rarely became an issue, and Holy Paladins could literally cover the entire raid with Eternal Flames, a shockingly effective tactic that would normally not be possible.

Healing in this manner was a sharp deviation from our regular playstyle — we essentially stopped using half of our healing toolkit (generally speaking, if a spell wasn’t Eternal Flame or a Holy Power generator, we didn’t cast it), and you had to stand in melee to maximize Crusader Strike usage. And of course, you had to get your hands on the PVP tier pieces to begin with. As a result, some players found it difficult to get used to, or refused to even try it. Which is a shame, because it was really good!

I fully admit that this PVP set bonus, especially in its original, un-nerfed state (it originally give back one Holy Power even when spending a Divine Purpose proc), was quite overpowered. But only if you were willing to try it! 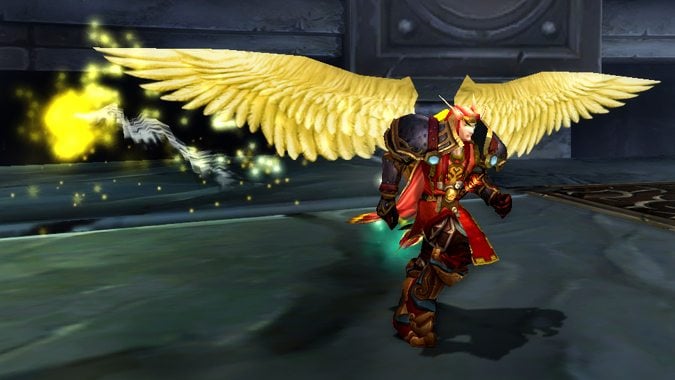 In contrast, I get so bored with tier sets that boost your healing numbers but have no discernible effect on how you play. These set bonuses may be effective, sure, but they’re just not interesting! Increased Beacon of Light healing? Eh. Decreased mana costs on one of our AOE heals? Appreciated, but ultimately forgettable.

I feel that tier bonuses are great opportunities for Blizzard to shake things up for players and experiment with fun ideas. We’ve seen tier bonuses become baseline abilities later on, when Blizzard has liked how the class feels with those bonuses active. And if a set bonus doesn’t work out as well, or isn’t as popular? It’s left behind and forgotten when the next tier set comes out, anyway.

One of the more memorable tier sets in recent history was our Tier 17 set (Blackrock Foundry), with bonuses of 2 piece: When you cast Light of Dawn, you have a 20% chance to also be able to cast a free Flash of Light, and 4 piece: When you cast Flash of Light, you have a 20% chance to be able to cast a free Light of Dawn. I don’t know who at Blizzard came up with these bonuses, but I admire their sense of style.

Now truthfully, this is probably too much RNG to make for a truly “good” set of bonuses. I definitely remember hearing a lot of grumbling about it at the time. But that synergy! That immediate urge to combine these bonuses with Divine Purpose! It may not have been one of our more powerful tier sets, but it was definitely interesting. And temporary — our Tier 18 set (Hellfire Citadel) was back to a pair of generic beneficial-but-unremarkable bonuses. 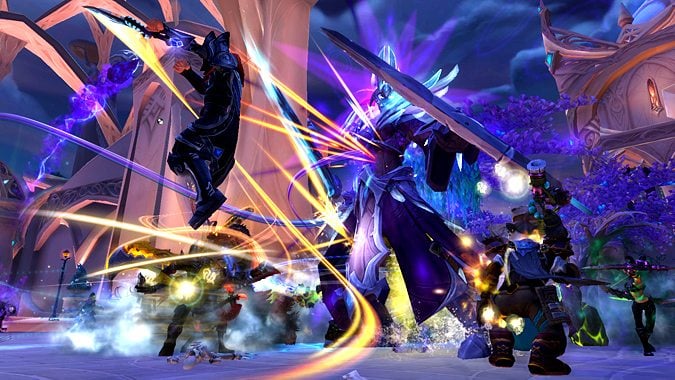 As readers of this column probably know by now, I’m a big fan of the Battle Cleric playstyle, where we take Crusader’s Might and hammer away with the Silver Hand. This results in more frequent casts of Holy Shock and Light of Dawn, and then we pump up Light of Dawn a bit more with Beacon of the Lightbringer.

Now, all throughout Emerald Nightmare and Trial of Valor, the numbers were very clear — the Battle Cleric build was not the best build when it came to raw healing numbers. But that’s okay — its value came from putting up still-solid healing numbers, but also adding in bonus tank-level DPS, something my raid has found very handy on multiple occasions so far in Legion.

This experiment failed. When I used the Battle Cleric rotation, I discovered that I was actually running out of global cooldowns. I was getting so many Infusion of Light procs that I was either wasting those procs by casting Holy Shock again before they had both been used, or I was wasting the reduced Holy Shock/Light of Dawn cooldowns that come from Crusader’s Might. While the 4 piece bonus was both fun and effective, I was disappointed to find that it just didn’t really work for Battle Clerics.

A few days later, I was thinking about that old Mists Season 12 PVP set, and how using it effectively meant taking our standard healing playstyle and throwing it out the window. If my problem was having too many spells to cast all at once, maybe I could solve it by…casting fewer spells?

The next time we fought Star-Auger Etraeus, I gave myself the following goal: the only heals I would cast would be Holy Shock, Infusion of Light-charged Flash of Light, and Infusion of Light-charged Holy Light. Every other global cooldown would be used on either Crusader Strike (to refresh Holy Shock), or the occasional Judgment to maintain Judgment of Light. No Light of the Martyr, no Light of Dawn (despite how often it would be available from Crusader’s Might), no regular, non-empowered Flash of Light or Holy Light. Of course, since I wasn’t casting Light of Dawn, I took Beacon of Faith instead of Beacon of the Lightbringer.

Here’s how I ranked that night against other Holy Paladins in my item level range. 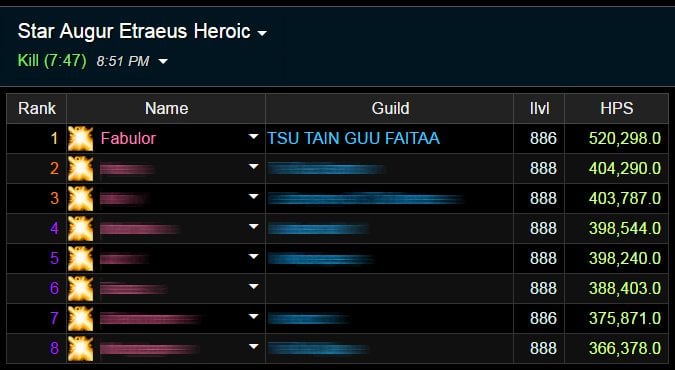 I was hoping for good results, but I didn’t expect such a drastic lead over other comparably-geared Holy Paladins! I’d say this second test definitely qualified as a success.

Does this mean we should be going Battle Cleric and taking Light of Dawn completely off our bars now? Nope! Crusader’s Might is still real bad on any fight where you can’t park yourself in melee the whole time, and we’d really suffer using this build on AOE-heavy fights, since — surprise! — our AOE healing really sucks when we never cast our primary AOE heal.

To make matters hilariously worse, our new gold trait Sacred Dawn and both of our Tier 20 set bonuses are based off Light of Dawn. Man, Blizzard really doesn’t want us to stop using our Holy flashlight, did they? 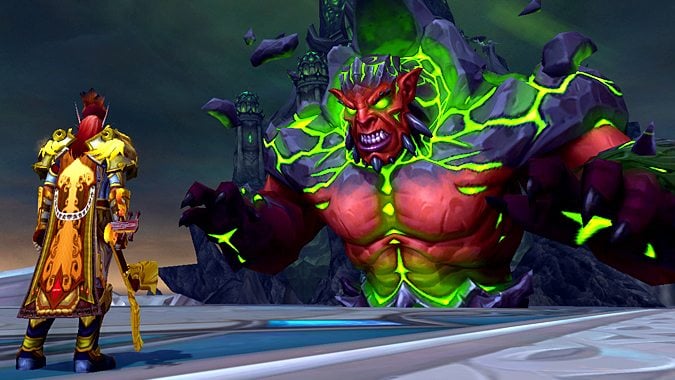 So what’s the moral here? It’s simple, really: always be thinking. When you get a new tier set bonus, or a new special trinket that does something strange, don’t just throw it on and forget about it! Think about what this new bonus means: how it works, and how you can maximize its effects. Does it synergize especially well with any certain talents, cooldowns, or stats?

Take another look at those upcoming Tier 20 2 piece and 4 piece bonuses. If you don’t take these bonuses into consideration (specifically the part where your target actually matters) and adjust your play appropriately, you won’t be getting anywhere near full benefit from them. (I also think these bonuses are very poorly designed, since we almost never have friendly players targeted, but that’s a rant for another day.)

If you are interested in being a Battle Cleric in Nighthold, I suggest trying it on Skorpyron, Chronomatic Anomaly, Krosus, and Star-Auger Etraeus. I find you end up running around out of melee range too much on the other bosses.