Can you make a Super Hole in One? 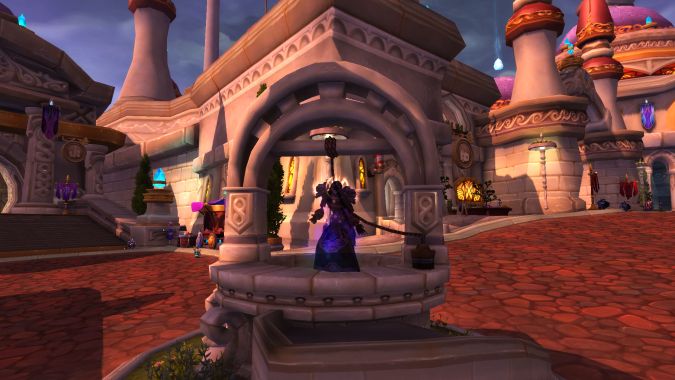 The internet is a strange place — you never know when it will latch onto something small and expand on it until it’s spread like wildfire. Such is the case with the ‘Super Hole in One’ challenge that appeared on the World of Warcraft subreddit a little over a week ago. Essentially, one Rogue decided to have some fun with the Dalaran well that teleports you into the Underbelly. Rather than jumping in the normal way, this Rogue went to the top of the Violet Citadel, used his Survivor’s Bag of Coins to propel himself backwards, and still managed to land directly in the well. It was impressive and worthy of the Rogue’s self-decided title of Super Hole in One:

Super Hole In One

But that wasn’t the end of it. Another Reddit user decided to up the ante with an admittedly astonishing shot that, frankly, I can’t ever see myself attempting more than maybe once or twice. Why? Because “Flying Falling Flame Hole In One from a zone over” is exactly what it sounds like. From there, the challenge expanded and more and more users were showing off ways to make the perfect shot using a specific class. A “Druid edition” surfaced, a “Warrior edition,” and numerous others all appeared on the subreddit.

The meme got so popular that, of course, the WoW team itself had to get in on the action. Their attempt was… not quite as elegant as others. But does that make it worse than them? Personally, I think it’s the best one yet:

Hey /r/wow this 'Super Hole in One' thing… are we doing it right? 😅😅😅 pic.twitter.com/aVOD6DSRre

I know that I’ll be keeping this on my list of things to do with my raid team on off-nights. In the past, we’ve competed for who could be the best at Lawn Darts — jumping off a floating platform in Nagrand and landing closest to a specific raid marker — but I think a Super Hole in One challenge will add a nice twist to our usual shenanigans. In the meantime, here’s one more GIF for the road, along with a nice roundup courtesy of Icy Veins.

Happy aiming, folks! Feel free to share your attempts below.

Blizzard Watch is made possible by people like you.
Please consider supporting our Patreon!
Filed Under: Super Hole In One
Advertisement