Heroes of the Storm doesn’t force a 50% winrate, merely encourages it 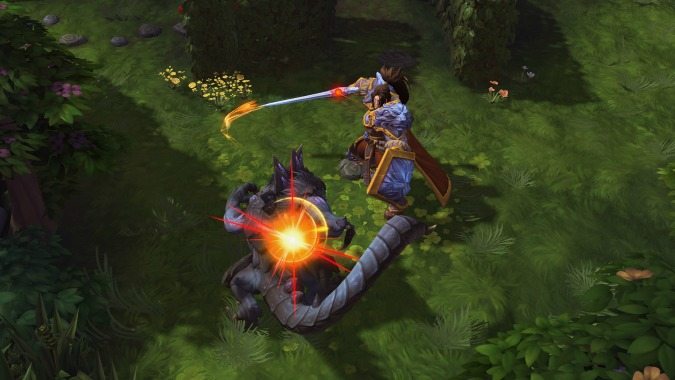 {PB} In all of Blizzard’s competitive games, the mythical 50% winrate is held up as both a blessing and a curse among the community. When looking at balance, players consider something only truly balanced if it has a 50% winrate — and if they go on winning or losing streaks, the matchmaking system is often blamed. In these cases, players tend to assume the system is ‘fixing’ their matches to bring them back in line with that 50% winrate.

A recent blue post on the Heroes of the Storm forums attempts to debunk this belief, but in the end, it might all come down to semantics and perception.

We’ve seen some responses in this thread regarding a “Forced 50% win rate,” and we’d like to lay that to rest: The goal of the matchmaker and rating system is not to have every player win 50% of their matches, but rather to bring every player to skill rating where they are expected to win 50% of their matches due to being matched against other players of comparable skill. The matchmaker will not punish a player for winning a majority of their games by intentionally pairing them with other players of lower skill rating. If you are an excellent player and go on a 10 game winning streak, the matchmaker has no obligation to stop you from continuing to win. What will happen is that the game sees you performing at a higher skill level and will try to match you with and against higher skilled players to see if you can continue to win, or start to level off.

In other words, the system isn’t going to punish you for winning to maintain a pre-assigned 1:1 win/loss ratio. However, the system is still designed to put you in a place where your chance to win is roughly 50%. It’s an argument of phrasing more than anything else because, in the end, the outcome is the same: you’ll win until you start to lose. This reminds me of what, in the professional world, is known as the Peter principle:

The Peter principle is a concept in management theory formulated by Laurence J. Peter and published in 1969. It states that the selection of a candidate for a position is based on the candidate’s performance in their current role, rather than on abilities relevant to the intended role. Thus, employees only stop being promoted once they can no longer perform effectively, and “managers rise to the level of their incompetence”.

If you’re losing too often, the system will adjust, putting you in situations where you’re more likely to start winning. The system isn’t forcing a 50% winrate out of spite —  it won’t match you with lesser-skilled players just to drag you down. However, it certainly will adjust the sort of matches you wind up in until you finally start to lose — or win, as the case may be.