The Queue: This dragon escaped from the Internet 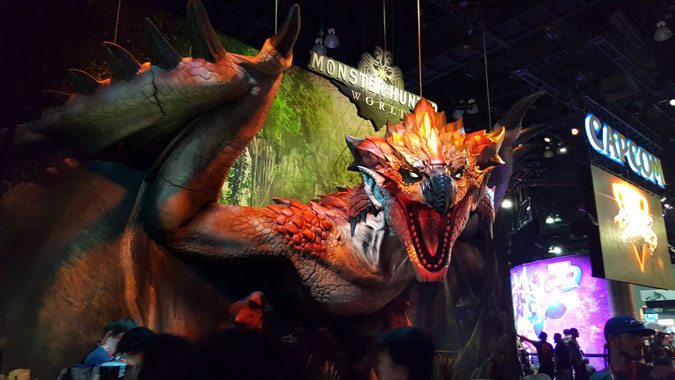 Guys, E3 is pretty legit crazy. I got to meet up with our very own gone but certainly not forgotten Fox Van Allen, wander the halls, take in the scenery, not get eaten by wayward dragons, and play some video games. I think I still prefer BlizzCon though — E3 is a convention, but BlizzCon always feels like the biggest family reunion ever. Oh, and I’d also like to thank Alex for covering for me last week while I was away. Let’s get on to your questions!

I see Anne has returned so Q4tAnne: What details can you share from your super duper top secret mission to Blizz HQ?

I had a lovely time meeting and hanging out with various members of the Community team out there, the campus is just as beautiful as it’s ever been, the on-campus Starbucks makes excellent lattes, that Tracer statue is way bigger in person,  and I was given absolutely no spoilers on upcoming content. It wasn’t a news trip, it was a meet and talk to people trip, basically, and I had a wonderful time doing both!

Which expansion do you think had the best intro music? I could listen to the intro to Wrath all day long…

Honestly, I think I loved Burning Crusade the most. It was a straight up variation on the original intro that led into some really beautiful themes. But I also really liked Warlords of Draenor, and I really love Legion, too. And Mists of Pandaria. And…you know I love them all to pieces, really. Burning Crusade is still top ranked, but it’s like comparing gold coins – that one just looks the slightest bit…shinier, in my own personal opinion.

Ah, the Ice Stone, annual harbinger of that hallowed summer event, the Midsummer Fire Festival. Every year players travel all across Azeroth starting fires, putting fires out, and generally giving the Azerothian Parks Service a headache. But do the Ice Stones melt? Yes and no. While you’d expect an Ice Stone to melt when located in, say, the overwhelming desert heat of Silithus, or the scorching wastelands of Hellfire Peninsula, they will remain intact, blissfully unaware of neither global temperatures nor the basic natural laws of physics. {PB}

Yet there is one stone that melts without fail, every year. This stone is located in the Slave Pens of Coilfang Reservoir. Once the Ice Stone has been disturbed it will melt, signaling the arrival of Lord Ahune, who as the Lord of Ice is understandably annoyed with your meddling and your poor life decisions. Defeat him for the shiniest of shining rewards.

“But wait!” I hear you say. “What about that one time that everyone on the server heard this strange announcement? What did it mean?”

In patch 3.0.9, a rogue server hamster with a penchant for wire-chewing picked the wrong one to masticate, and caused a glitch in the system. A tear in the matrix of time and space, if you will. And for a brief period of time, we were told the Ice Stone had melted. We were told again, and again, and again, although there was no Ice Stone to be found, anywhere on Azeroth or Outland. The hamster was caught, firmly chastised, the glitch was corrected, and all was well.

We’ve never heard from that hamster again, though.

As to your second question…sure, why not?

Q4tQ: I haven’t got Overwatch. If I redeem the Twitch Prime code, will I be able to open the lockboxes when I eventually do buy it?

Nope! You must own Overwatch to redeem the code – it says as much on the promotion page. If you don’t own the game, you won’t get anything. You have until August 10 to pick up the game and grab your Golden Loot Box, however!

Before I got the Demon Hunter mount: Meh, kinda ugly, I’ll likely not use it.
After I saw the mount animation for it: I LOVE THIS MOUNT AND I’LL NEVER USE ANOTHER. Q4TQ: Did your opinion on a class mount change after you acquired it?

Yes, actually. I was really looking forward to the raven mount that Rogues get. Unfortunately, the little bugger doesn’t actually land. He just…hovers, flaps his wings and makes a general nuisance of himself. I don’t really like mounts that do that — it’s about the most obnoxious thing ever when you’re next to any NPCs. So I rarely use him, which I’m kind of sad about. But hey, the quest to get him was pretty fun!

Doing the rogue mount quest…. can the silvermoon graveyard possibly be any farther away for this?

Buddy, you should have seen the run back I had to make to Stormwind. Repeatedly. In quick and disastrous succession. I feel your pain, and as a fellow Rogue, I salute you regardless of faction discrepancies. See you in the sewers.