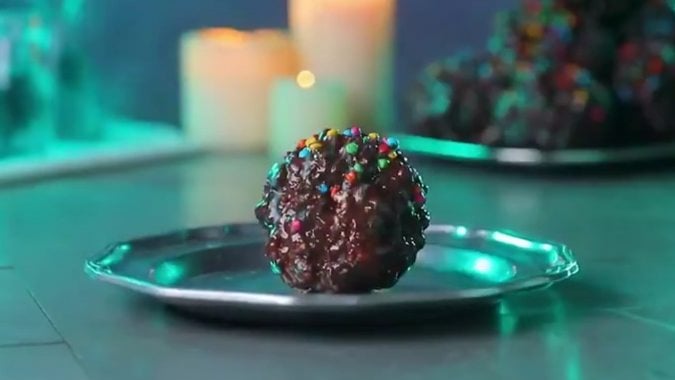 The Overwatch community has a fixation with food. First it was pancake Lucio, now Junkrat’s evil alter ego Dr. Junkenstein himself is cooking up appropriately bizarre Halloween treats. In the Twitter video below, which seems to be a cross-promotion with foodie fav Tasty, you can watch Junkenstein create some of the most decadent popcorn balls you’ll ever see.

Blizzard Watch is made possible by people like you.
Please consider supporting our Patreon!
Filed Under: Cooking, Dr. Junkenstein, Food, Holy Crap That Is Way Too Much Popcorn, Tasty
Advertisement