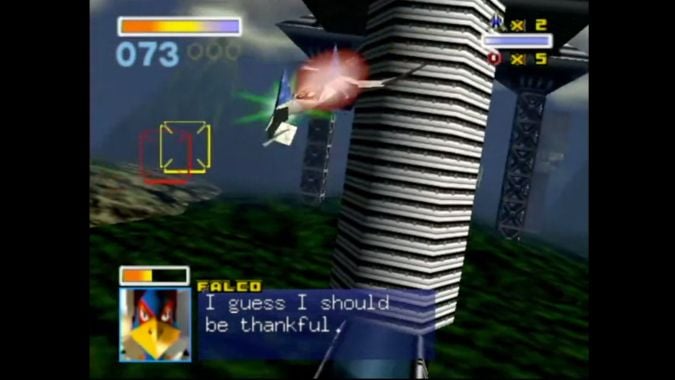 I can hear those words perfectly. In fairness, though, I can hear pretty much every line from that game perfectly. I’ve played it a lot.

Anyhow, this is a Thankful Queue. Let’s do it.

MUSEDMOOSE ASKS ABOUT SOMETHING THAT WILL HOPEFULLY GIVE ME ENDLESS CHOICE ANXIETY:

Since Shadowlands is bringing in a bunch of new customization options, what’s your dream customization? Is there a particular hairstyle, tattoo, or other thing that would make your character as awesome as you imagine them to be?

He’s the ironic thing with new customization options: I really want them, but there’s almost no way I’ll use them on my main. I’m so attached to how he looks now, I’m not sure I’d ever actually change anything about him. And I really only ever play my main, which means I’m actually going to use them very little in general. Bad, man, do I want more customization options anyway.

I think one thing I may be fine changing would be eye color, though, and I’m really hoping we get some sort of color wheel for eye color. Heck, I’d like a color wheel for more options in general — but eye color especially.

RED ASKS ABOUT MY LEAST FAVORITE THING IN FANTASY:

Q4TQ: do you think Blizzard will use the Shadowlands excuse to actually bring back some dead characters permanently?

Sweet Yogg, I hate bringing people back to life. I really am not a fan of bringing the dead back in (almost) any capacity, but it’s something I just sort of accept. That said, I don’t think they’d completely resurrect a character, but I can see them bringing a dead character back as a ghost mentor or something like that. Like, maybe Uther’s spirit is at his tomb more often to provide guidance to Paladins.

I want to give Blizz the benefit of the doubt here, though. I don’t think they’ll overdo it, even if they do try to bring back characters. I can see them revisiting the dead to resolve storylines (like Saurfang seeing his son), but it would be a shame to expand the world with an entirely new realm only to have it be an excuse to retread the “old favorites” they miss.

I’m not sure that really answers your question. I guess the straightforward answer is “Yes, but hopefully no more than one.”

SAEWEN PINHA WANTS TO LOOK GOOD, NOW AND IN THE FUTURE:

Will heritage armour still be obtainable in Shadowlands? I mean, they’re making levelling way easier and they’ve taken stuff away from us for less before.

Yes! Heritage Armor is not going away, and you’ll have to reach level 60 (the new cap) to get it. As someone who loves the armor but hasn’t actually gotten any yet because I’m tired of leveling, I’m absolutely holding off because it will be easier. Will I actually get it? Who knows. But I’m certainly not doing it until Shadowlands at least.

JUNKERMAGE RC ASKS ABOUT THE HOLIDAY:

Q4tQ: Outside of the meal, what are your Thanksgiving Day “traditions” (even if it’s just sitting around playing video games like normal)? What is your favorite Thanksgiving dish?

Before I moved away, I would always spend it playing different games with my family after the big meal. Either penny poker (my grandma had a giant jug just filled with pennies that she would break out for the holidays) or jenga or, more recently LCR. Now I do a friendsgiving with church friends and we usually play UNO or some other non-gambling card game.

Honestly, we don’t have any extra special traditions outside of just getting the family together for lots of food. My family all lives pretty close, though, so it’s understandably not as unique a feeling when we see each other for birthday parties and other holidays and such plenty throughout the year.

Favorite food? Hmmm… If someone happens to make them, cheesy potatoes for sure.

ARTHONOS ALSO ASKS ABOUT THE HOLIDAY BUT… IN A DIFFERENT WAY:

Q4tQ: Some families have a tradition of proclaiming what they are thankful for in the past year. What do you think N’Zoth is grateful for this Thanksgiving?

I would assume N’Zoth is thankful for players continuing to be very, very dumb. If you think about it, most of the issues we have in WoW are the result of our characters doing something stupid in the name of trying to do something good. Freeing Gul’dan in Warlords is one of the more egregious examples of this, but it still happens a lot, and it’s the entire reason he’s unchained now.

RJAGODA HAS A NON-WOW, NON-HOLIDAY QUESTION:

Q4tQ: If you play Overwatch, how do you feel about the role queue lock? Personally, I really enjoy it. It forces a good team comp, and as a tank/support player the free lootboxes/credits are nice too.

I quite like it as well, pretty much for the reasons you listed. That said, I wish there were a better solution to DPS queue times. I don’t think making Quick Play Classic the default and adding an “Unranked Competitive” would necessarily fix things, but as someone who mostly plays Competitive and uses Quick Play to relax, I haven’t really done QP since the change. I always opt for the Classic version in the Arcade.

But still, I like it and have generally found my games to be more successful as a result. I still do miss those last-minute switches from DPS to Hammond, though. I could save entire matches that way.

Q4tQ: Any video gaming deals you’re looking to take advantage of this weekend?

I’m doing my best NOT to look too closely at gaming deals, because I really shouldn’t be spending money on new games right now. Even if I had the money, I definitely don’t have the time. So honestly? Not really. Which is kind of a bummer, because Black Friday deal shopping can actually be really fun (to me).

ENO CLOSES US OUT WITH A THINKER:

Is it possible for a turkey to tap into the dark powers of the Void?

It is 100% possible, yes. I’ll let all of you debate what exactly happens when the two meet, though.

That’s it for today! I hope you all have an enjoyable holiday (if you’re celebrating) and that family get-togethers are fun, not frustrating.