The Queue: Within Temptation 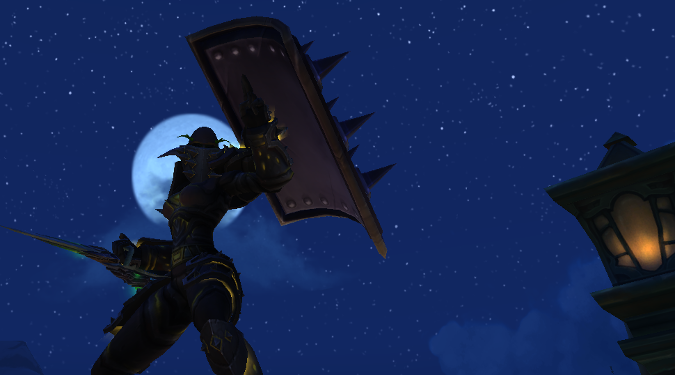 Today’s header image reminded me of an album cover.

It’s the Queue. Who’d we think we’d fool, Queuevians, digging our own graves?

BLOOD KEEPS DRIFTING GRAYSWINDIR’S WAY CERTAIN OF ITS DESTINATION
Q4TQ: Just read that Bonus rolls are going away. And that they only see 3 ‘real’ methods of playing WoW. And nowhere in it does it address Casual players like myself. Is there any Bad Luck Protection in Shadowlands? And can we finally get Mythic+ Dungeons Queueable?

I don’t think we’ll get Mythic+ dungeons as queueable, though. It doesn’t really fit the way they’ve set up Mythic dungeons, which are intended to be a more difficult, more organized form of five player dungeon content.

WILL THESE DREAMS STILL FOLLOW ZUEL OUT OF DARK OBSCURITY?
At the end of BC we see Arthas saying he sees only darkness. That is also said to be why Sylvanas made her deal with the Val’kyr to avoid [perma-]death. And now we see that part of Uther’s soul is missing[?]. Sylvanas and Uther were both killed by Frostmourne, likely splitting their souls [Uther is missing part of his according the short], and there’s the Icecrown story of Arthas’ spirit as a boy running about having us do things.
Is it possible that the reason Arthas and Sylvanas only see blackness is because the part we know as Arthas the Lich King and Sylvanas the Banshee are the parts stolen by Frostmourne [and released], but the rest of their souls have, like Uther, already gone onto the Shadowlands?

I mean, sure? It’s possible. No idea if it’s what happened or not, but if that’s the story they decided to go with. The Matthias Lehner questline does sort of seem to imply that Arthas was divided in some way, and we did see Sylvanas’ deal with the Val’kyr in Edge of Night, although that doesn’t necessarily mean that her or Arthas’ souls were divided like Uther’s was — we still have a lot to learn about that.

But while I have no idea if that’s what happened, it’s at least potentially viable.

Q4tQ: How far into the next expansion does your current gear have to last until for you to feel it was “worth it”? On one hand you could argue that the time spent wearing the gear now makes it worth it, but given how players reacted to replacing Naxx 40 gear with greens during BC I doubt we would ever see that approach again. Normal Ny’alotha gear looks like it will last us roughly halfway through leveling in Shadowlands, but oddly it looks like Heroic or Mythic geared players might not be replacing anything until they hit level cap, which seems like it is too far in the other direction. Where does that sweet spot for replacing your gear between expansions fall for you?

I replaced my Sulfuras with a dungeon blue in The Burning Crusade but I don’t talk about that dungeon blue and here I am mentioning Sulfuras.

It’s corny, but I got my use out of that gear. It did what I needed it to do. Now it can go. I’m looking forward to raiding with friends, but I don’t care if I step into those raids in a solid set of greens at this point.

STEWART TOLHURST, RAIN FALLS DOWN FROM THE NORTHERN SKIES LIKE POISONED KNIVES WITH NO MERCY

Is anyone else disappointed we haven’t had any closure on the wound in Silithus?

I’d be careful about asking for closure around here if I were you. Learn from my mistakes.

As for the sword wound in Silithus, I suspect we’d have to take that giant sword out first, and from what I know of first aid and triage, just yanking something out of a stab wound like that tends to lead to a lot of bleeding and is generally frowned upon. Until we have Azeroth stabilized and are prepared to deal with the consequences, I think taking that sword out is a definite bad idea.

TRYIN’ TO GET CONTROL PRESSURE’S TAKIN’ ITS TOLL ON HIEF

I want to finally find Mankrik’s wife in the Shadowlands.

I do too. I’d love to find her in Maldraxxus killing literally everything that comes near her, and she should give a quest to find Mankirk, because she doesn’t know she’s dead.

YOU DON’T WANT TO HURT JALAMENOS, BUT SEE HOW DEEP THE BULLET LIES

Q4tQ: Is there a market for “Classic Burning Crusade” servers?

Honestly, I have no idea. I’ve written about it before, and I suspect there’s probably enough people to warrant it, depending on how they go about implementing it. But I really don’t know how many people are currently playing WoW Classic on a regular basis right now.

Still, the sheer volume of players who embraced WoW Classic when it came out would seem to make it at least worth considering. I wouldn’t be surprised to see TBC servers of some variety in WoW Classic by next year.

Darling, how would it feel if you asked questions for tomorrow’s Queue? It would feel good. You should do that. Thanks for sticking around, see y’all next week.

Blizzard Watch is made possible by people like you.
Please consider supporting our Patreon!
Filed Under: Playlist Queue
Advertisement