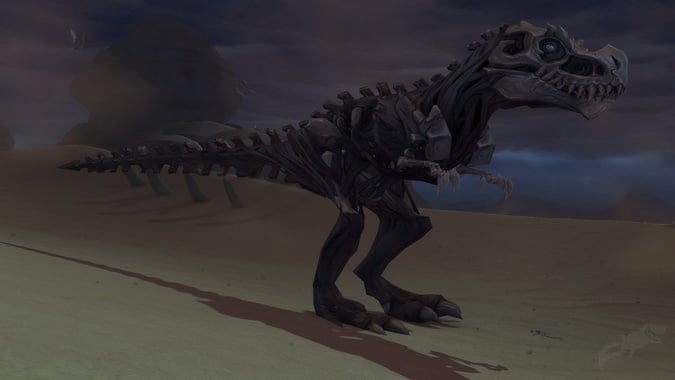 Y’all had a lot of comments about Mollie not dropping off that one world boss yesterday, but thankfully, you also had a lot of questions. Also, that bug has been fixed and Mollie is once again dropping!

Let’s celebrate with a Queue, shall we?

FUZZYBUNNY WANTS TO BE COMPLETELY PREPARED:

So, the xpac goes live 5pm Eastern on Monday?

Close! It actually drops at 6:00 p.m. Eastern on Monday (11/23). It’s a global release, so be sure to check what that means for your timezone, though.

Q4tMitch: some balls are held for charity, and some for fancy dress. Are [REDACTED] [REDACTED]?

That’s what I have to say to your original question.

SIBYLLE MAKES ME SO MAYAD:

Q4tQ: Which character’s development/story are you maddest about, and why is it Yrel?

(actually, Vol’jin gets my vote, but then that’s expected, because it’s me)

Time will tell, because I’m very nervous about what they do with Sylvanas. And despite Yrel arguably having the toughest break, it’s still not the one that upsets me most. Standard caveat that I’m probably forgetting something (WoW has a lot of lore, y’all), but I think I’m actually most upset about Thrall.

Look, I get that he’s a major lore character. I get that he’s basically Metzen’s baby. But he’s just not an interesting character to me, and I actually liked that his story had seemingly ended with him realizing he’d messed up and retiring to a different planet to have a family.

Don’t get me wrong, I’m not criticizing the writing here — it makes sense why Sylvanas would try to kill any potential Horde leadership and why he’d come back as a result of that. But I just don’t like the character all that much, and I don’t find his return all that compelling. Give him too much to do and he’s accused of stealing the show like he’s done half a dozen times already. Give him little to do and it starts to feel like he’s around just to be around. It’s just not really a story I’m interested in.

KALCHEUS WANTS TO BE A SNEAKY ROUGE:

Forsaken. I mean, I know I just complained about Thrall’s return, but it’s hard to argue that the Forsaken assassins didn’t look totally awesome — they just went in with a lower item level than they needed.

MYRAMENSGONE IS BACK AND READY FOR TEARS! SORRY, TIERS*:

I resubbed for shadowlands and I’m a bit out of the loop… What happened to Tier armor?

First of all, welcome back! You picked an exciting time to return :)

As for Tier armor, Blizzard removed that in BFA. They gave some reason or another for it, but I’m pretty sure it boiled down to being one too many things to balance alongside Azerite Armor (whether they outright said that or not). There are still Tier-like sets for all the armor classes (cloth, leather, mail, and plate) but they don’t have set bonuses at all.

They’ve said that it will likely return in Shadowlands, but unfortunately not at launch. I hope it’s not something they rescind, though, because I genuinely miss Tier gear (even if the cloth did look pretty cool sometimes in BFA).

RUKA WANTS TO TEST THE WATERS:

Q4tQ: Will my characters get to test each Covenant ability before finalizing on their choice?

I believe I’ll be most influenced by the fun-factor of how my rotation and gameplay changes with the new ability. eg Death Chakram sounds super fun for my hunter, but maybe I’ll find it underwhelming and maybe Flayed Shot will feel more satisfying.

You won’t quite get the full, complete feel for a Covenant before choosing, because the max-level choice involves things like Soulbinds and Conduits. But! While you level through each zone, you do get the two abilities from that Covenant to play around with — one for the Covenant at large, one specifically for your spec. You may want to run a few dungeons while leveling in each zone to see how the abilities feel in group content, though, just because it’s a different feel compared to soloing.

Also worth noting that 1) your alts can jump right into Covenant choice once you’ve made the decision on your main and 2) it’s easy to leave a Covenant at max-level, but hard to re-join one you’ve left.

MUSEDMOOSE ASKS ABOUT ONE OF MY FAVORITE TOPICS:

Q4tQ: do you have a transmog prepared for going into Shadowlands?

I decided to use the Darkshore Warfront for my main, since she got the staff from Nathanos and the cinematic made it seem like an excellent time to bring back this outfit. But as an engineer, she can’t entirely go without goggles.

Yes and no. At the moment, I’m rocking my Tier 3 set with the Void-y version of the Holy Priest Artifact. I like this look and have no plans to change it.

That said, it’s not specifically my leveling transmog or anything like that. To be honest, I actually love NOT transmogging while I level through an expansion for the first time. That way, when I take my “I just hit max-level!” screenshot, I can see how silly I look.

Alternatively, my Arthas costume is gonna be my BFF through the final stretch of leveling. (Sadly, I only have 4 charges left and totally forgot to grab the item again during Hallow’s End).

JALAMENOS CLOSES US OUT WITH SOME SILLY:

Q4tQ: If BfA was the mythical “South Seas” expansion, is there still hope for Corgis Unleashed?

110% absolutely yes. Though they may no longer be Fel Corgis. Maybe we get a bunch of different Corgis (Void, Light, Death, Fel) all fighting for our World Soul.

…Wouldn’t that be adorable?

On that note, that’s today’s Queue! Good luck to those still seeking Mollie, and be sure to leave lots of questions for tomorrow’s writer!