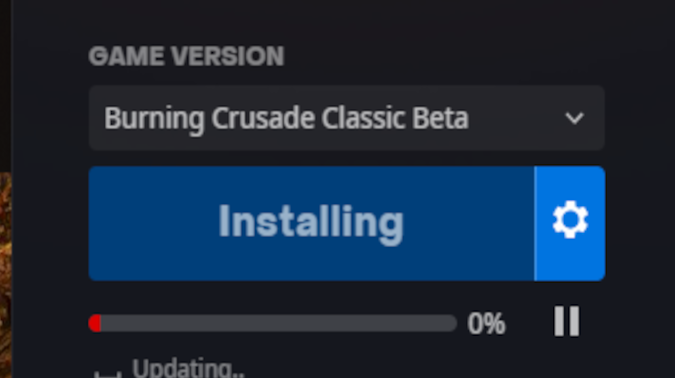 Nostalgia, man. It’s a heck of a drug.

It’s the Queue. You can’t go back again, but you can pretend really hard.

Liz is covering my Queue next week so I can get my eye injections, so here I am, doing hers. Remember to ask those Hearthstone questions next Tuesday!

Q4TQ: What is the best Blizzard related April Fool’s Joke and why is it World of Warcraft: Undermine? Seriously as a goblin main it not being real breaks my heart.

However, since I don’t agree with the answer, I’ll say it’s Blizzard Outcasts: Vengeance of the Vanquished. Because I like it better. That’s it, I don’t have a complicated reason. I just dig the idea of a Blizzard fighting game featuring various Blizzard characters who got spanked in their original games coming back for revenge.

Mitch could quit all his jobs and devote the rest of his life to mayhem and destruction and he would still be less evil than that person you mentioned. In the words of Stormbringer when it killed Elric, Farewell, friend. I was a thousand times more evil than thou.

Yes, I’m saying that a demonic evil runeblade that consumed a universe is a proper metaphor for how evil the person who started Facebook is. I’m probably underselling him, to be honest.

SILVERKEG, FOR WHEN YOU WANT A VERY EXPENSIVE WAY TO TRANSPORT ALCOHOL

So, if the illustrious Mr. Rossi is correct then Dr. Who must be wrong and time is not at all wibbly-wobbly.

First off, time is just a way you perceive the universe’s constantly changing level of entropy. It’s not real. Universal entropy fluctuates and the physical state of all the matter and energy in the cosmos changes accordingly and this process is perceived by us as ‘time’ but that’s just a way for us to grasp and explicate the fact that things are constantly changing.

You are born, you age, you die. You can’t go back to a state you remember being in — the past — because it’s gone. You can retain an awareness of those changes, but they happened, they’re finished, they’re done. You remember them because your brain changes and those changes leave marks on your brain, and those marks are the chemical markers of memory itself.

So time is a fixed point in space because time is space. They call it spacetime for a reason.

Secondly, even if everything I just said is to be disregarded and we’re accepting the idea of time as something that exists, if that were the case, the ability to travel in time and retain ones existence outside of time would render one capable of subjective insights into time’s nature only accessible from observation of time from such a perspective. In other words, to someone who can travel anywhen, time would be quite different than it is to beings who cannot.

So I’ll bow to the Time Lord, who spends a lot of time doing exactly that, and who presumably had to dumb it down a lot for us limited, temporally unexperienced apes to follow what he was saying.

Hopefully you liked what I said to Silverkeg. It’s a complex argument and not one I’m confident I’m explaining properly. I mean, my masters was in writing.

I HAVE WONDERED, GINAC

Q4tQ: When do you think we’ll be able to wear two Legendaries?

My hope is 9.1, but I really don’t know. It feels pointlessly restrictive to only get one. Then again, I’m weird, and I’m hoping we’ll get legendary weapons in 9.2, and I’d like to think we’ll get to use them alongside at least one of our current legendary items.

OVER ON OUR DISCORD SERVER, JEKKJEKK HAS SOME QUESTIONS

Q4TP: With 9.1 on the horizon…or at least the PTR, what do you think/what do you want the changes to legendaries to be? I’m pulling for another rank or two and the addition of weapons allowing us to use 2 at a time: a weapon and gear.

This is pretty much what I was saying to GinaC — I’d like a legendary weapon, or perhaps a legendary Shield/Offhand item for classes/specs that can use those. Frankly, I feel like WoW needs to make up its mind about legendary items — either use the Diablo system or don’t, but stop thinking you can have legendaries be these super cool rare items and that everyone can have them and they can be upgraded by some guy somewhere.

I mean, I still have my Sulfuras on my original main. I’ve had it since 2005. I’m never getting rid of it. And no legendary I’ve seen since — not the Warglaives, not Shadowmourne, and certainly not any of Legion or Shadowlads’ legendaries have ever seemed as cool to me as Sulf did. Either go back to that system of rare, one or two per expansion, limited items or just go all in on legendary as a new gear level and let us use the things.

I don’t know who Jovan is. I kept thinking y’all meant Jevan Grimtotem, but I don’t think you do.

Blizzard Watch is made possible by people like you.
Please consider supporting our Patreon!
Filed Under: It’s Happening
Advertisement