The Queue: Orcinus if you’re nasty 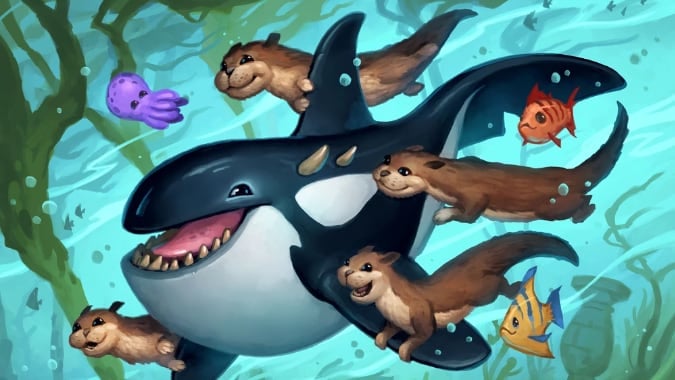 Orcinus Orca, the predatory toothed whale that is the largest member of the Delphinidae, or Dolphins, is one of the world’s best hunters. While not the largest predatory whale — the Sperm Whale or Physeter macrocephalus has that title — it’s fair to say that the title of Killer Whale is one that Orcinus Orca has earned. They are an intelligent pack hunter who range throughout the world’s oceans. You can find Orca in the Arctic, Antarctic, and the tropics, and in the waters between these extremes. 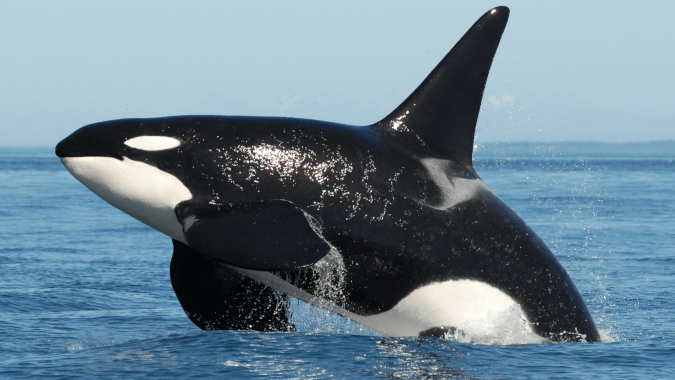 Orca as a species eat practically anything — in individual locales, Orca will likely specialize, hunting fish or aquatic mammals like Seals or even other whales. Orca have been observed hunting Baleen Whale calves and larger Orca pods will even take a shot at an adult. Orcas are the largest of the Delphinidae at 7 to 9 meters long and around 6 tons in males and slightly smaller in females. Orca pods are matrilineal, and are considered to be exceptionally stable with long term relationships between pod members, to the point where an aging or ailing member will be supported by the pod to the best of it’s ability.

Orcas are currently considered to potentially have several subspecies that have not been described yet, due to variations that have been observed between various Antarctic pods with different fin, coloration and even dentition. There have been sightings of both Albino and Melanistic Orcas in the wild.

Honestly I could talk about Orca all day. They’re possibly the best hunters on the planet — what they lack in size compared to other whales they make up for in cunning, pack tactics, outright genius and really effective bite attacks. They clearly love their families and stay with them as long as they possibly can. They have a global range and potentially a culture we can’t currently understand.

They’re basically the Orcs of the Sea. Sea Orcs! And in Hearthstone they apparently have teams of Otters who follow them around. That’s weird, but okay.

KALCHEUS HUNGERS… I MEAN, PROBABLY. I ASSUME SO. KALCHEUS, DO YOU ACTUALLY EAT?

Q4tQ Are there are video game franchises that you’re not interested in actually playing but are totally invested in the lore?

I mean, Overwatch makes me physically sick for some reason, I get intense headaches and nausea trying to play it, but I think the lore is awesome.

I watch every YouTube video I can about Halo and all the compilation cut scene videos, and yet I haven’t played a Halo game since the original one.

Anthem had really interesting lore and the game itself was lukewarm farina. Just a big bowl of no longer warm mush. I wish they’d take all that lore and make a Mass Effect style game out of it.

I don’t like Hades as a gameplay experience, but I think the story is fantastic and I’m a sucker for Greek mythology.

The Divinity series from Larian didn’t grab me, but I thought the storytelling and lore in DOS2 was superb, and the world as a whole feels very unique.

For pen and paper games, Shadowrun has never had a game system I could stand, but I’ve ported the world/setting into like four other tabletop RPG’s so I could play in it without playing that particular system. I also thought the game Earthdawn had a fascinating premise but I wasn’t much for the system there, either. And I’ve always enjoyed the various World of Darkness games from White Wolf/Onyx Path, but I’m not a huge fan of the Storyteller system and rarely play it.

I’ve seen Orca packs chasing whale mothers relentlessly until her calf is exhausted and then taking the calf too many times on nature documentaries. They are the hyenas of the sea and I don’t like them…

That’s exactly how Lions hunt. And Wolves. And pretty much any pack predator on Earth. It’s how Humans hunted before the invention of firearms turned us into maniacs who kill giant animals and don’t even eat them.

I mean, when you see a pack of Wolves going at a Bison herd, that’s exactly how they hunt them. They’re not usually going for an adult Bison — those things are massive and will straight up wreck a Wolf who gets too close, just like how a Baleen Whale could easily smash an Orc with its sheer size. Almost all pack predators try and get a young one, or a sick or older one.

Q4TQ: With the patch now announced and the official patch notes out, do you think whatever is going on in Lordaeron with the Forsaken and Calia will be live at patch launch or at some later date?

I think it ties into the Blood Elf stuff, so yeah, I expect to see it.

I HOPE ARTHONOS DOESN’T HAVE HIS SOUL PULLED OUT OF HIS BODY, MURDER THEIR FATHER, AND THEN PUT ON A FANCY HAT AND SIT IN A REALLY COLD CHAIR FOR A WHILE

Q4tQ: Some people are speculating that the unfinished Eye of N’Zoth story line will pick up again in Dragonflight, since N’Zoth was the Old God with the closest tie to the Dragons, being as he was the one responsible for driving Neltharion to madness. Do you think we will see some continuation of this quest chain, or do you think Blizz would fear leaving players who weren’t around for BfA out of the loop? Alternatively, would this be a better quest chain to pick up in a different expansion?

I mean, if it doesn’t turn up in Dragonflight I expect it will sooner or later. They dropped hints in the Ny’alotha raid that N’Zoth may well survive in some fashion, and the Eye of N’Zoth hats that some of you wore (not me, though, I did not do that quest chain except on an alt that I immediately deleted afterwards just to see it, none of my other characters were going to get sucked into that mess)  definitely seem to have an ulterior purpose that was never displayed at the time.

I’m definitely suspicious about a lot of things involving N’Zoth and his death, and I’ve always believed he’d pop up again at some point. I like the idea some of you are discussing about how he might return as kind of a hive mind occupying the bodies of those that bore his mark, and I hope that means players who didn’t cleanse the Eye end up as part of his distributed network.

I can’t pretend I did, no. That would have been clever, and I kind of wish I could say so, but nope, I just mistook what Irisha was asking. I thought she made an error and wanted me to talk about Orcs. I done messed up.

So this has been my apology to Irisha for making that mistake. Orca are fascinating, one of the greatest hunting species on Earth, and also apparently they have Otter familiars or something. Maybe that’s Orca Mages? I don’t know if Orca can be Mages, but I wouldn’t bet against them.

Blizzard Watch is made possible by people like you.
Please consider supporting our Patreon!
Filed Under: Orca
Advertisement