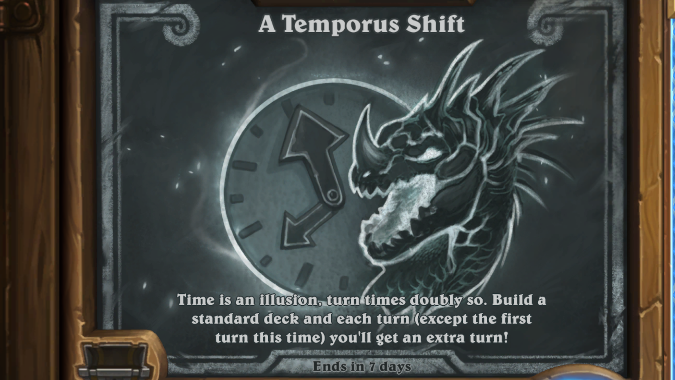 Check your DeLoreans, hot tubs, TARDISes, and Pym particles. It’s time for A Temporous Shift Tavern Brawl. You know, if isn’t our favorite bronze dragon, Chromie, messing with the timestreams, it might be everyone’s favorite Hearthstone Infinite Dragon, Temporous. No, he’s not a pirate, despite how cool that would be. He’s just here to have a big ball of wibbly wobbly, timey-wimey fun.

As you might infer from the title, this Brawl is based around the Battlecry on the Legendary Priest minion, Temporus. After the first turn of the game, each player will take two turns in a row. It’s like you’re playing UNO with one other person and you’ve always got a Skip card in hand… and so do they. This small change makes cards like Doomsayer and Depth Charge are far more reliable since you can guarantee they’ll go off by dropping them on your first of your two turns. It also gives ample opportunity to set up two-turn combos to kill your opponent. 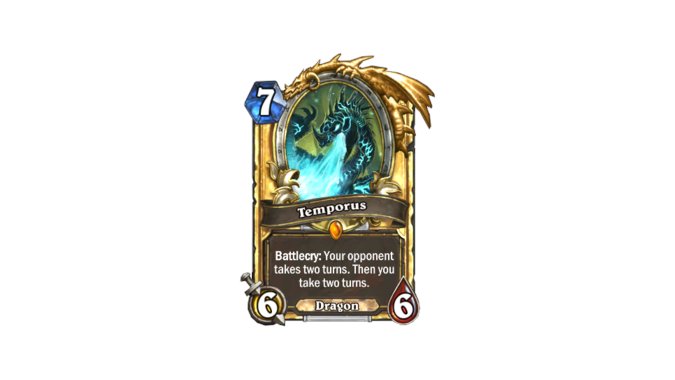 How to win A Temporous Shift Tavern Brawl

As with almost every Constructed Brawl, there are two components to wining: your deck and your piloting. The deck you’ll make or copy prior to the game. In Constructed Brawls, players discover the most powerful lists very quickly. This leads to the Brawl falling into a meta structure like we see on the Ladder. In the case of a repeated Brawl, you would usually see players bring back powerful lists from the last time, but with the Standard ruleset in place for this Brawl, that won’t be an option. Piloting refers to making the right turn-to-turn decisions, which is essential to winning even if you’re using the best deck available.

This Brawl’s ruleset seems tailor made for OTK and combo decks. Hyper-aggressive decks should do well as they’ll have two turns to pour damage into the enemy. If you’re struggling to win, I’ve got decks from around the community as well as my own creation that you can try.

Being a Standard Brawl, many of the cards from last year have rotated out as well. We’ve got some new decks curated from around the internet for you to check out. Although this is the second time this Brawl comes up this year, the Voyage to the Sunken City expansion has since been released, meaning that there’s a new selection of decks. 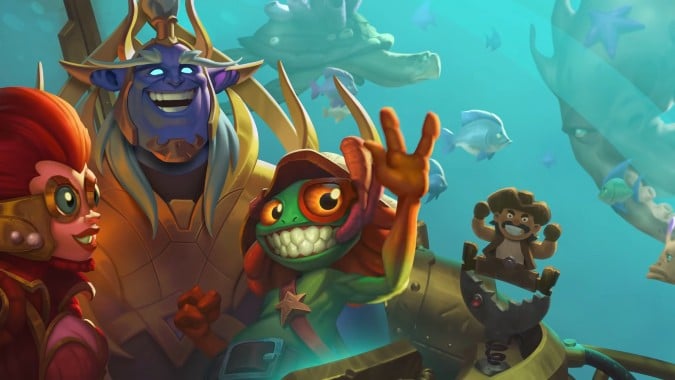 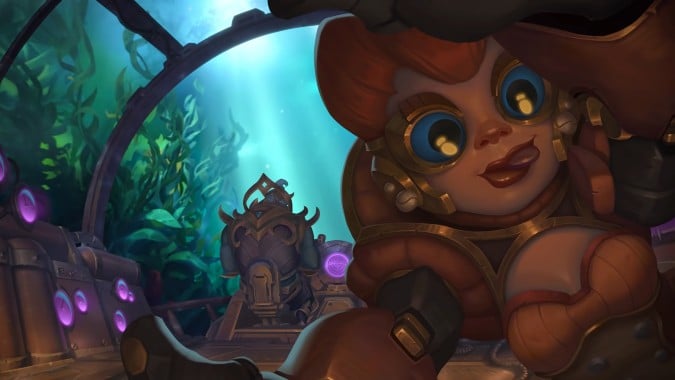 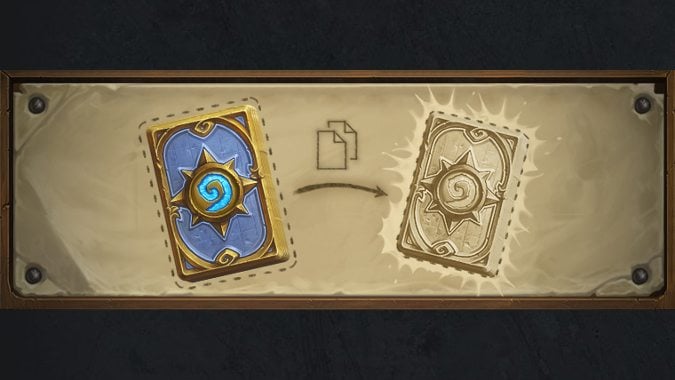 One of these decks should see you through to a victory. I even managed to get a win with my Buff Priest deck. Keep checking Hearthstone Top Decks, because there are more Tavern Brawl decks being added by the hour. If you find another great list, share it with us in the comments.

Overall, this was not my favorite Brawl. It’s full of the OTK and aggressive decks that I don’t particularly enjoy playing (or playing again). At least the games can be quick, so if you need to knock some quests, this is a good option. Good luck getting this week’s pack!