The Queue: Not a Cult 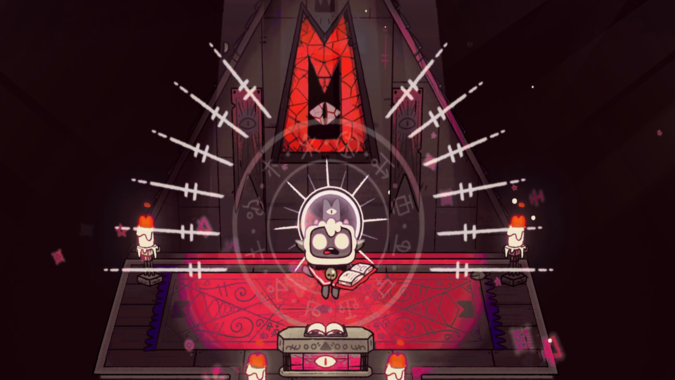 While I go take care of a… thing… it’s time for — The Queue.

LEFTY WOULD SWALLOW THEIR PRIDE

Wouldn’t it be funny if valor reset on Tuesday and they tossed you five gold? I’ve run a fair amount of dungeons this week, and I know guildies who have run 20+ easily farming that stuff. Which is too many dungeons for me, but as long as they’re having fun…

There should be nothing happening to your valor on the release of patch 9.2.7. Your Justice Badges though — those are all being converted to Sanguine Hibiscus’.

ENO WOULD CHOKE ON THE RINDS

What will WoW look like in roughly 20 more years?

I wouldn’t be surprised to see some Classic servers going, and maybe a live server that has hit a final patch, but I don’t think there’ll still be active World of Warcraft development on new content. Think of what that poor game engine would look like by then! It was pre-2004 already and we’re coming up on the twenty-year anniversary of it being created. I can’t imagine a forty-year-old game engine holding together that well.

Maybe we’ll have gotten World of Warcraft 2, perhaps they’ll finally have fully immersive VR suits perfected and we’ll just spend all of our time running around in World of VR Craft in a to-scale model of Stormwind.

I do know one thing for sure, I’ll probably still not have Invincible.

JALAMENOS THE ASCENDED WOULD SWALLOW YOUR DOUBT, TURN IT INSIDE OUT, FIND NOTHING BUT FAITH IN NOTHING

Q4tQ: If you’re playing WoW, what are your goals now before Dragonflight?

I’ve kinda completed everything I wanted to do in Shadowlands already (sans one thing that is pure RNG), so I started running alts through ZM to get more relics and motes to try to collect all LFR tier sets for transmog, as well as all protoform mounts and pets.

They remain the same as usual, get as far into the raid as possible while pushing my M+ score up as high as I can.

The Fated Raids are going well so far, with Heroic Nathria and Sanctum in the bag. Although I am hearing rumbling that Sepulcher might be the hardest of the bunch with the new Fated scaling. So we’ll see what happens when we get in there on Tuesday.

Keystones are going fine so far, although I keep finding myself in the same few dungeons already and haven’t managed to make it into Tazavesh or Grimrail Depot at all.

Everything else I’ll keep puttering along at whenever the mood strikes me. I don’t see myself doing a big Zereth Mortis push to get more Protoform mounts. As much as I like them, the grind is too annoying.

VEILSTRIDER ROXXII WANTS TO PUT THEIR TENDER HEART IN A BLENDER

Q4TQ: Did Blizzard try tuning Return to Karazhan keys at all?

I love the Return to Karazhan dungeon. It’s so great and they tweaked the original just enough to keep the same kind of vibes, while still giving us all new content.

The keystones in it though, that’s another story.

I can’t seem to time a Lower Karazhan 15 no matter what I do. A lot of that is definitely on us, and how new it can be for people who might not have played in Legion. A lot of that is on the dungeon too. That first week it definitely wasn’t tuned properly, and even after the hotfixes I still think that it has issues.

Number one is of course the trash in it. Most of the ghostly guests aren’t worth nearly any points, and that means that you’re having to pull so very many packs in order to hit your % required for the run.

The other big issue is the geometry of the dungeon itself. I’ve seen too many things get pulled through walls, or the carpets just covering up ground effects entirely. It would’ve been nice if that got a pass before it came forward into the current season.

I also don’t like how the preferred route seems to be wiping the group after you’ve defeated the Opera boss so that you can get to the back paths and not have to go backstage and through the theater. I understand it’s faster than running back, I just don’t like any strategy that involves my death.

WATCH RETPALLYJIL SPIN AROUND TO A BEAUTIFUL OBLIVION

Q4tQ: For piling up M+ rating, is it better to jump in with the highest level you can get into, or to do something like a 2, then a 5, and work your way up?

Ideally, you’re playing one of the season’s top requested classes so that people just will invite you to their higher keys. Then you don’t have to walk your rating up step by step.

So Warlocks and classes with Blood Lust are probably safe. Everyone else might have to do it the long way. Get your score however possible, even if that means running lower keys. Hopefully, you’ll fall into a group of people who are all doing the same thing and you’ll be able to get onto a nice little streak of dungeons.

When you don’t have flying does your Druid feel incomplete? I know mine does…

Yes! Not being able to just quickly pop into a bird form just bugs me so much. It’s my one complaint about Dragonriding so far. I just want to be my cheating Druid self and fly around clicking on quest items and skinning things without touching the ground.

OR IS GLOWING METEOR CARROT ORIGAMI? FOLDED UP AND JUST PRETEND

There are 5 dragon aspects, but which one would give and reciprocate a fist bump?

Alexstraza would feel it was beneath her. She’s a firm handshake kind of Dragon.

Neltharion would give you a fist bump if you initiated, but he wouldn’t start one.

Ysera would prefer not to be touched.

Murozond will only give you a fist bump three weeks in the past, it’s a very confusing feeling.

Malegos is quite fond of fist bumps, as he can make little magical explosions when you do them. Of course, little to a dragon and little to a mortal mean different things…

Today’s Anna Earworm™: Inside Out

Have a great week loyal readers. Make sure to leave Anna lots of questions for tomorrow!