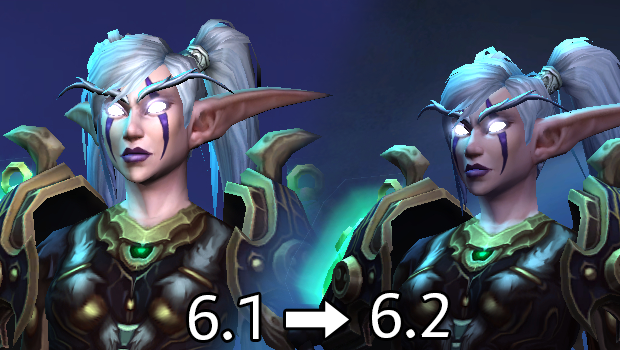 Reddit poster Exil_ noted an unnannounced patch 6.2 change yesterday — it appears that the female Human model has been updated. A quick look on the PTR reveals that female Human models have been retouched, and some of the textures for female Night Elves were also adjusted. At the moment, there doesn’t seem to be any additional customization options for character creation with either race, but the shadows on Night Elves appear to have been adjusted to be slightly darker. As for female Humans, they’ve had their eyebrows lowered, and no longer appear to be perpetually perplexed: 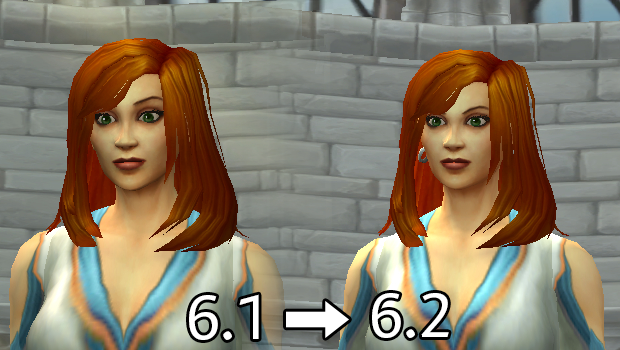 The changes are incredibly subtle, but the expressions on human females certainly look far more natural, and arguably more expressive with the added eyebrow range. Rather than surprised at her surroundings, the human now appears to be more calm and focused. Additionally, the update to the textures surrounding the eyes are much more nostalgic to the original human eyes prior to the model changes introduced with Warlords of Draenor.

For Night Elves, the changes also appear to be very subtle. Upon copying my own character to the PTR, I noticed almost immediately that she seemed a bit darker. On the character creation screen, I made a night elf on both the PTR and live servers to compare the differences. You can see that the shadowing on the faces appears to have been subtly retouched: 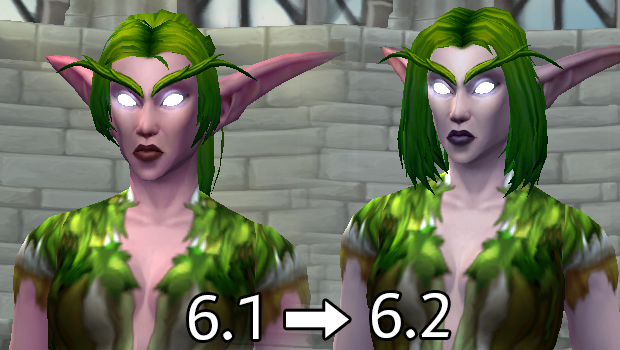 The skin tones also appear slightly different at this point in time, though both characters had the same options (other than hair style) selected. Note too, that while one screenshot is slightly more zoomed and at a slightly different angle, that the chins between the two models appear to have also been retouched. Camera angles aside, I did notice that my monk had a slightly more angular chin. However, this may be simply due to the updates to shading on the PTR.

This proof that Blizzard is still updating models during PTR builds illustrates the hard work their art team is continually investing in the game. The new models, already rather nice looking, are becoming even more attractive with each build. We’ll have to wait and see if there are any other updates in the works for additional player races as PTR testing continues and new builds are released.