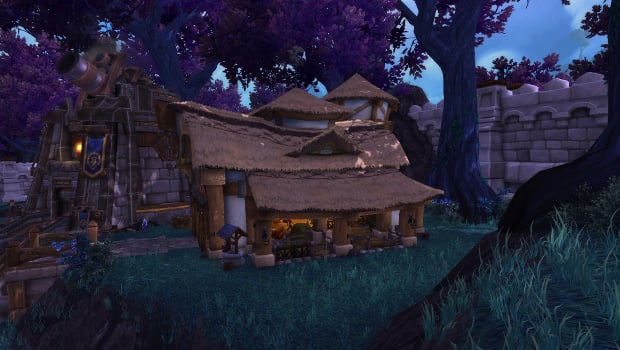 Though this has previously been mentioned in passing, we feel it’s worth mentioning in more detail: early in patch 6.2 PTR cycle, Felblood was  added as the new crafting material for upgrading crafted items above the current maximum ilevel. The source of Felblood, like Savage Blood, was the Barn — by trapping new mobs in Tanaan Jungle, you’d have a chance to get Felblood from work orders. However, Felblood has been replaced by Felblight. Felblight has a chance to drop from the use of all gathering skills in Tanaan Jungle: Herbalism, Skinning, Mining, and Fishing. When it comes to Fishing, Felblight can only be found in Felmouth Frenzy Schools.

We find this interesting because, due to the nature of professions and the garrison in Warlords of Draenor, many players abandoned their gathering skills to double up on crafting professions. With the mine, herb garden, and to a lesser extent the Barn, there has never been an actual need for gathering skills. If you kept on top of the rounds in your garrison each day, players could fulfill every single work order entirely through materials gathered within the garrison, no gathering skills required. Gathering skills were by and large considered a thing of the past.

The introduction of Felblood caused a degree of backlash — the Barn is, by some players, considered mandatory. You either had a barn and made a boatload of cash off of those who didn’t have one, or you didn’t have one and you went broke buying Savage Bloods. Felblood would only exacerbate that problem. Unfortunately, the change to Felblight has encountered some backlash from an entirely different set of players: the ones who’d dropped their gathering skills. Yes, putting gathering skills to good use again will encourage players to venture back out into the world rather than sit in their garrison all day, but the Barn was already one of the few garrison activities to do that. The Barn also has the potential for group, cooperative gameplay, but gathering nodes do not.

Warlords of Draenor‘s approach to professions appears to make this a lose-lose scenario. The expansion has set certain expectations for professions. The profession dynamic might not necessarily be beloved, but players have adjusted to work within its rules. Whether the dynamic remains the same throughout the expansion or changes midstream, someone is going to be unhappy. We suspect, though, that the nature of MMOs (and people) means someone will be unhappy no matter what happens.

Blizzard Watch is made possible by people like you.
Please consider supporting our Patreon!
Filed Under: Felblight, Felblood, Patch-6.2
Advertisement