Arcane Sanctum: Reasons to love being a Mage 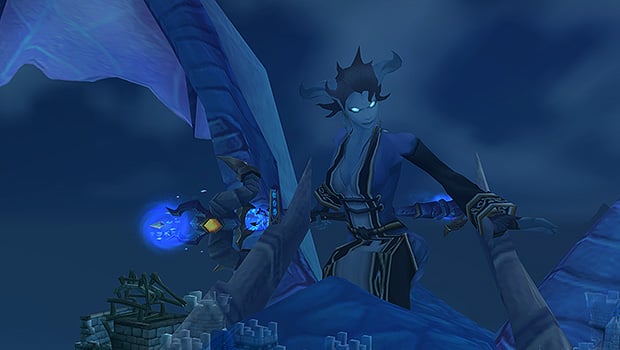 Welcome to Arcane Sanctum, the biweekly column that’s also by Mages, for Mages! This week we’re getting personal as we look at all the things there are to love about Mages.

Back when I asked for suggested column topics, one of the requests I received was unique. It didn’t ask to be taught anything. Commenter Zothor wanted to know reasons why I love my Mage (and maybe even a few things I’d admit to not loving). In order to tell you about that, you need a little bit of back story.

I started playing World of Warcraft as a Priest. There, I admitted it. The official guide said Priests were sought after as healers and the most helpful for their group. I played my Holy Priest until level 38, which was no mean feat then. It was around that level that we started getting into more group content with other leveling members of the guild we’d joined. Unfortunately, those members included: two Protection Warriors, a Protection Paladin, and… two Holy Priests. I’m not exaggerating when I tell you we spent four hours in the Temple of Atal’hakkar. It was bad. I realized two things: that the supposed shortage of healers had been greatly exaggerated, at least for my server, and secondly: we needed some real, honest-to-goodness DPS.

I asked my husband to stop leveling while I caught up, and I went back and created my Mage. It was love at first Fireball. I felt like an unstoppable juggernaut of destruction. Things died so much more quickly than they had when I was part of a Prot Warrior and Holy Priest duo. I blasted to level 40 at a speed that felt meteoric, at least to me, and we continued from there. The first time I set foot in Karazhan  was with my Fire Mage. It was exhilarating. I was lucky enough to have made a friend while leveling who used to play a Mage as a main and he taught me everything he knew about how to be a DPS player. I couldn’t get enough of maximizing my damage and eking every last yellow number from the gear that I had.

I haven’t always raided exclusively as a Mage, unfortunately. A few times I’ve tried to step in and help my various guilds as a healer, but when we joined a heroic raiding guild I did it as a Mage with a lot of fast-talking. “Yes, I know her gear is terrible,” and “Yes, I know you’re working on Firefighter and I haven’t even done Mimiron on normal but give me a chance and I promise I won’t let you down.” That guild had been without a single Mage player for a long time. They’d had no one to provide tables full of conjured mana refreshment, no Arcane Brilliance, no DPS player that could still Decurse and Spellsteal. I guess you could say they were willing to take a risk. They were really happy to have a Mage, and I was happy to be that Mage. 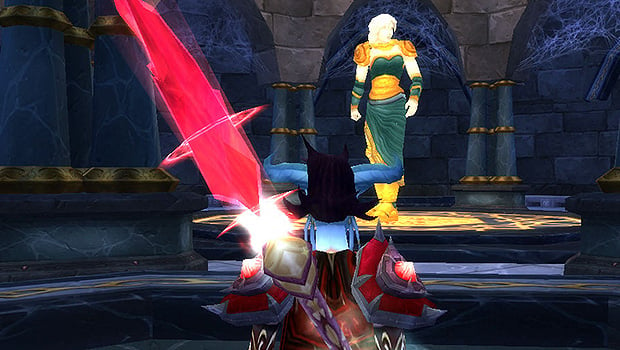 The Mage class is attractive to intellectuals, people who have loved every wizard archetype they’ve ever read about or seen. The Mage lore in Warcraft is especially rich, even if all of the Mages haven’t ended well. We have Archmage Khadgar, Jaina Proudmoore, Medivh, Archmage Antonidas. Wrath of the Lich King of course had the ultimate gift to Mages, the floating capital city of Dalaran. A city of Mages! There are so many great Mage lore nods in Dalaran as well — from the mischievous Minigob Manabonk that will Polymorph players to a Water Elemental that’s doing laundry for a modest fee! Having a rich lore background to a class definitely has added to my enjoyment of Mages over the years. If you want a more recent example, take a look at Archmage Khadgar’s tower in Zangarra. There’s a Frost Mage and a Fire Mage there arguing and “dueling” to determine which element is superior, once and for all.

Only Mages have the visceral spellcasting ability that feels “right” to me. I’ve tried every other caster class. I don’t enjoy DOTs, and Mind Flay leaves me cold. I’m sure it goes without saying that I could never enjoy being a Warlock. There’s nothing that crackles in your palms like a Pyroblast, or streams coolly out to slow an enemy like a Frostbolt, or whizzes with an arcane hum the way a stream of Arcane Missiles does. Combat as a Mage is amazing. It’s quick and responsive, with just the right amount of procs to react to mixed in with steady nukes. But beyond that, we have such an amazing array of spells and versatility, even in today’s world of streamlined spellbooks.

If you’ve ever played D&D as a sort of jack-of-all-trades wizard, you know the feeling of saying, “Hey, I have a spell that can do that.” Mages are like that, with a huge arsenal of abilities at our fingertips. You can Blink to get out of danger. You can Blink to transport yourself to the ground if you’re falling. You can Slow Fall yourself or a party member, in combat or out. You have an Ice Block immunity effect, a slow, a root, a massive CC freeze. You can turn people and monsters into sheep. Mages have Amplify Magic for their group or raid (at least for now), and Remove Curse when an encounter calls for it. We can watch someone else casting a spell and then say, “Whoops, I think I’ll just take care of that for you” and Spellsteal it right out from under them. We can make ourselves invisible, even instantly if we care to talent for it. We use Time Warp to accelerate time and make everyone around us just that much more awesome. Also, what other class can wield devastating elemental and magical forces, and then turn around and conjure a delicious confection?

The versatility of Mages as a pure DPS class can’t be understated, either. Whether the vagaries of class balance are treating us well or not, there’s always usually at least one spec that’s performing very well (and often more). The differences between the specs also allows for a wide range of different play styles and personalities. Some Mages consider themselves to be one-spec only, while others may have no particular attachment and try each of the three or even change to suit their activity, mood or specific encounters. The downside of being a pure class is that it can be so advantageous to be a hybrid. Especially if you have a small raid group, there are sometimes nights where you’re missing an important player. If you play a hybrid, you can have a useful off-spec to contribute to the group. As a Mage, you don’t have much to offer in this arena. You can either burn, freeze or magic something to death and that’s it. This isn’t a problem that’s unique to mages, though, and we share it with the other pure classes. 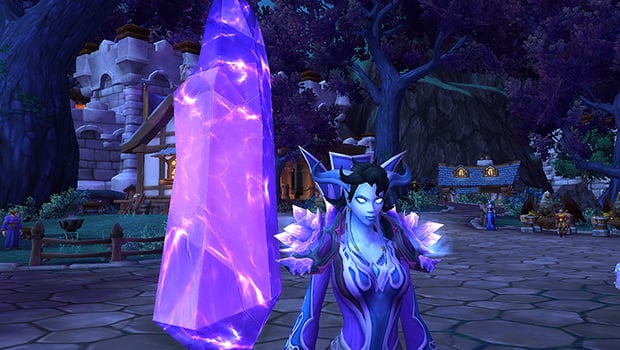 But even when you love a class very much, it can’t always be cupcakes and rainbows. The only other thing I don’t currently love about being a Mage is our late tier talent design. Since Mists of Pandaria, it’s been a little bit confused. Specifically, any talent related to restricting movement — either mine or someone else’s — is not gameplay that I enjoy. Rune of Power, Prismatic Crystal, even Meteor are all really localized. You’re either tethered to one location and have to micromanage the Rune of Power placements, or else you helplessly watch as a tank saunters off with the boss right after you’ve placed a Prismatic Crystal or Meteor. None of these things are very fun.

There may be things that I find frustrating, but I’m not turning my back on my spellslinging magic user anytime soon. The things I love about being a Mage far outweigh any minor complaints. After seven years of playing this game as a Mage, I am still finding things that surprise and delight me. I love when the game itself or my raid leader challenges me to push the limits of what I thought were possible as a Mage.

I liked having to switch to Frost in order to kite the rogue Faction Champion in Trial of the Crusader. I love being able to Spellsteal something useful or important (this is equally enjoyable whether you’re stealing from an NPC or in PVP). I loved being assigned to trigger Ragnaros’ Magma Traps because I could Slowfall myself afterwards. I am a big fan of Mage fashion and transmogging. I enjoy sending my trusting friends to Ancient Dalaran. But most of all, I loved being able to whisper “Mage Mage!” as a secret handshake to my fellow raiding Mage whenever we did something awesome.

Which happened often, because Mages are the best class and we’re always doing something awesome.

Blizzard Watch is made possible by people like you.
Please consider supporting our Patreon!
Filed Under: Arcane Sanctum, Mage Specializations, Why Play A Mage
Advertisement