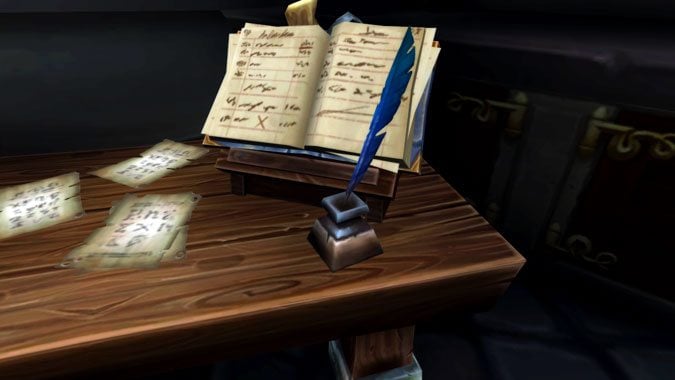 Want to get into the lore, but don’t know where to begin? The following is a guide to all canon novels, manga, comics, and short stories related to World of Warcraft — in chronological order. This means that instead of being listed by when the material was published, it’s being listed by its order in the Warcraft lore timeline. For frame of reference, all material is sorted by the game title and expansion in which it takes place. 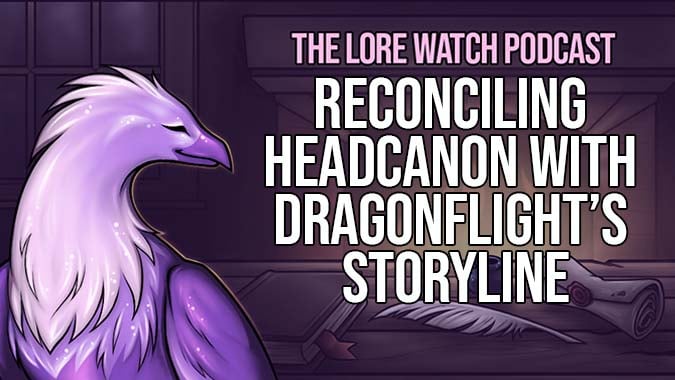 This week, we explore how to bridge the gap between your character’s history and their interaction with NPCs that they may have wronged in the past, the future location of the homeless Night Elves, and the possible fate of the dragonflights by the end of the expansion. 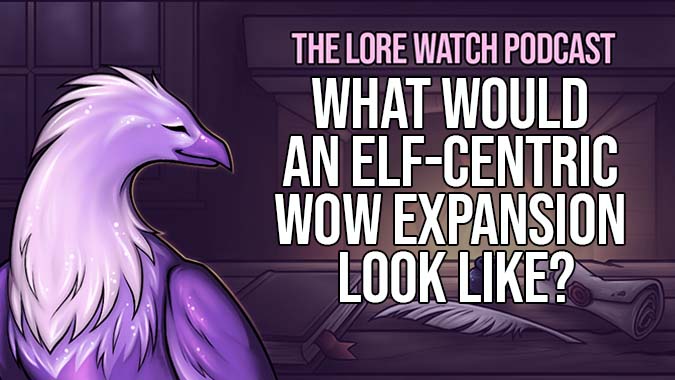 Lore Watch Podcast: What would an Elf-centric WoW expansion look like?

This week, we explore the history of the different elf races in World of Warcraft and envision our dream WoW expansion focused on their struggles and conflicting agendas. 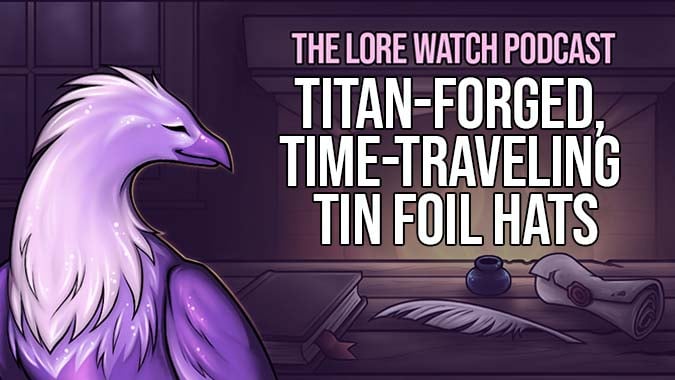 This week, we wildly speculate on what it means to be titan forged, if the titans are slowly evolving feelings, and a future where Night Elves and Goblins have kids together. 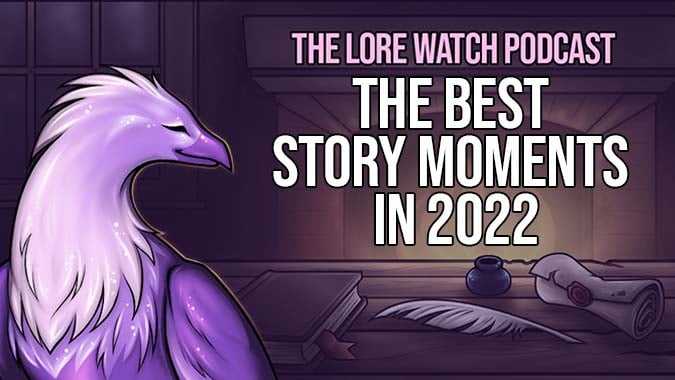 This week, we explore our favorite story moments from the year in video games, comics, and television. 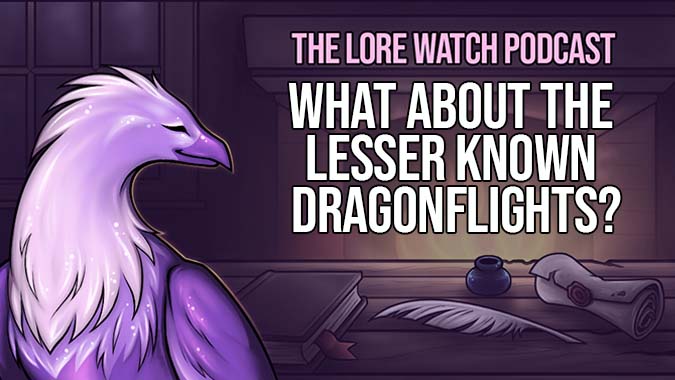 Lore Watch Podcast: What about the lesser known dragonflights?

This week, we explore the Chromatic, Twilight, and other auxiliary dragonflights. 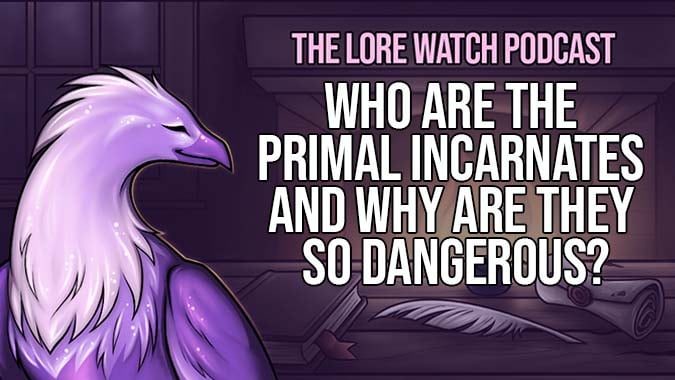 Lore Watch Podcast: Who are the Primal Incarnates and why are they so dangerous?

This week, we explore the other Primal Incarnates that Raszageth is trying to free, the idea that player characters are technically immortal, and why Lilith is everybody’s worst enemy in Diablo 4.  You can listen to the podcast directly from this post or click on download icon along the lower bar of the player below to listen on your own device. 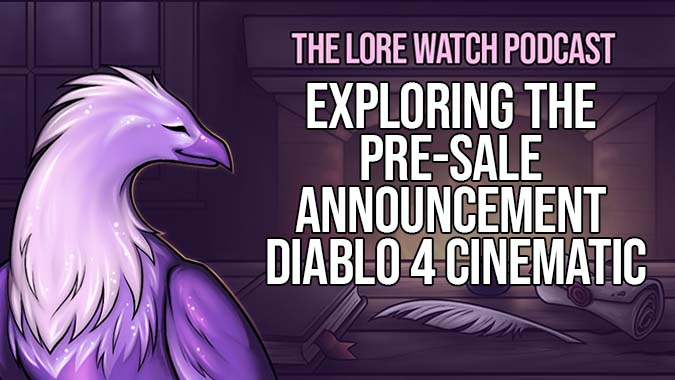 This week, we delve into the lore of Diablo 4 revealed in the new cinematic trailer that debuted with the announcement of the pre-sale. 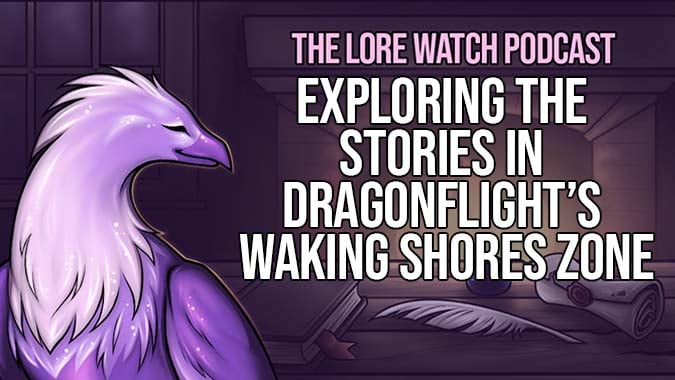 This week, we discuss our favorite story moments in the Waking Shores, how it’s setting up the story for the rest of the expansion, and all the major players making an appearance including Wrathion, Sabellian, Alexstrasza, and Raszageth. 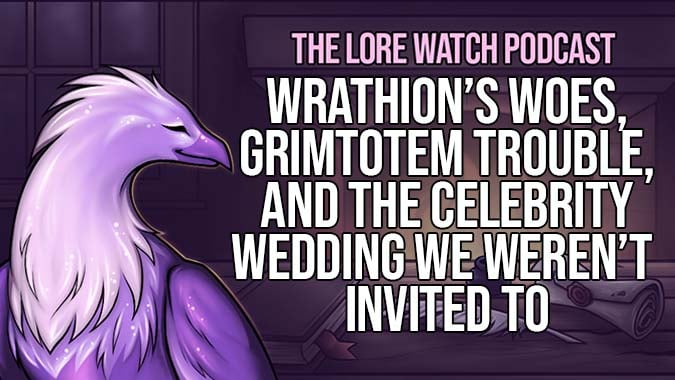 This week, we discuss the new Christie Golden short story based in the new Dragonflight expansion, The Vow Eternal, including Wrathion’s uncertain future, the foreshadowing of trouble from the Grimtotem Tauren, and the wedding of Thalyssra and Lor’themar. 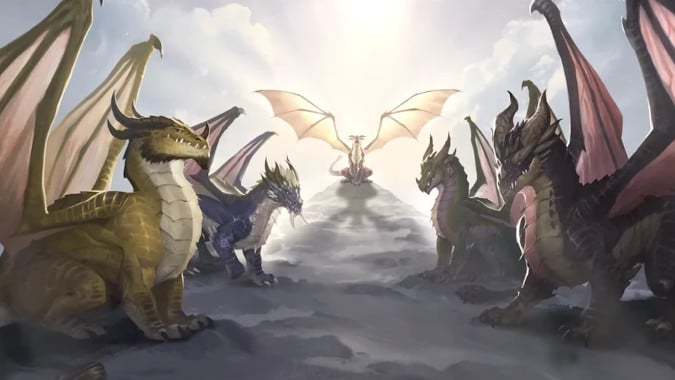 With Dragonflight nearly here, just who are the Dragon Aspects?