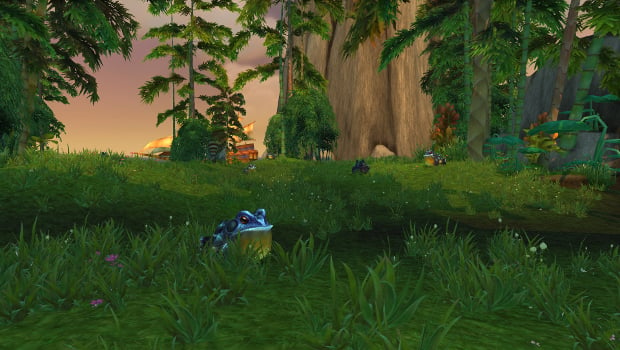 I do wonder this… what actual fun stuff was there to do at max level in prior expansions? I sure don’t remember anything any different… oh wait.. DAILYS!

First, Mists of Pandaria gave daily quests a bad rap, but I think dailies were solid max-level content. Mists of Pandaria even had some good ideas where dailies were concerned, such as randomizing which ones were available each day. Mists‘ problem was there were so many dailies — half dozen hubs available each and every day, with some of those daily hubs unlocking further daily quests. No, you weren’t required to do every hub every day, but players didn’t feel that way. The psychology of the player is a big part of game design, I feel. The psychology of the World of Warcraft player told them they had to do everything every single day or they’d fall behind. Previous expansions had fewer daily hubs available at once, and in those expansions, it was required to do all of them to keep your character relevant. Players were trained to see daily quests that way.

Daily quests weren’t an issue in any other expansion. Mists of Pandaria went all-in and burned players out on it.

Our replacement for daily quests in Warlords of Draenor is the apexis dailies. Go to a little sandbox, fill up the blue bar. Those quests are actually rather interesting to me because I feel like they miss the point of a sandbox. In each location, there are multiple ways to fill up that bar. You can kill mobs, you can fiddle with a doodad, you can complete small objectives, and so on. Let’s think Timeless Isle for a moment, though: what happened on the Timeless Isle? When players first go there, numerous objectives exist on the island, each with their own reward. Gear, pets, mounts, whatever. But when the player has completed all of those things, the only objective left is gathering currency. Essentially, filling a bar until their next purchase. How did players fill that bar? Massacring frogs. That was the most efficient way to do it. That’s exactly what happened with the Apexis quests. It doesn’t matter how many methods there are to fill the blue bar. Players will use the most efficient, easily accessible method. There’s no reason to do otherwise.

Dungeons were also more meaningful in prior expansions. The existence of Valor Points meant dungeons were always relevant and worth playing, even if they became repetitive since the developers stopped adding new ones. Scenarios in Mists of Pandaria fit in here, too. Even if you had all of the gear from a dungeon, you could run one and feel rewarded for it due to valor points. I’m sure there are raiders out there who despised needing to run dungeons all of the time for valor, but I’d say there were more people who enjoyed them than people who didn’t. Without valor, there’s absolutely no reason to run dungeons in Warlords of Draenor — and the gear from them sucks, to be frank. You can fart in your garrison outhouse and get better gear than what’s available in dungeons. In every expansion, 5-player content always loses some relevance eventually. In Warlords, that window of relevance closed within a couple of weeks.

What’s a good event/place/thing to go see in the northern US during the summer? I realize it’s a little late to be planning a vacation, but I’ve been informed that ‘roadtrip’ is not compelling enough, so I’m wondering if any of you have ideas?

As commenters said, northern US is a broad area! The US is huge. You might be better off specifying a region. Northeast? Northwest? Midwest? All I know is Midwest, so depending on how far south you want to travel, you could go to places like Minneapolis, Milwaukee, Madison, or Chicago. If you like museums, I think the museums in Milwaukee are absolutely top notch — people don’t think much of Milwaukee, so I feel they underestimate our public venues, but I really do think the Milwaukee Public Museum is better than museums you’d find in Chicago. Since you’ll be doing this in summer, there are always festivals happening in Milwaukee. It doesn’t matter which day you’d end up in town, you’ll find a great festival somewhere. Maybe a music festival, maybe a cultural/ethnic festival, maybe a festival run by a particular suburb or school. There’ll be something happening somewhere.

If you’re like Anne Stickney and I and feel road trips are for looking at bizarre, backwater weirdness, the Midwest has plenty of that. Hell, just look at Wisconsin’s page on Roadside America. You could spend a lot of time zig-zagging across Wisconsin to see all of its weird crap. And Milwaukee has the Bronze Fonz. Every American should make a pilgrimage to Milwaukee to see the Bronze Fonz.

I was casually perusing the excellent article on druid solo raiding, or should I say, attempting to read it, when I kept being pulled to the bottom of the page to see a centrum vitamin commercial…constantly…. and not allowed to page back up until it was over. I page back up to continue reading and  –BAM–  pulled back down, Is this working as intended?

Not working as intended. If anybody runs into ads misbehaving, they should let us know via our contact page. Include as many details as possible so we can track it down and kill it. Screenshots are quite useful. Weekends seem to be when problematic ads crop up most often.

Any thoughts on the fact that the developers have stated the team is larger then it ever has been? It doesnt feel as if the team is accomplishing much. This expansion actually feels a lot like the end of MoP. If you don’t raid there really isn’t anything in the slightest bit interesting to do. Ashran is a total mess. PvP is also a mess. I would PvP but my server has only a few PvP guilds which largely went inactive within the last few weeks.

My gut says Warlords is as messy as it is because of that growth, if there has, in fact, been growth. I don’t mean they made it worse by growing their team, but the growing pains were more significant than they’re willing to admit. I don’t have a link handy, but I recall something about Warlords taking so long — and Mists of Pandaria dragging on so long — was the result of needing to train up a significant number of people and integrate them into the workflow. It isn’t necessarily possible to make up for that lost time. If Warlords was significantly delayed, then to bring Warlords back to where they wanted it to be, they’d have to delay what came next. Whatever gains they made by growing their team would be lost by being in perpetual catch-up. It’s possible Warlords had to take some losses to ensure the next expansion stayed on track, or else the next expansion would have to take some losses, or the one after that, or…

It’s also possible Warlords is just kind of lame. If the next one is lame, too? Then I’ll start to worry.

what’ll be on your grill this Memorial Day weekend?

I’m not sure if these are available everywhere or just in my area, but I’m making Johnsonville Grillers. They’re bratwurst in patty form rather than tube sausage. I’m a Wisconsin native, so I could survive on bratwurst. My significant other is not a Wisconsin native and hates bratwurst. I like to think brat patties are a nice compromise, but I’m pretty sure she still hates them.