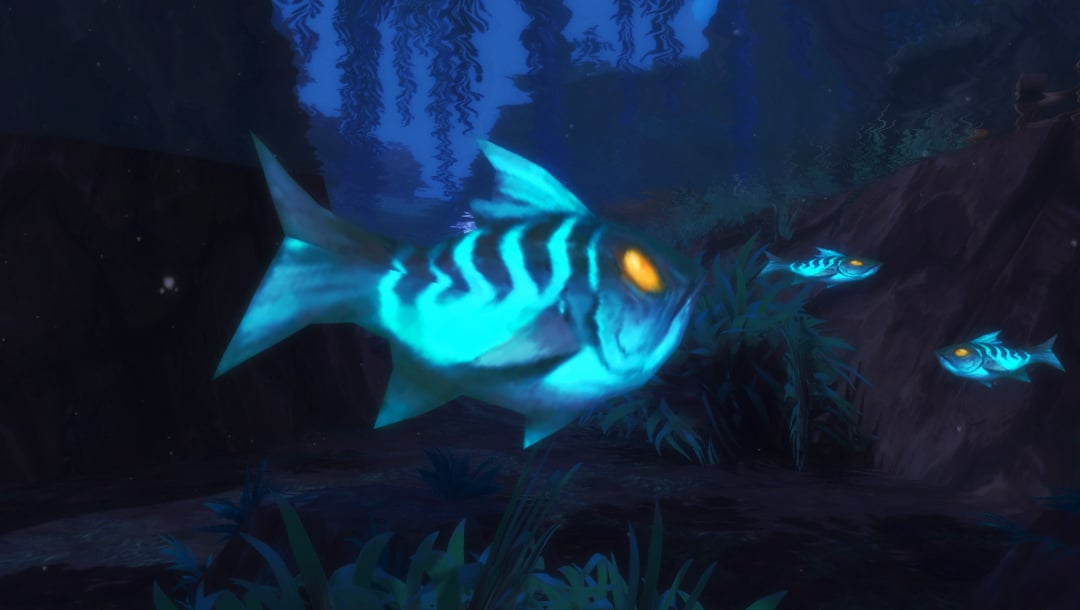 So the Watch has almost been up for four months now, how do you think things are going so far?  Any plans for new site content (a transmog article perhaps?)?

Usually when I’d talk about something more meta/business-related, I’d buckle down and draft up something that sounds super great and professional, but I don’t feel like doing that right now. I’m still recovering from putting together that Heroes of the Storm skins guide which took way more work than it might look.

Things have been going pretty well, I feel. Though the site is new, our staff wasn’t new, so we more or less had an idea of how this would work from the beginning. As Editor-in-Chief, I feel like our biggest hurdle was figuring out a healthy work/life balance, because our management is populated by people who are all workaholics. There was a period there in those first few months where we were starting to burn ourselves out doing behind-the-scenes stuff 12-14 hours per day every single day until we sat down and came up with a better plan and we’re working better as a unit as a result. We had to force each other to stop working sometimes. Given you guys don’t see any of that stuff, it probably isn’t relevant to you, but eh.

We’re always talking internally about new content or ways to improve the content we already produce. I don’t have any grand reveals because I’m shooting from the hip here, but our current focus is making sure we offer strong Heroes of the Storm content. That doesn’t mean we stop producing World of Warcraft content. It means we’re putting more effort into the production of Heroes of the Storm guides, walkthroughs, and all of that sort of thing. And while we put together all of these grand plans, we naturally have to take funding into consideration; funding will always be a limitation, because ambitions are always larger than wallets. We’re playing it safe with our funding and trying not to overreach — our Patreon gets just a little lower every month (as we expected it might) and are continuing to explore other funding avenues that won’t ruin the reader experience.

As for a transmog feature, I suppose the only reason we don’t have one is nobody on staff has voiced any particular interest in writing one. I don’t feel it’s something we’d hire someone for, and even if we did, we’re going to be approaching the capacity our budget can support when our new priest hires start producing.

Oh, and if you people who wanted t-shirts (and coffee cups) are still out there, we’ll have one of those available soon.

What species of fish that has yet to appear in WoW would you like to see introduced?

Alewives. I want a shoreline somewhere in World of Warcraft that is slathered in dead alewives from horizon to horizon, their silver scales glittering in the sunlight.

It’ll be like a piece of home in Azeroth.

Regarding The Witcher 3, from 0 to 10, how good it is? Is it worth buying now? Can one compare it to Dragon Age Inquisition (which I liked very much)? Is the story compelling for a single player RPG fantasy game?

And more importantly, can I play a Hunter/Ranger on it?

The Witcher series has some rabid fans, so let me give some background on my experience with the series. I’ve purchased every single Witcher title at launch. I didn’t finish the first or second game. I found them clunky and tedious with some … questionable content. I hated everything about the combat and neither game did a very good job teaching you how to play — Witcher 2 didn’t have any sort of tutorial whatsoever until they patched one in after launch. They threw you right into balls-hard combat scenarios without explanatio. I know there are people who like that kind of experience, but I don’t, so I hated them.

Witcher 3 is a good game. The teaching process is more elegant than any other game in the series, the combat is satisfying, much of the clunkiness is gone, and it’s generally satisfying to play. That said, it’s much like the Fallout or Elder Scrolls series where they’ve created a massive, ambitious game that is bogged down by bugs or general poor performance. Witcher 3 is a blast when I can actually play it, but it totally ruins my day where I hit a place where it keeps crashing and I need to stop and troubleshoot my game. It’s exactly what Fallout 3, Fallout New Vegas, and Skyrim did. Great games that can ruin your experience with a crippling bug.

You can’t play a hunter/ranger, though. You don’t create a character. You play Geralt of Rivia, an established character, who is primarily a swordsman. You pick up other tools to use in combat (spells, crossbow, potions, bombs) but you’re going to be engaging in swordplay most of the time. Those other tools are only there to enhance your ability to slice up monsters.

Apropos of nothing, am I the only one who finds Skyrim (and all other Bethesda games, for that matter) desperately overrated?

Oh, man. I’m going to get raked over the coals for going off-topic so much today. Oh well! I give Bethesda a lot of credit for making open world games. There are very few companies making open world (non-MMO) titles and I absolutely love such games. I don’t think Skyrim or Fallout have particularly strong gameplay — nor do I like the settings/stoytelling very much — but they scratch an itch few others are willing to try to scratch. Witcher 3 is doing a good job of it, Dragon Age: Inquisition did a good job of it, and I can’t think of many more beyond that. When I buy a Bethesda title, I have no expectation that I’ll finish the game. But they give me a sandbox and I’ll happily play in that sandbox for awhile. Bethesda games give the biggest sandbox and thus I’ll probably spend the most time exploring it.

I would absolutely love a sandbox multiplayer RPG that isn’t an MMO. Let me invite a friend on my adventures.

Anyone else getting tired of all the negativity? WoD has a lot of problems, but it seems like every discussion about it is dominated by people angry at Blizzard. The positives get very little attention. I understand this is always how it is, but I guess I just got a lot worse at ignoring it. I got through Cata relatively optimistic about WoW’s future, but now basically everyone is getting mad and hating Blizzard.

Having spent almost a decade now as part of this community, this overwhelming negativity tends to happen every time there’s a significant drought of content. That drought came earlier in Warlords than any prior expansion — within weeks, players felt like there was nothing left to do, and I don’t think they’re wrong. The point, though, is this always happens. When there’s nothing to do, the people who aren’t very attached to the game will quit. Those who are attached and aren’t willing to walk away are waiting for something new. In those droughts, any piece of news is going to be a much bigger deal than it would be otherwise. The news about no flight, for example, would always be a big deal, but it’s a much bigger deal due to the lack of anything else whatsoever to talk about.

When you’re in a room full of activity with many things happening at once, someone knocking over a glass of water will be noticed, but someone will clean it up and go back to doing what they were doing. In an empty room where everyone is sitting in silence, someone knocking over a glass of water becomes the center of attention and will be the only thing anybody is thinking about.