The Queue: Flight achievements, future of WoW tokens, and more 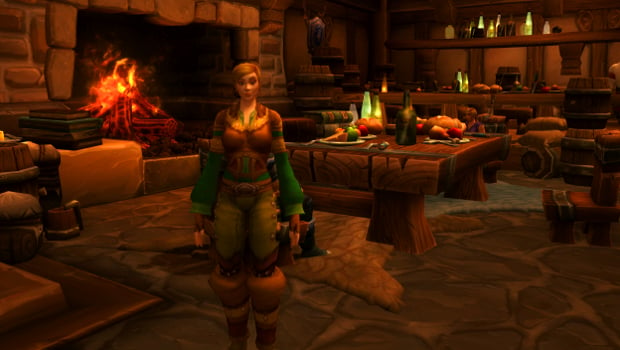 Why DO zombies, ghouls, Forsaken, plague-dogs and other undead eat humanoid flesh? Since the rest of their bodily functions have been terminated, they can’t have any metabolism, right?

Zombies, ghouls, Forsaken, plague-dogs, and any other form of undead can’t exist. If you can accept their existence, you can probably accept them eating something. If you want an actual answer, they must have some sort of metabolism — even magic-fueled metabolism — to be able to get up and move around and avoid decomposing/falling apart. Moving requires energy. Energy comes from what you put into your body. To exist, they must get energy from somewhere.

Episode 19 of the podcast. Is it broken or not recorded? Are we going to get it before the new one comes out? Have heard nothing…

We tried a new recording method this past week in an attempt to build a smoother process — turns out it wasn’t so smooth and is actually requiring far more work than usual to make the file available. The recording exists. It should get to you. It’s just being a pest this time around.

Do you stick to a single realm group (or two, for both factions), or do you check out new servers or server types now and then? Moon Guard is a completely different beast than Nesingwary, it’s crowded and obnoxious and there’s clusters of people RPing everywhere. I’m glad I’m checking it out, but it’s very hectic at times. My only PvP realm is Ravenholdt, I’m not sure it counts.

My first character I ever played was on Silver Hand. That only lasted about a month, because a bunch of people I knew rolled on a different server and I decided to join them. Every character I’ve ever seriously played has been on that server since then. The only exception? My livestream character on Sisters of Elune, which is connected to my home server. Sometimes I’ll poke around on Moon Guard and Wyrmrest Accord to see what’s going on there, but I have no characters above level 10 on those servers. I just like to gawk.

If gold becomes less available because they nerf gold making from Garrisons, wouldn’t that drive up the cost of Tokens?

Wouldn’t it be the opposite? If fewer people are able to make easy gold in-game, they might find getting gold through tokens more appealing. More tokens bought with real money end up on the market, fewer people are able to buy them with gold, supply and demand suggests tokens will lose gold value. However, if the value of tokens falls too low, buying tokens will be less appealing, and at some point they’ll stabilize. I suspect they will stabilize at a lower point than they are right now, but they won’t dip into worthlessness.

What’s your favorite and least-favorite expansion to level through? Or, in the case of Vanilla, which ten-level chunk?

Burning Crusade because Hellfire Peninsula is so freakin’ broken these days. Around every corner, there’s something that doesn’t work right and seriously throws a wrench in the questing process. Once you get past Hellfire it’s mostly okay, but that’s the zone you absolutely must do at least for awhile. The developers seriously need to take a look at those quests because there’s nowhere else in the game that has had so many bugs crop up over the years of neglect.

So i thought the Warcraft Trailer was suppose to air yesterday before a certain movie involving awesome dino-mutants.

It was a rumor based on a tentative cinema release schedule — which dates to before the Warcraft film was hit with a  delay. The movie delay naturally delayed the trailer (which was, again, on a tentative schedule.)

I haven’t read many comic books, but I say Marvel is winning on the movie front and DC wins for television. Note I say DC wins on television as someone who very much enjoys Agents of S.H.I.E.L.D. and Daredevil. Arrow grabbed my heart and won’t let go. I’m just getting started on The Flash. I’m eagerly anticipating Legends of Tomorrow and Supergirl. Heck, my favorite superhero cartoons of old were all DC: Teen Titans, Young Justice, Batman The Animated Series, Batman Beyond, and I’ve recently added Justice League Unlimited to that list.

The MCU wins film for me, no contest. DC doesn’t even come close. Television, total opposite situation.