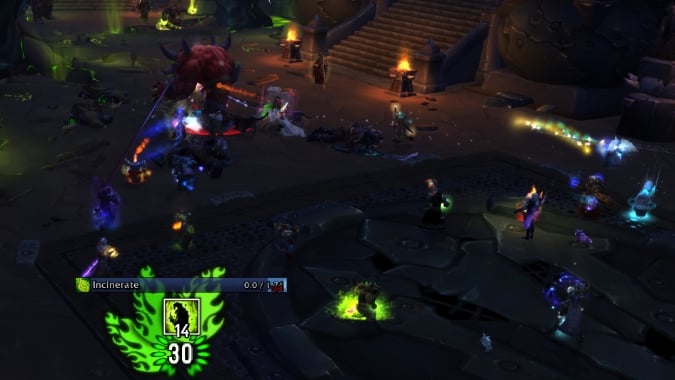 The change of tiers from Blackrock Foundry to Hellfire Citadel has been a weird one for Warlocks. Demonology has been nerfed for being too good in Blackrock Foundry, and yet we’re faced with the same problem in Hellfire Citadel, where all the fights are fitting almost perfectly with Destruction’s strengths in the Normal, Heroic, and Mythic modes. Destruction is brilliant at single target and secondary target damage with Havoc as well as some sustained cleave damage with Fire and Brimstone.

Destruction’s domination in Warlock spec choice isn’t highlighted as much of problem because it’s not dominating every other DPS class choice as Demonology did in Blackrock Foundry. Destruction is still middle of the pack when we include the rest of the damage dealing raid.

Warlock talents are a little weird in that our talent tiers like to interlock in choices with each other. Typically, you pick the best level 100 talent, then the level 75 Grimoire that goes with it, and you almost always pick Archimonde’s Darkness from the level 90 tier for PvE raiding.

Charred Remains is the favorite level 100 talent this tier, and it works well with Grimoire of Sacrifice, as both emphasize Chaos Bolt damage over the ember generation spells. Grimoire of Sacrifice and Supremacy are close on damage done; the tipping factor for Sacrifice is that Sacrifice scales betters with increasing numbers of mobs than Supremacy does. However, Charred Remains comes from simulations containing high-end gear, so it’s from the context of having enough crit to support ember generation and enough mastery and intellect procs to support heavy-hitting fillers.

For those in blues or in LFR, choosing the level 100 talent Demonic Servitude works fine. You always choose the Doomguard in PVE content, and expert theorycrafters recommend using this talent with the Grimoire of Service, so you can have the build Warlocks call “double demon” or “double Doomguard.” If you don’t want to use Service, that’s fine, you can use Supremacy; using Grimoire of Sacrifice when you’re talented into permanent-Doomguard just seems silly.

Archimonde’s Darkness is the default and almost mandatory level 90 talent choice for Warlocks. Destruction Warlocks can get away with choosing Kil’jaeden’s Cunning (KJC) sometimes, but in high-end play, there’s little reason to use KJC. Any situation where KJC would be an increase over Archimonde’s Darkness for Destruction typically means that another Warlock spec entirely would be better at the fight, like Demonology which can deal well with heavy movement. 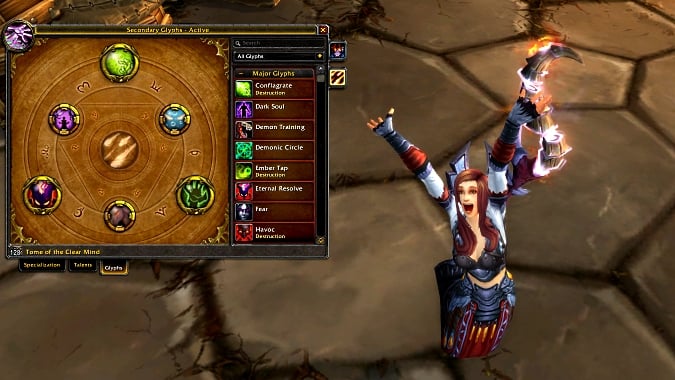 Glyph of Dark Soul is useful when you have frequent priority targets spawning that need to be dealt with quickly (like the Siege Weapons in Hellfire Assault) rather than longer burst periods (like Gorefiend’s Feast of Souls DPS burn phase). Conflagrate is another situational mechanic choice for a major glyph where you can aid in slowing important adds like the Salivating Bloodthirsters on Kilrogg Deadeye. Siphon Life is a third choice for some decent passive healing from keeping Immolate up on targets, although Warlocks who like to give tanks a second chance will sometimes take Glyph of Soulstone.

Unending Resolve always gets a mention in glyph discussions. Normally, we have a 3-minute cooldown that can reduce damage taken by 40% and grant immunity from interrupts for 8 seconds. There are three glyphs that alter the strength and cooldown of Unending Resolve.

Glyph of Havoc is a complete trap for Destruction Warlocks. Furty pointed out in the Final Boss TV interview that you can nearly replicate the glyph’s beneficial effect without its harsh cooldown increase by playing smarter with Havoc. 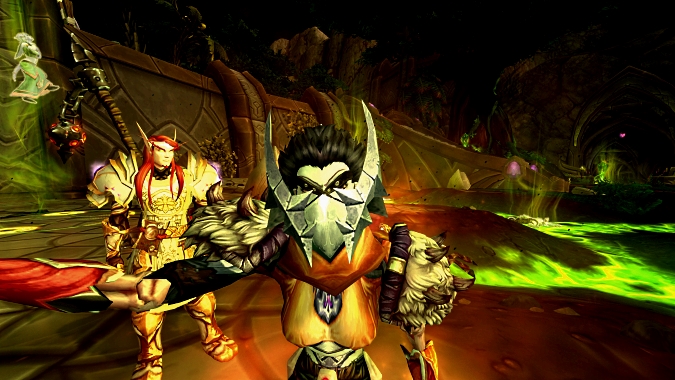 The tier 18 2-piece for Destruction Warlocks is good, and the 4-piece is very good, so you should work on getting them as soon as you can. Both 2-pieces from tier 17 and tier 18 also work well together, so you shouldn’t have any growing pains as you trade off set pieces.

Mythic players find the 4-piece annoying due to how players are able to react to the proc. The tier 17 4-piece had a proc that dealt with the next Chaos Bolt cast, so a player could bank that proc for an opportune moment. Although it could proc during a Chaos Bolt cast and be consumed, this typically wasn’t a bad thing as the proc had everything to do with the damage of Chaos Bolt. The tier 18 4-piece proc, however, deals with ember generation, and players can often have an ember generator queued up after a Chaos Bolt cast. If the proc goes off, then you have wasted embers or wasted time if you choose to stop your Incinerate cast to cast another Chaos Bolt.

The tier set bonuses emphasize Chaos Bolt’s damage, which fits nicely with a talent scheme of Charred Remains and Grimoire of Sacrifice. Be sure to take advantage of important procs to increase your Chaos Bolt damage even more.

Supreme items that significantly help you deal more damage are the legendary ring Nithramus and the Archimonde class trinket, Fragment of the Dark Star. Nithramus should be timed well with burst phases when you have procs available or coming up off cooldown, and the Destruction proc for Fragment of the Dark Star just requires you to refresh Incinerate casts on your priority target. 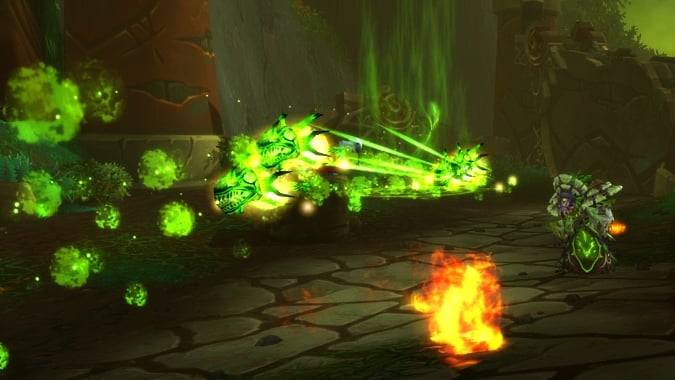 Learning to think in Havoc pairings of mobs is a key skill for Destruction damage. There are typically three categories of Havoc usage. You can also copy Mortal Coil and Spell Lock through Havoc, but PvE Warlocks typically don’t need to do this.

A couple of macros can help you use both Havoc and Shadowburn effectively.

The Havoc macro lets you keep your target while applying your Havoc to another target, whether by unit frame, nameplate, or hovering over the monster model in the field. The blank brackets “[]” will help the macro default back to your target if you aren’t mousing over a unit.