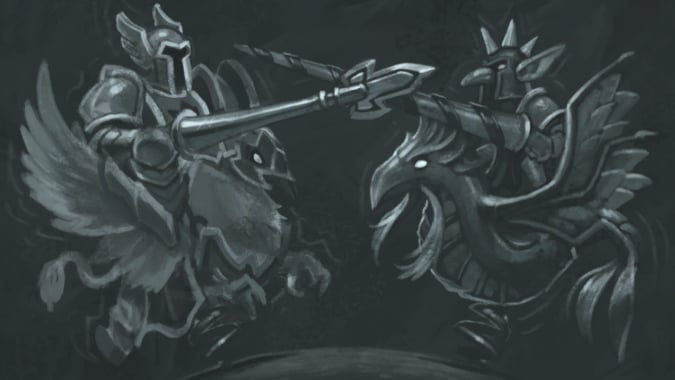 Matt Low and I went head-to-head once again in this week’s Hearthstone Tavern Brawl. This week is The Grand Tournament, a small preview of the expansion releasing early next week. Two decks are available, assigned to each player at random: a Mage deck themed around the new Inspire ability and a Hunter deck focused on the Joust mechanic and the new card Lock and Load.