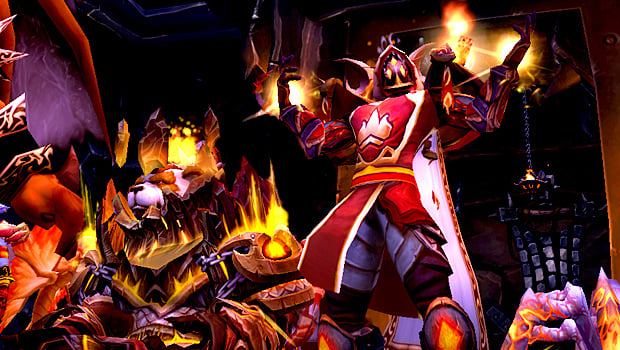 Today, let’s say you had a time machine. And really loved World of Warcraft. (But you’re here, so that second is probably a given.) What would you want to go back and play?

I should probably give that question a little more context. All of us tend to look back on World of Warcraft with somewhat rose tinted glasses. We remember the good times we had in the game — perhaps forgetting some of the annoyances — and talk about the good old days, when WoW seemed so to be so much better than it is now.

Some of that nostalgia is for the game that was, some of it for the players we gamed alongside, and some still for the characters we played at the time — and as the game has grown, all of these things have changed. But with Legion making an effort to refocus classes on their “class fantasy,” it seems like as good a time as any to look back at our favorite moments for our favorite classes.

In my case, that’s Holy Paladins during Burning Crusade and Wrath. I was primarily a healer in those days, but Holy had great — if slow — soloing power just because between our armor and our heals we were terribly hard to kill. It was a character I had a ton of fun with, but while the character itself still exists, the class has changed so much that playing it that way is a thing of the past. So tell me, readers: which spec would you play if you could go back and play any of them?

Blizzard Watch is made possible by people like you.
Please consider supporting our Patreon!
Filed Under: Holy Paladin, Talent Specs, World Of Warcraft Talents
Advertisement