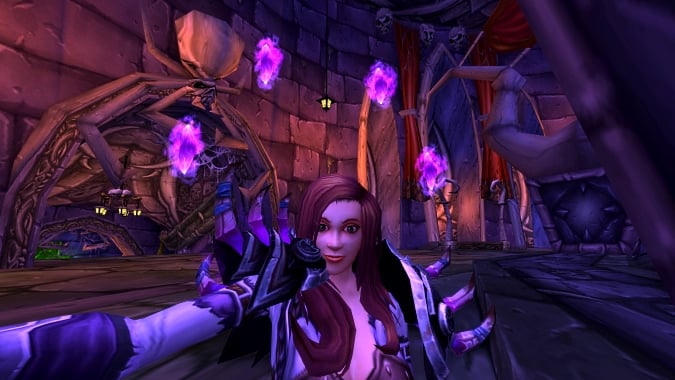 Demonology’s class fantasy right now feels like Schrodinger’s cat, where we don’t really know what it’s going to be yet. We know pets are involved, but we’re really hoping to observe massive hordes of imps or unique demonic enslaves, not dead cats. Destruction seems fairly consistent — so long as things are being set on felfire, life is good. Channeling bits of fire magic through the power prism that is your Warlock’s body so that you unleash a massive shadowflame bolt of chaos is just extra fun on top.

Affliction fantasy is split mostly into two camps. There’s one camp that thinks of Affliction as cunning, a demonic conductor of shadow damage over time spread across monsters like music, who plucks souls on purpose out of the air like picking flowers in a field. There’s the other camp that thinks of Affliction as those who mess with things they should really leave alone, those that cross the ethical border of shadow magic and draw upon demonic energies to twist a soul into agony not with mental darkness, like Shadow Priests, but with curses and demons made of actual nightmares.

It starts with Soul Shards, doesn’t it? If you’re looking for a controlled experience as Affliction, the main gripe is how you don’t ever seem to have the right amount of Soul Shards when you want them. There’s no reason to have a resource that randomly regenerates if you’re supposed to be some paragon of purpose.

Every time I brainstorm, I end up with some model that looks a lot like Shadow Embers or Soul Orbs (Soul Ravens?). The idea of controlling Soul Shards isn’t supposed to be like you’re a dry towel sitting in a sea of souls, lapping up whatever’s there. You’re generating souls on purpose and then spending them on purpose, so you end up at a combo point type of system. With the current system, Haunt costs one shard, and then the empowered version of Haunt, Soulburn: Haunt, costs two shards. It feels like Soul Shards are a combo point system that’s trying desperately hard to not be just another combo point system. So we have this weird constipation of Soul Shards being involved in a lot of utility spells but you only really use those one or two empowering damage uses. 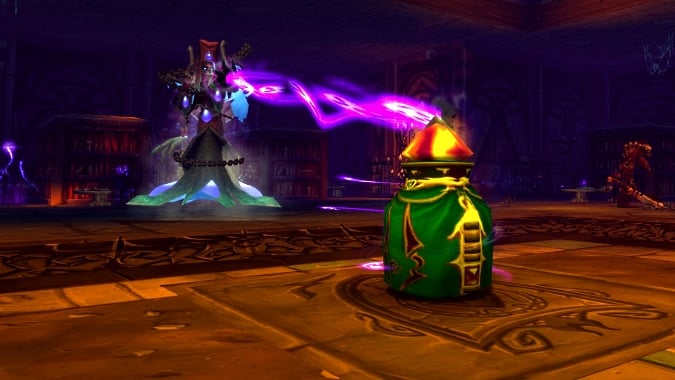 We could possibly still do the not-a-combo-point system with controlled Soul Shards. I want more empowerments than the flat Better-Haunt we get. What if we could have a Soulburn: Fragment of the Dark Star, where instead of making our DoTs stronger for 30 seconds, our DoTs tick X% faster for the next 8 seconds. Yes, the name is terrible, but there have to be more different ways to empower DoT damage than a flat bonus to everything. Maybe there’s a Soulburn: Drain Soul, where we can get that Fel Flame kind of a one-hit back, that old Nightfall-esque instant Shadow Bolt damage. Could we have a Soulburn: Curse that applies an old-timey Curse of Exhaustion for 3-5 seconds? Or maybe Soulburn: Drain Soul is one of those weird active-passive cooldown spells, where activating it means you have full Soul Shards instantly, but then the next 30 seconds you can’t regenerate any. Something like Soulburn: Drain Life could end up like a Warlock’s version of Dream of Cenarius or Vampiric Embrace, where it heals the raid for some portion of the damage dealt in the next 15 seconds.

With more abilities beyond Soul Swap or Haunt consuming shards in combat, I don’t really like the 2-shard cost on some Soulburn items. On the other hand, 1-shard means 4 potential empowerments in a row, which would likely cause too much damage upfront to be worth designing. On the other other hand, perhaps Soulburn has not only a resource cost but a cooldown or debuff/buff restriction. Having only one Soulburn effect buffed at a time, however, sounds a bit too much like stance dancing to become a reality.

For gathering resources, I like the purposeful Drain Soul tick. Many comments about current Affliction involve talking about “turreting” because of how often Drain Soul requires the Warlock to stand still. One shard every tick is too much too fast. Every other tick is what we used to do, and that might work. Every third tick might be a better solution, though Drain Soul currently works over four seconds. Maybe if Drain Soul were a three-second channel, every third tick would make a little more sense. Not only would movement decay our shard generation by way of not casting Drain Soul, but multiple targets require more DoT casts and less filler casts would also decay that generation. 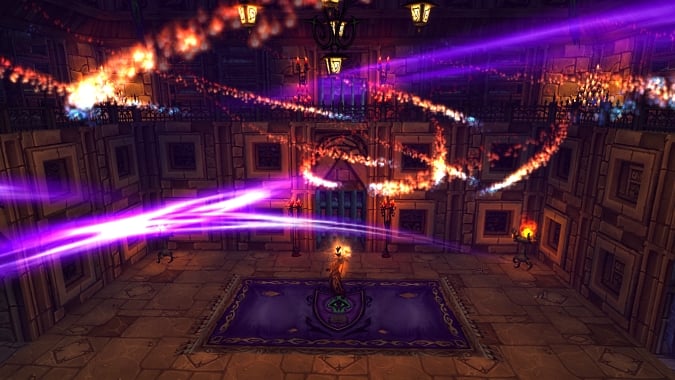 Again, you have to start with the problem of Soul Shards on this one. Our brand of science might be mad, but we’re still determined in plucking souls as a resource. We still know when we’re going to have some resource happen and when we choose to spend it. The fixed time system of Eclipse might work better under the mad scientist umbrella than a player generated system would. Let’s say we generated Soul Shards passively, but it was a fixed time in between souls. You knew when you were getting the next one. You could even throw in a few gear tricks like generating Soul Shards 0.01% faster with Haste, or every DoT tick crit that occurred wiped 0.1 seconds off the generation cooldown.

This fantasy of Affliction tends to come with some element of random, like we’re experimenting with tearing souls apart and don’t quite know what the results are going to be. However, I don’t think a random resource generation is that fun of a playstyle. The only time it’s somewhat fun is when you can game it a little, like when critical hits generate an extra bit of resource, so if you gear for Crit, you often have resource.

I don’t know if a system of random buffs would work. Perhaps that’s a whole ‘nother can of balancing gameplay worms to open, but we’re here, so why not. Instead of Soulburn being its own toolkit to memorize, Soulburn is just one button. You press it, you get a random damage Empowerment. I don’t see that working very well, because you’d have empowerments that are all mostly the same amount of damage, and it would end up being a passive maintenance buff to keep up that you don’t really care about what it’s doing. Your rotation ought to engage with your resource, not ignore it, so we should make this a little more involved.

Remember that one Klaaxi Paragon in Siege of Orgimmar — Iyyokuk the Lucid? He had that Calculate ability that would mix colors and shapes, and then the fiery line connected people with one or two matches depending on the difficulty. What if you could mix DoTs to achieve certain effects? Let’s say Soulburn is still that one-button empowerment. Whatever the number tuning, Soulburning a DoT gives you a little damage boost from that DoT for a handful of seconds. What if you Soulburned Agony 5 times, so now you have an “Empowered Agony” buff that lets you apply Agony at its full 10 stacks any time you apply it for the next 30 seconds.  Once you get to 5 stacks of “Empowered Corruption,” your next Corruption cast explodes 5 other Corruptions in an AOE effect. Yes, these suggested empowerments would be a little too ridiculous in their original numbers, but the basic idea of small targeted damage boosts that evolve into a bigger, cooler effect. 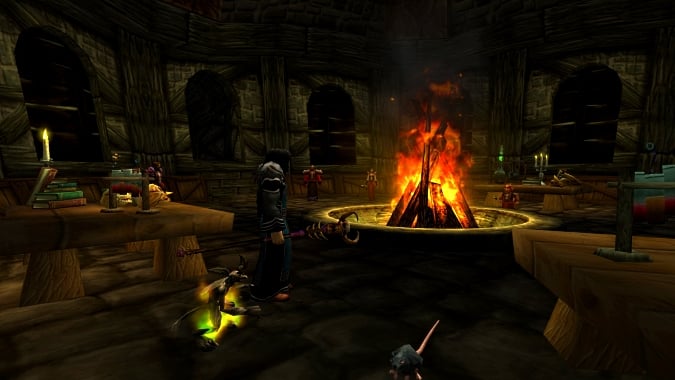 With BlizzCon coming soon, we’ll find out what Blizzard wants to do with Soul Shards, but in the meantime, we can have some fun with brainstorming. Since the secondary resource ought to tie in with the central fantasy, playing with fixing Soul Shards ultimately helps explore the Affliction fantasy, even bleeding out into the general Warlock fantasy. So what would you do: How do Soul Shards fit into your idea of Affliction?