Hunters have been used to Beast Mastery, Survival, and Marksmanship as variations on the same theme and the same mechanics since, well, forever. In Warlords, Blizzard dabbled a bit in differentiating Hunter specs, but the changes were just baby steps. In Legion, it’s a glyphed Disengage. Off a mountain. With a Goblin Glider.

As someone who has always played pure DPS, I’m just not used to this. Usually I’d just pick whatever is “better” in a particular patch and play that. It wasn’t much of a transition to swap specs as a Hunter because the core components of every spec were the same. Now, with what we’ve learned from Blizzard’s class preview, I think we’re going to see more people pick a spec and stick with it.

Some might argue this limits choice. If you want a pet, and want to be ranged, you now have one choice instead of three. That’s certainly true, but if the ranged pet spec is able to fulfil that fantasy better than it ever has before, would you feel any different?

Something to keep in mind is that talents are going to play a much bigger role in how you choose to play your spec in Legion. The majority of talents will be throughput (DPS) talents, offering you a wide variation of new active abilities, procs, and passives. Many of these talents will also be specific to one specialization. So if some of the core abilities seem a little bare, keep in mind that you will be picking up more gameplay-changing stuff from the talents this time around. 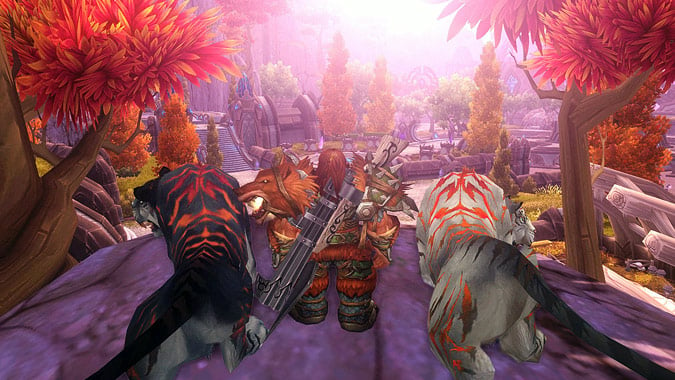 In many ways, I think Beast Mastery has the most to live up to. Marksmanship and Survival may be receiving the most radical changes, but Beast Mastery is the only classic Hunter spec left. Somehow, Blizzard has to take everything that people loved about the old three specs with pets, and condense it into Beast Mastery.

Beast Mastery’s two main Focus spenders will be Kill Command and Cobra Shot. Yes, you read that right. Cobra Shot takes the place of Arcane Shot and is now instant. They also showcased a talent, Way of the Cobra, which increases your Cobra Shot damage for every pet you have summoned.

Beast Mastery now generates Focus with a revamped Dire Beast. Like before, the summoned beast will give you some Focus back every time it attacks, but there are a few big changes. First of all, the cooldown is now only 10 seconds, turning it into a rotational ability. Secondly, there is a passive called Wild Call which gives your shots a chance to reset the cooldown of Dire Beast. Yes, this means you will sometimes have multiple Dire Beasts attacking alongside your main pet (and they’ll all give you more Focus). On top of all this, every time you summon a Dire Beast the cooldown on your Bestial Wrath is reduced by 15 seconds.

What I always liked about Dire Beast is that it calls beasts that exist in your current zone. It’s as if the Hunter is calling for aid from the beasts around them, just because they can. I don’t see it so much as disposable pets as pure command of the wild. It’s not a proper taming of the beast, they just help us temporarily and move on. That’s the fantasy I see here, and I like it. 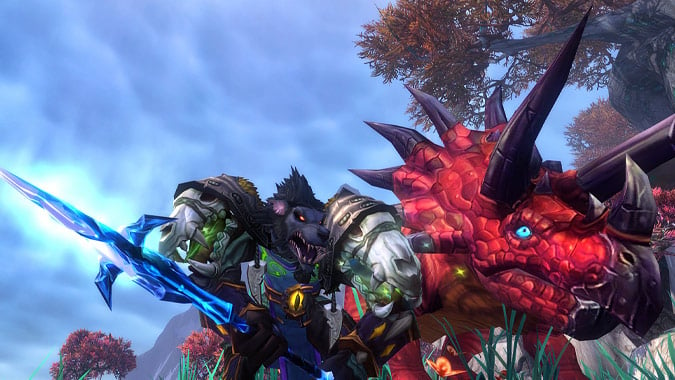 The only thing that survived the Survival revamp was pets. Everything else is new (or old, depending on how long you’ve been playing WoW). Survival started as a melee/ranged hybrid back in the day, but it was more of a running joke than something people actually embraced. It had some pretty terrible stuff like Lacerate. The funny thing is, Lacerate is actually coming back. Don’t worry, the developers promise it will be good this time.

Survival does not have any active Focus regeneration (passive regeneration is being increased) outside of potential talents. Instead, you’ll be filling in that downtime with Mongoose Bite, a new mechanic with an old name. It’s an ability that costs nothing to cast but has 3 charges (each regenerating after 10 sec). Each successive Mongoose Bite will do more damage than the last, as long as you cast the next one within 3.5 seconds.

The way I understand it, the general rotation will be weaving Focus spenders in between Mongoose Bites. First up, we have Raptor Strike, which is your standard Focus dump with no cooldown. Next is Laceration, a high damage bleed with a greater Focus cost and a cooldown. The last Focus spender is Flanking Strike, which is going to be a simultaneous attack delivered by you and your pet on the same target. This sort of pet interaction is also seen with Survival’s new mastery, Hunting Companion. There’s also Snake Hunter, a Survival-only talent that instantly grants more Mongoose Bite charges. These last two things really open up the gameplay possibilities for Mongoose Bite. If you can build up a reasonably high stack of the buff, and then pool together 3 charges, you can unleash those charges when a trinket procs or a priority target needs to die.

Survival is shaping up to be a crowd control powerhouse. First of all, Survival now has exclusive rights to traps (though I suspect they will change somewhat as Freezing Trap is pointless for melee). The other specs will be getting different forms of CC that we haven’t heard about yet. Survival’s gap closer will be Harpoon, which you can think of as a reverse Death Grip. It sounds like we’ll be keeping Disengage on top of it, which means bouncing all over the place! Finally we have the classic Wing Clip making a return. It’s costly but it keeps your target slowed for a long time.

Survival would be a different beast even if it was still ranged DPS. Throw the melee aspect on top of it and you basically have a new class here. I’m happy that pets still play a meaningful role and won’t just be there for decoration. I’m definitely excited to try it out. 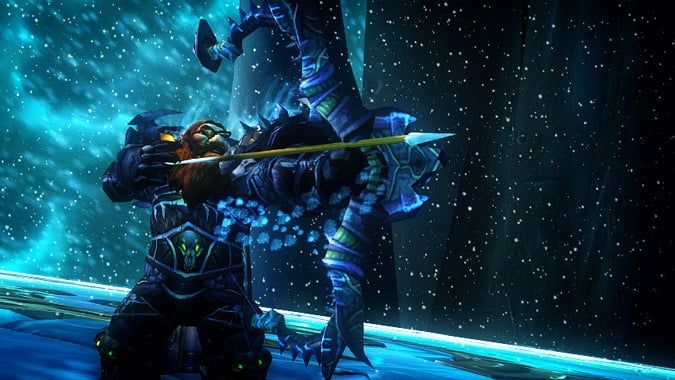 Marksmanship Hunters will be going through quite an identity change come Legion. Most traditional Hunter aspects like pets, traps, and being in tune with nature are simply gone. All that matters now is what’s in the crosshairs. They are solitary snipers who infuse their shots with whatever power they can, whether it be with magic or other, darker means.

Marksmanship is the only spec that maintains traditional active Focus regeneration. Instead of a slow Steady Shot, it is now an instant Arcane Shot which regenerates your Focus. Aimed Shot is also back with a shorter cast time, but it cannot be cast on the move. The one upside here is you don’t need to stand still to maintain Sniper Training anymore, so Aimed Shot will be the only time you have to stop moving. Chimaera Shot was not mentioned and will likely be gone, but we do have an interesting replacement.

Arcane Shot (and Multi-Shot) also have a chance to put a Hunter’s Mark on your target. Once you have one or more marked targets, you can use the new Marked Shot. This is a versatile ability with three functions. It can provide 2-3 target AoE damage, increased single target damage (with the stacking Aimed Shot buff), and also slows affected targets for solo situations and PvP.

I speculate that Marksmanship will have a role similar to what it has today with high single target damage, good cleave damage, and weak AoE damage. Multi-Shot is still there but it sounds like its main purpose is to mark targets for the Marked Shot. The whole Marked Shot mechanic is difficult to conceptualize in my head without actually getting my hands on it to see what it feels like.

Where things really get shaken up for Marksmanship is the talents. They’ve taken favorites from Survival’s old arsenal and made them Marksmanship-only talents. These include both Black Arrow and Lock and Load (a nice taste of the T18 set bonus after we lose it). Also, do you like Sylvanas? Because if you do, I think you’ll like the Dark Ranger talent which has a chance to summon an undead minion that also tanks for you. In a reddit comment by another developer, there was also a hint that Black Arrow could behave similarly to the Sylvanas version (but that’s not confirmed). It seems like Blizzard is throwing a bone to those who really wanted Dark Rangers to be the next class (similar to what they did with Lone Wolf in Warlords).

Let’s get the old Locked and Loaded Q&A started up again, shall we? Let’s hear your Legion questions for next time! Also, tell me what you’re going to be playing. Did the class preview change your mind?

P.S. It looks like we won’t have to worry about changing the name of this column again after all.