The Queue: Tauren Town in the Paladin Palace 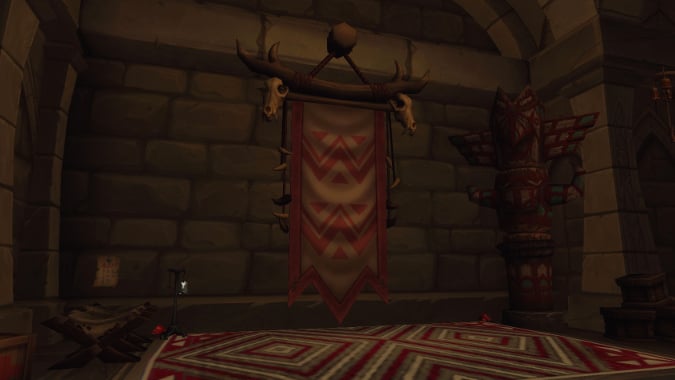 I know you can do every spec’s Artifact acquisition questline, but are the Class Hall founding quests tied into the Artifact acquisition? Will doing all AA quests result in you ‘founding’ your Class Hall three times? Or will you risk losing unique story snippets by having that segment of the process only happen on your first Artifact?

I’d guess that delay is involved because they specifically don’t want you joining your class order three separate times. In most cases, the founding of the order (or joining of the order) happens in your class hall while the weapon acquisition is completely inside of a scenario. I imagine they could do it where, once you can get your other artifacts, you run the scenario and that’s the end of it — none of the before or after story bits.

I’m relatively certain my first character was a Night Elf of some variety. I got into the original World of Warcraft beta while they were focus testing specific races. I’m pretty sure I didn’t imagine that and it was actually a thing, but it’s been over a decade since, so my memory is fuzzy. Regardless, if my memory is serving me right, only Night Elves were playable my first week/weekend in the beta, so every single beta tester was in Teldrassil in the surrounding areas. I only played that character for a few hours and I don’t even remember what class I played.

After that, it was a Forsaken Rogue. I quit that character out of shame because I couldn’t kill even the most basic mobs. Turned out equipping white quality vendor-bought daggers as a Combat Rogue wasn’t the way to play. Who knew, right? If I didn’t have friends encouraging me to try a different class, I might have quit the game then and there.

If I’m using the auction house in Stormwind’s Trade District, it’s always Auctioneer Jaxon. She’s cool and has a family which actually exists in-game! Officer Jaxon is one of the guards patrolling Stormwind, and I assume he’s her husband — because their son Xander also exists in the city. Xander brings her coffee at the top of the hour.

If I’m in the Dwarven District, it’s whoever I click on, but I’ve noticed I veer to the left when I go in there. That means I’m usually clicking on Auctioneer Lauffer or Auctioneer Hesse. Fun fact: Auctioneer Hesse is a Worgen who shapeshifts depending on the time of day. He’s in his Worgen form between 9 p.m. and 5:30 a.m. server time — in other words, when the sun is down in-game. Celestine of the Harvest, Stormwind’s Druid trainer, does the same thing.

I spend a lot of time in Stormwind’s auction houses.

Does anyone know what the point of that empty space by the small plots in the garrison is for? Originally I had assumed we’d get access to another plot with it but if that was the case we probably would have had it by now.

Garrisons were originally announced with more available plots than we have now. They changed it early in testing, but didn’t completely change the map/terrain just to remove that one splotch of land.

I recently discovered that my local dollar-store has packs of the old Cryptozoic TCG cards for a dollar per pack (or possible two packs). Should I grab some in the dim hope of finding a loot card?

Sure, but don’t get your hopes up. I’ve opened entire boxes of those TCG cards and gotten only a singular crappy pet. It’s gambling. Are you willing to gamble?