The light has not been kind to me friends. While other Blizzard Watch columnists get to write about their fun times in Alpha, or examining the goodies datamined about their artifact talent trees, I am sitting here both Alpha- and artifact tree-less with nothing obvious to write about. So forgive me for double dipping on the topic from last time, but I thought it might be worth taking a deeper look at some of what we have on our plate for Legion thus far. Beyond just a high-level overview of the changes, let’s take a deep dive into the abilities datamined thus far and the ramifications they may have for us in the next expansion. 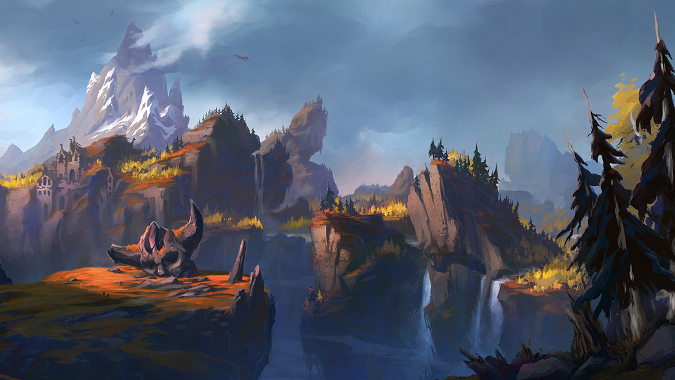 Where have we heard this before?

All tanks will be excellent at solo play in Legion, and deal respectable damage on top of their great survivability.

If this sounds familiar, it’s because this is the same line we have been hearing every expansion since Wrath of the Lich King. To be fair, this expansion has been pretty great in this regard. Considering Warlords is the expansion that finally got rid of Vengeance, it makes sense that our soloing was tuned to be far easier.

In fact, in many cases, I’ve preferred to stay in tank spec out in the wild. Even though sometimes it takes a little long to kill things, the proliferation of elite mobs in questing areas has made it rewarding to trade damage output for the extra survivability. I haven’t really run into any situations like in Mists of Pandaria where I felt I absolutely had to suffer through the Timeless Isle content as a Retribution Paladin just to get things done.

If the devs keep this promise and make our damage output even better, then I’ll be pretty content about never feeling like I need to change specs to complete some daily or another. When it comes to putting a special focus on “class fantasy”, that is a worthy goal. 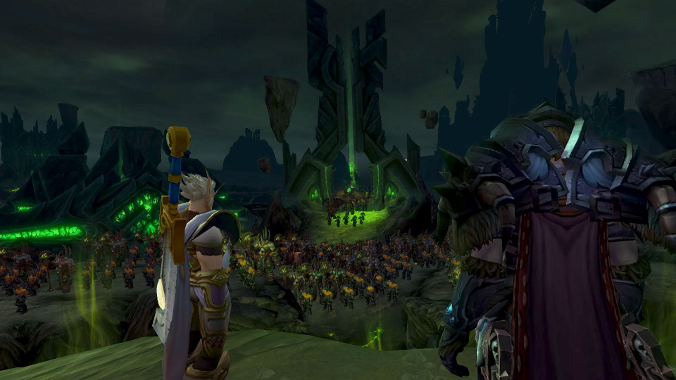 With all this talk about putting the “special” back in “specializations”, I’m finding myself really confused about what’s going on with this new round of ability purges and how that squares with promoting class fantasy. For example, one of the abilities that Protection Paladins (and Retribution) are losing in Legion is Redemption, our resurrection spell. I’m finding it hard to describe just how disappointing that design decision is.

I recognize that between Mass Resurrection and healers firing off rezzes as soon as combat ends, typically we don’t get much use for the ability. Regardless, it’s an integral part of the Paladin toolkit and the foundational fantasy that the Paladin class is built on. What’s one of the four abilities that the Paladin unit in Warcraft 3 had at its disposal? Resurrection!

I still remember leveling my Paladin back in the Burning Crusade as a blood elf and doing the quest that rewarded that spell to me.

The Paladin class fantasy is all about protecting your allies in battle, and even using the Light to bring them back from death so that they can rejoin the fight. I understand the designer trying to make resurrection spells a “healer thing” and that at least some part of the Paladin class will still have the spell, but ultimately I don’t think that Protection or Retribution Paladins are particularly worse for wear to have that spell taking up some space in their librams.

I have never felt burdened with Redemption sitting on my bars and occasionally gathering substantial dust. I always appreciated having the option of being able to rez an ally or just a random person I stumbled upon out in the wild. And more than anything I will miss having rez races with healers (and typically winning thanks to stacking haste).

In addition, we’re losing a few other abilities, some more noticeable than others. Turn Evil is another ability that I hardly ever used, but I’m still not pleased at seeing it go. Holy Wrath, in addition, I will definitely miss. I always found it slightly weird how such a niche spell slowly but surely made it to one of the heavier-hitting spells in our rotation, and it’s going to be even weirder suddenly not having it on my bars anymore. I remember back when the ability only worked against certain enemy types. It hadn’t aged very well as it took on more and more importance over the years, but now that it’s gone I will still miss it. It also doesn’t help that Retribution is taking sole custody of a redesign incarnation that actually sounds pretty cool. 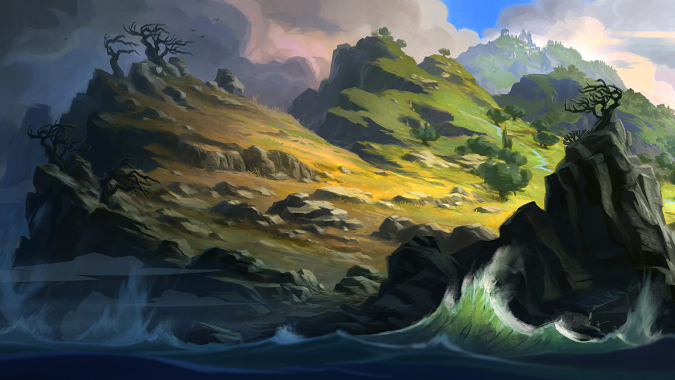 Our shields will be very righteous

Take this with a hefty dose of salt considering how early we are in the expansion design process, but there’s chattering that we may be looking at 100% uptime of Shield of the Righteous in Legion. You may be asking how that would happen.

Keep in mind that Shield of the Righteous is now redesigned, with the removal of Holy Power for Protection, so that it relies on a system of charges tied specifically to the ability. You get three charges at a time and they take 12 seconds to recharge. This recharge timer is modified by two stats, though. Haste will reduce the recharge time and then the new passive Redoubt immediately recharges one charge of Shield of the Righteous whenever we crit on an auto-attack.

Someone on the forums plotted out what effect different levels of haste and critical strike would have on our Shield of the Righteous uptime and it’s pretty crazy. According to their spreadsheet, it’s not farfetched at all that Protection Paladins will be able to keep Shield of the Righteous’ benefit going indefinitely in combat.

I don’t know if that spreadsheet is 100% accurate to what the situation will be in the expansion, but if it’s close at all, I can’t imagine that the devs won’t make changes to nip this in the bud. The idea of having 25% damage reduction active at all times when tanking is ridiculous and will lead to the hammer being brought down on us soon enough. I’d rather the devs make changes now and keep this from happening while they are still iterating on our abilities, and not just kick the ball down the road and horribly overcompensate a few months into the new expansion.