Since the last Arcane Sanctum when we looked at changes to Arcane’s talents in the Legion alpha, more information continues to be available from testing and the devs themselves. Specifically, the latest Legion alpha build has shown that Ice Barrier will be going baseline for all Mage specs. It had disappeared from the talent trees but now we know it’ll still be available.

Secondly, despite rumors and worry to the contrary, Invisibility is not going away. Greater Invisibility will even be baseline for Arcane. Finally, Rune of Power is going to be seeing some changes that we’ll look at in Tier 3.

That’s what is new for all Mages, but of course we’re here to take a look specifically at Fire Mages. Although the core design of Fire is remaining the same and isn’t seeing the kind of change that Arcane is, there are still quite a few new talents to take a look at that should provide some compelling choices for Fire Mages in the new expansion. As always, information from the alpha is subject to change as things are being constantly refined. 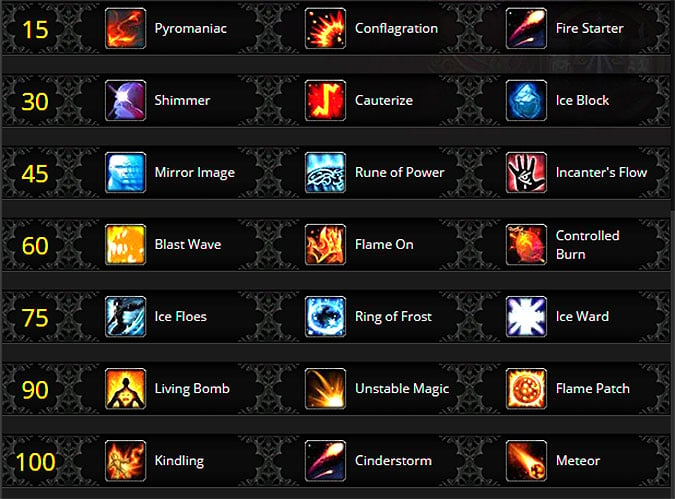 Evanesce and Blazing Speed have been removed entirely, and Ice Floes was moved to Tier 5. This tier contains three entirely new talents for Fire. The significance of this tier has really been amped up, with three viable and interesting choices here.

The first one is Pyromaniac, a talent that works with Hot Streak. With this talent, casting Pyroblast while Hot Streak is active has a 50% chance to instantly reactivate Hot Streak. Reports from the alpha are that this talent leads to a ridiculous amount of instant Pyroblasts and it’s going to be a strong contender for single target, PVE content.

The next talent choice here is Conflagration, an AOE addition to Fire’s regular spells that will cause Ignite to have a chance to “flare up” and burn nearby enemies for an additional [20% of Spell Power] Fire damage. This talent is going to be an invaluable option for any clumped groups of enemies or adds in boss fights.

Finally, Fire Starter will be an excellent option for fights that benefit from cleave but don’t have large groups of adds. It simply allows Fireball to chain to one additional target, giving you extra damage.

I’m really pleased to see the options in this first tier catering to such a wide range of scenarios for Fire Mages. Especially with the ease of talent switching in Legion and the removal of reagents, it’s going to be convenient to swap between these depending on the situation and each of them is strong in its own right.

This is not a tier unique to Fire and applies to all Mages. Alter Time and Flameglow have been removed. The new talent Shimmer has been added, removing the cooldown on Blink 30% of the time when the Mage takes damage. Ice Block has been made a talent that now shares a tier with Cauterize. This is unfortunate and may have serious repercussions on Fire’s defensive capabilities. Fire Mages have always been the most fragile of Mages, but when the talent “trees” were revamped in favor of tiers we gained access to more defensive abilities than ever before. Cauterize is a solid talent but often requires an Ice Block to be fully self-sufficient. Now that the two are mutually exclusive, we won’t have the option to remove our own Cauterize debuff. Greater Invisibility is going baseline for Arcane Mages only and we won’t have access to it as a cooldown any longer. We’ll have to see how this unfolds on the alpha, but right now Fire’s survivability is an area of concern. 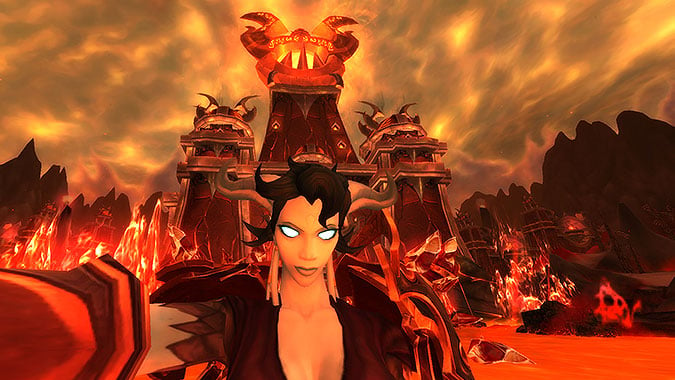 Tier 3 is now all of the talents from Tier 6, simply shuffled around. The choice remains between Mirror Image, Rune of Power, and Incanter’s Flow. Mirror Image has not been a popular choice for Fire Mages because of its lack of scaling (e.g. the talent does not scale with Mastery) and so Rune of Power and Incanter’s Flow remain the top options here.

Although Rune of Power still exists, some changes have been made to it and are ongoing, according to the devs. The new version will have two charges and a forty-five second recharge, and drop at your feet rather than requiring a target reticule. It’ll function as a cooldown rather than something you need to be constantly placing — although you’ll still need to remain within its limiting area for the duration in order to reap the benefits.

This tier saw a bit of redistribution, as Greater Invisibility and Cold Snap were both removed. Blast Wave was moved from Tier 5 and two new talents were added.

Flame On is an activated ability on a 30-second cooldown that will grant two charges of Inferno Blast when used. This has some powerful potential if carefully timed and should allow Fire Mages some additional control over our burst ability. It should be interesting to see it in action and it’s nice to have a non-AOE option in this tier.

The next new talent, Controlled Burn states “When you gain Heating Up, there’s a 10% chance to instantly go into Hot Streak. This chance is increased by your Critical Strike.” This talent is a little tougher to evaluate with current information. It’s not without immediate potential but will require some theorycrafting and comparison to see how it stacks up against Flame On as an option in this tier. 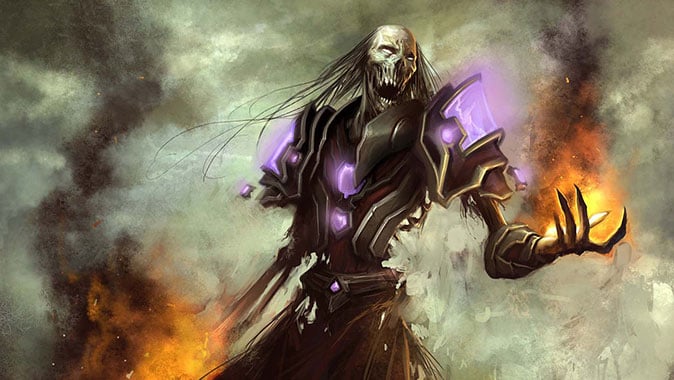 Living Bomb was moved to Tier 6 along with Unstable Magic. The new Tier 5 for all Mages is Ice Floes, Ring of Frost, and Ice Ward. Unless this is changed in a later build, currently Ice Floes will be the obvious choice for all PVE Fire Mages.

Living Bomb and Unstable Magic have been moved here from Tier 5, and they are paired with the new Fire exclusive talent Flame Patch. This talent adds another option to a Fire Mage’s AOE arsenal, beefing up Flamestrike to ignite the ground it’s cast on and leaving a patch of fire behind which continues to burn enemies for [20% of Spell Power] Fire damage per second for the next 15 seconds. This adds a nice little bit of burst AOE option but its use will probably be situational.

This tier retains Kindling and Meteor as options while removing Prismatic Crystal in favor of the new talent Cinderstorm.

Cinderstorm is described as throwing a spread of six cinders that travel in an arc and each deal [50% of Spell Power] Fire damage to enemies they hit. Although this talent sounds interesting conceptually, it also could be frustrating as it has very specific positional requirements. But unlike the late, unlamented Prismatic Crystal, at least you have control over where your character is and it could still be used to great effect. If you look at the alpha screenshot below, you can get a sense of the “arc” that’s being described in the tooltip. The cinders start out slightly to the right, then forward for about 15 yards before they begin moving to the left. It’s not a targeted spell and can be cast whether you have a target or not, but it’s not guaranteed to hit your target either, especially if you’re trying to hit something at a distance and don’t have the hang of aiming it yet. 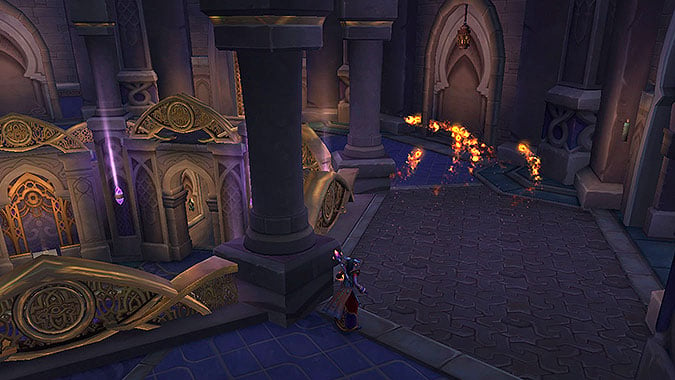 Although Fire is not being overhauled in any extreme way, the addition of a number of solid talent options should give the spec additional power and flexibility. In particular, the first tier of talents provides a way of customizing on a per encounter basis with no “dud” talents in the tier. Although Pyromaniac in its current form is probably overpowered and will likely see a nerf long before the expansion launches, these talents are still a welcome replacement for the previous first tier.

Changes to the way Rune of Power functions should also benefit many Fire Mages who felt reliant on this ability so that it can at least be used as a cooldown. Other new talents scattered throughout the tiers such as Flame On, Controlled Burn, Flame Patch and Cinderstorm give some Fire specific options that should only add to Fire’s enjoyable, burst and burn gameplay.