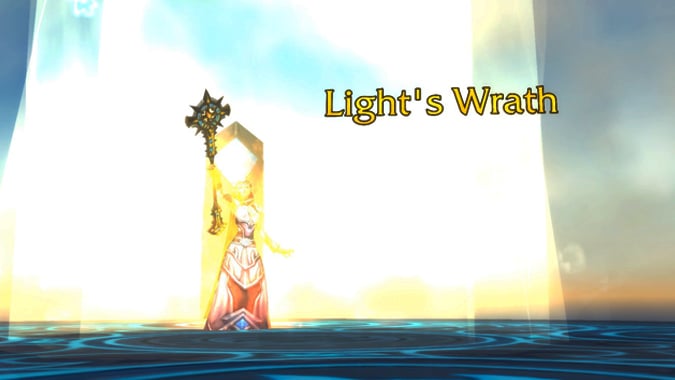 Praise the Light, Discipline has come to the alpha! This makes Discipline the third healing spec to go live, so we’re still waiting on Holy and the other healers to see how everything works together. It’s very early still, but we’ve had a few spell changes and we can at least see how gameplay works, along with spell and talent interactions. Literally an hour after I finished this column, a new alpha build went up changing various things already written, so naturally I immediately blamed Mitch. 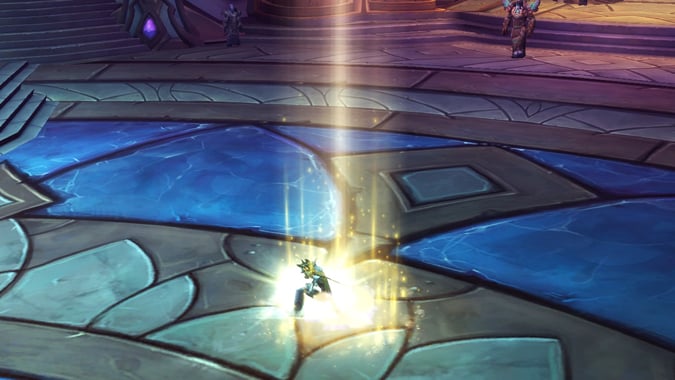 Smite has a new addition this build. Not only does it do damage and proc our Atonement, but it also puts a damage absorb on the target, absorbing an amount equal to the damage done. Mind Blast had this function in the previous build, but Mind Blast has been removed from Discipline. Pontifex and Power Word: Nova are indeed no longer a thing, replaced by Rapture and Power Word: Radiance. Rapture is our Power Word: Shield spam time, allowing you to free-cast shields for 8 seconds every 1.5 minutes.

Power Word: Radiance is our Atonement version of Prayer of Healing, applying Atonement on the 2 (down from 5) closest players to your target. Pain Suppression‘s cooldown has been increased from 3 minutes to 5 minutes, keeping in line with the tank and healing changes for more dynamic gameplay, while Mastery increases the healing of Atonement. 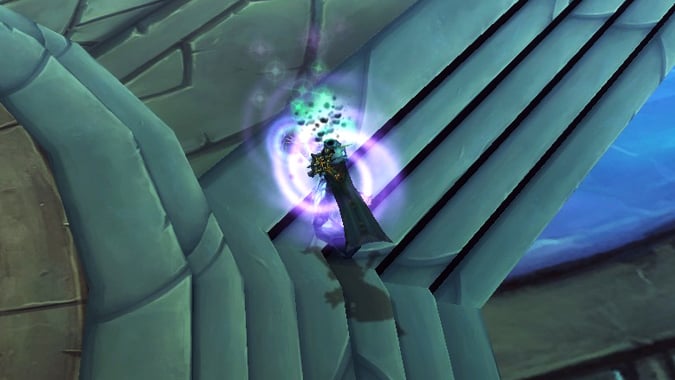 The number one change for all healers is that in Legion they’ll be able to solo and quest in their healing spec. Discipline, however, has already spent the last two expansions being able to do just that, and I don’t think Legion’s questing will differ terribly from how it is now. Add to that the 100% damage bonus that healers will receive in the open world, and we should have a relatively easy-breezy questing experience. NPCs often die before Shadow Word: Pain is able to tick, so your general 1, 2 hits will come from Smite and Penance. Healing yourself is easy, just keep a shield up and let your Atonement heals wash over you, with Plea and Shadow Mend if that’s not enough.

One thing Discipline seems to be missing is a decent AOE damage spell. Granted, we have Purge the Wicked or Schism at our disposal, but DOTs and cleave just don’t fill the loss of Mind Sear to our unsavory brethren and Holy Nova to our more pious counterparts. Another AOE concern is our ability to clear old content efficiently. Since Blizzard seems to discourage rampant spec switching with time-locked gating on Artifacts and the possible gold cost of switching specs, we’ll need an option that doesn’t involve switching to Shadow constantly. Schism’s defect is that it cleaves from the last tick of Penance, but in lower content nothing will live that long. One solution to this could be adding the damage component back to Divine Star or Halo, since with Divine Aegis gone and without the ability to apply Atonement, they’re mediocre. 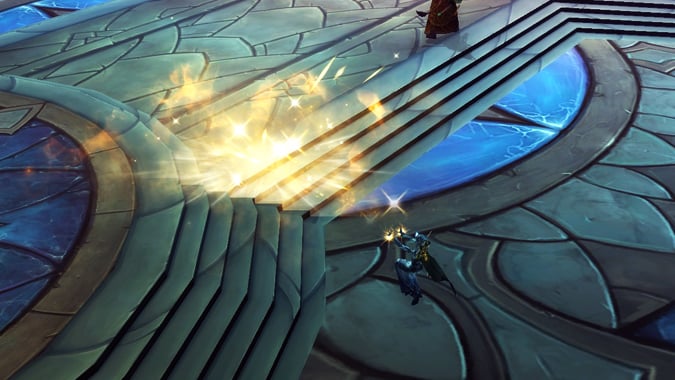 Raid healing will differ wildly from 5-man healing, which will differ from tank healing. There’s only been one raid test so far, and only three healing specs available, so it’s hard to make any concrete conclusion, but we can work with 5-mans. Note, due to the removal of Weakened Soul, you’ll in fact be able to stack shields from multiple Priests on the same person. So Discipline Priests won’t work against each other in a raid setting, though I doubt groups will want to take more than one just because it’s another niche role.

Tank healing is pretty straight forward: keep shields on tanks and/or Plea to keep Atonement up, then Shadow Mend when things get dangerous. Because of the constant amount of damage that tanks take, the damage component of Shadow Mend will be negligible. Add in the damage absorb of Smite, and we have ourselves another pseudo shield in a sense. 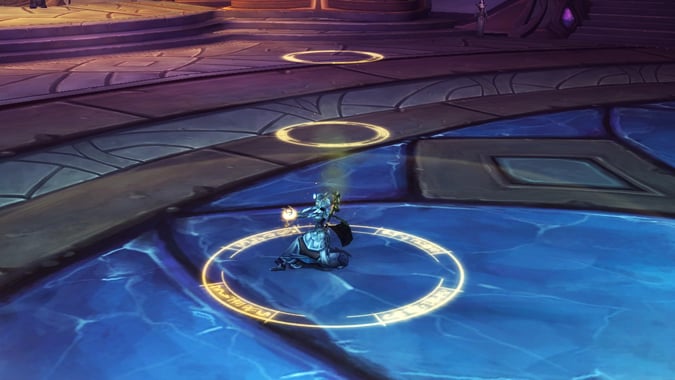 The trouble comes with healing the rest of the group. For periodic or minor damage, it’s easy to place a shield or Plea, with Power Word: Radiance as needed, and let Atonement take care of the rest. Unfortunately, when things go south, the real danger starts. Radiance’s change from 6 to 3 targets impacts our ability to AOE heal. If you already have Atonement on the group, you need to pray that your damage is enough to heal through it. If you don’t, you’ll waste time trying to apply Atonement then damaging…or relying on your pure healing spells. The pure healing spells are fairly weak, probably to encourage the DPS playstyle rather than trying to stick to sole healing. Our one AOE talent option, Shadow Covenant, replaces Radiance, and putting a healing absorb on players when they most need that AOE healing seems to work to our detriment.

Another thing Discipline lacks is a panic heal button when someone has been hit hard. Currently on live, Penance fills that spot. We could talent Penance to heal again, but that makes the talent mandatory, and goes against Blizzard’s goal of making talents more dynamic. We need something that will fill our “large and costly heal” gap that Heal‘s removal has left.

On the bright side, the new Atonement does offer one thing: direct control. Too long have we been burdened by accidental smart heals after vowing not to heal that one guy in raid or threatening to let our raid leader die. Or, more likely, when questing, you don’t have to worry about lower health people near you taking all your Atonement heals. Your heals are your own once again. However, I will miss those free PVP kills I used to get just by doing dailies around people killing each other. 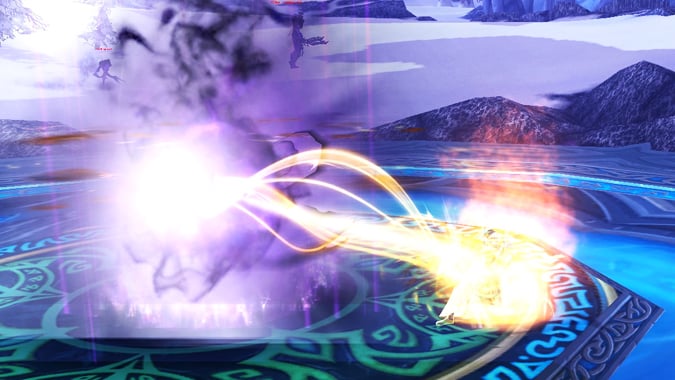 As always with Discipline, it’ll be hard to balance. Hybrid taxes never really worked in the past, as evidenced by the fact that they don’t exist anymore. It feels like since they couldn’t balance absorbs, they just took fistweaving from Mistweaver Monks and gave it to Discipline to keep the unique role.

Purely from a realistic gameplay viewpoint, there are a variety of issues with DPS itself. What happens when you can’t DPS? Bosses go immune, sometimes your raid leader calls for a DPS stop to control phases. This prohibits your ability to heal effectively, while the other healers have no such issues. Your heals will heavily depend on the fight, more so than usual. I don’t like being constrained beyond my own abilities or making the rest of my healing team pick up the slack.

Balancing issues abound, we’ll either end up with a very powerful and required-in-every-raid spec, or a niche play-around-with-while-bored/one-fight-only spec. Damage can’t be tuned high enough to make it a viable DPS class, but damage needs to be high enough for Atonement heals to keep up with other healers. We’ve been told that we’ll be 50% damage and 50% heals, does this mean we’re half a DPS and half a healer? Or will we be a full healer, where our healing comes from half DPS/Atonement and half raw heals? Currently Atonement heals for 50% of damage done. If Atonement healing is too low in order to compensate for the DPS a Discipline Priest will do, healing in 5-man groups will be a nightmare. If the healing is high enough to heal solo, it’ll be overpowered in raid groups.

From a lore perspective, Discipline’s role is interesting. I like the idea of having shadow spells that heal, but always at a cost. Shadow Mend heals a lot, but does damage until topped off. Shadow Covenant heals a group, but puts an absorb on them that must be healed through. Though I like the lore angle, I don’t like the actual gameplay aspect. It feels more like managing than healing, and like it’s veering farther into DPS territory than I prefer as a longtime healer. 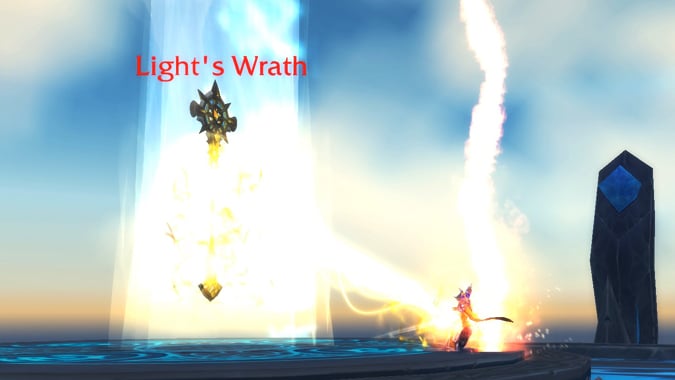 The Artifact quest details your reclamation of Light’s Wrath. It turns out that after the Scarlet Crusade’s failed experiment, the Kirin Tor sent the staff to the blue dragonflight’s vault in the Nexus, now occupied by opportunistic Ethereals. Your job is to help Azuregos fend off the Ethereals and contain increasingly unstable Holy power threatening to explode. 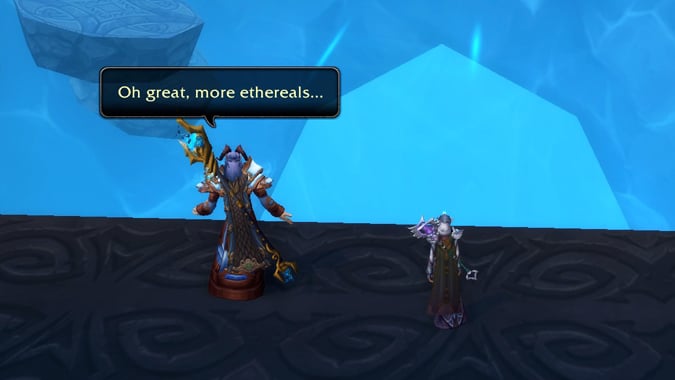 The entire premise feels disjointed to me. I’d have expected going to Dalaran or even Scarlet Monastery for the staff, but the Nexus doesn’t make sense. The claim is that this happened “long ago” but this timeframe appears to be in the middle of Malygos’ madness, and the Kirin Tor wasn’t exactly friendly with the dragonflight, especially after Malygos awoke and tried to remove all magic from the mortals. In Tides of War, Kalecgos dissolved the blue dragonflight, who then abandoned the Nexus to go be free and live their own lives. This prompted the removal of the Focusing Iris, since they recognized it was too dangerous to leave in reach of malicious hands. Yet somehow an incredibly powerful and volatile staff was just left sitting in the vault for Ethereals to mess with? The Nexus just felt too shoehorned in, as though they took Jaina and Kalecgos’ budding relationship and built backward from that. 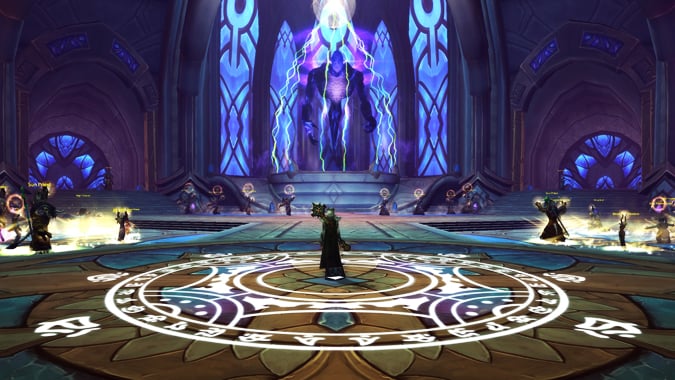 After claiming your Artifact you’re sent to Velen, who has thinks you can help with a little problem they have. When you arrive at Netherlight Temple you’re greeted by Priests from every race, and a void-stricken naaru. With the help of your shiny new staff you purge the naaru of its darkness, which then sets up your role as a leader of the Light and paves the way to your adventures in Legion.