The Queue: I want this 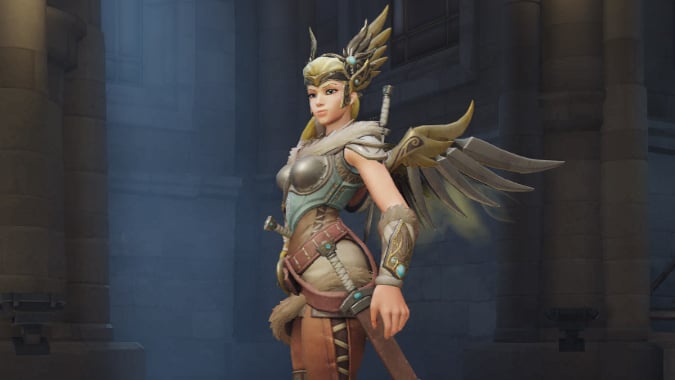 Just saw a news item and apparently Nomi has grown up and resides in the Dalaran kitchen. Could we extrapolate how much time has passed since he was a little kid back in Pandaria? Is there any other information that could tell us how much time we spent on Draenor?

It’s unlikely more than 3-4 years have passed since we first met Nomi. Blizzard typically goes with expansions passing in real time, or even less than real time. There was only one occassion where some NPC dialogue suggested there had been 10 years between expansions, but that was in a beta, and that language was removed — or at least made more vague, because it definitely had no been 10 years on Blizzard’s timeline.

Nomi is probably not that much older than he was when we first met him when he was using the Pandaren child character model. There’s just no character models for teenagers. Anduin Wrynn has had a few custom models, and his teenage model — and maybe Wrathion’s model — are the only teenagers in the game. Nomi might’ve been 12 or 13 when we met him, but the Pandaren child model which makes him look like he’s 5 years old was the only applicable model. Now, he might be 16 or 17, and the adult Pandaren male model is the most fitting. Neither of those models actually fit those age ranges, they’re just what’s in-game.

I just got done with the Vorkosigan Saga by Bujold (which I loved) and I’m looking for a new sci fi or fantasy audiobook series.  Any suggestions?

Michael J. Sullivan’s Riyria Revelations is my favorite fantasy series by far and the audiobooks are stellar. It’s simultaneously a sweeping adventure and a buddy cop flick — except replace cops with thieves. It’s full of great characters and the narrator, Tim Gerard Reynolds, does an amazing job bringing them to life. Highly recommend.

And while we’re talking audiobooks, I’ll remind people you can sign up for a free Audible trial at http://blizzardwatch.com/audible to support our podcast, etc.

Something I remembered over the whole discussion down there: As a Tauren player I was somewhat unhappy about the role of Baine during the Battlefield Barrens patch. He was questioning if we had the strength to challenge Garrosh and if it wold be a good move for his people. With how easy our win felt with the whole Siege of Orgrimmar only a patch later, and it being the Alliance plus some of the Horde, which should be superior numbers, it felt as if he was just a coward. A few weeks ago I thought it over again and thought about how we never have any idea how many of any race are around.

Is there anything in the books or somewhere else that makes Baine’s stance on taking on the “True Horde” justified? If there isn’t, what makes him act that way?

I’m going to try answering this with only passing knowledge of the books. I haven’t read most of the recent novels, including the ones which explored Garrosh’s rule over the Horde. However, I know some of the details just from listening to others talk about it, so I’ll do my best.

My understanding, ever since Warcraft 3, is the Tauren aren’t particularly numerous. There was a reason Cairne needed the aid of Thrall and the Orcs. The Tauren didn’t have the numbers to defeat the centaur or even hold them back. Thrall swooped in with his Orcs, saved the day, and Cairne joined the Horde out of gratitude.

Thrall puts Garrosh in charge. Cairne doesn’t like this. Cairne challenges Garrosh to Mak’Gora — a duel of honor in which a subordinate can challenge their superior for leadership. Garrosh wins. He wins through Magatha Grimtotem’s duplicity because she poisoned Gorehowl, yes, but he still wins. Given the poison on Gorehowl still required Garrosh to hit Cairne with a huge freaking axe, Garrosh probably would’ve won that fight regardless. Cairne simply might not have died in the end were it not for the poison.

Garrosh goes on to quickly and effectively conquer huge swathes of territory. Whereas Thrall’s Horde was actively trying to chase the Night Elves out of Darnassian territory, they never managed it. With Garrosh in charge? He laid waste to the Night Elves. Go in-game right now and walk through northern Kalimdor and count the Elven corpses. There are a lot of them. Garrosh went on to wipe Theramore off of the map and generally ransack Azeroth for all it was worth.

From Baine’s perspective, this rebellion is up against a guy who easily slew his father in single combat and has steamrolled his every opponent, both in personal combat and in war. It’s entirely possible the rebellion didn’t have superior numbers, but even if it did, does that mean much in Azeroth? We, the player characters, are the people capable of going up against dragons and surviving. An entire battalion of Stormwind’s basic ground infantry, though, would be wiped out in one fire breath. And Garrosh Hellscream had the Dragonmaw Clan — and their dragons.

As the players, we can eyeroll Garrosh and call him a big dumb jerk. If you existed in this game world, Garrosh was absolutely terrifying. He destroyed countless lives. He had no moral reservations about nuking bothersome enemies. Where most of the world’s leaders would balk at the idea of using dark, twisted magic, or need to fall to some sort of corruption before using it, Garrosh loved the idea of using the Dark Shaman and the heart of an Old God to his own ends. There was no “corruption” there other than Garrosh wanting to conquer everything and everyone by any means necessary.

Regardless of the numbers, I don’t think Baine was a coward. His reservations were perfectly reasonable. Garrosh inflicted more damage on both the Alliance and the Horde than any other “big bad” we’ve had yet. And people should be way more pissed at Thrall for putting Garrosh in charge. Garrosh didn’t get to the seat of power on his own. He didn’t even put any effort into it. He didn’t want to be in charge. Thrall put him there. Thrall forced him there. Once he was there, Garrosh only did what his upbringing as an Orc told him was the right thing to do as Warchief. That is, do war stuff.

They’ve implemented LOCKBOXES into Overwatch. They say they’re using in-game currency, but I guarantee you, that currency will be directly purchasable, and they’ll heavily encourage you to do it.

This really disappoints me. Lockboxes are a scourge on the industry. And some countries are actually cracking down on them as illegal gambling. They prey on people with these kind of things.

If you’re familiar with lockboxes, you know how bad this can and likely will be.

I’m going that thing again where this isn’t a question, but it was a comment I wanted to address. At this point, we’re not completely sure which you’re purchasing for real money — lockboxes or the items directly. We know for a fact you get lockboxes from leveling up, and lockboxes can contain Overwatch Credits. If you’d be getting a duplicate item out of a box, you get a bunch of credits instead. Here’s what McCree’s skins page looks like: 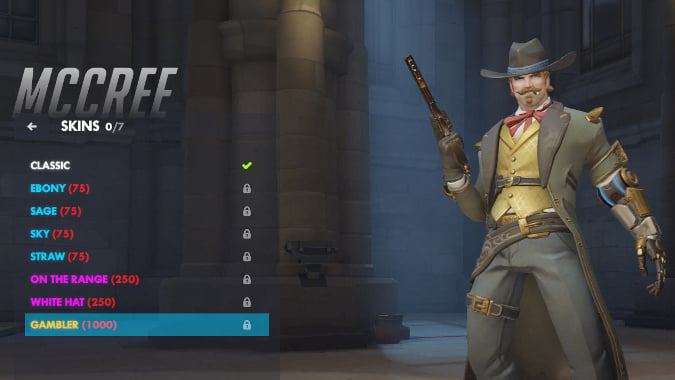 Is it a bit shady? That’s a personal question, really. I, myself, don’t mind it. There are FPS games where power increases come from this sort of gambling — your weapon upgrades come from loot boxes, and that is something I find abhorrent. Cosmetic stuff? Eh, I don’t care. It’d be cool to be Doc Holliday McCree, but I don’t need that to be on a level playing field with everyone else. And if this cosmetic stuff means future characters, maps, and so forth don’t cost me anything, because the cosmetic stuff is funding the actual game content? That’s even better. And you do get free loot boxes simply by playing. You get one when you level up, and from what we’ve seen, you can level indefinitely. There’s no limit other than how much you play the game.

Based off yesterday morning’s breakfast topic, would you be OK with content patches during the in between expansion lulls, even if it ment delaying the next expansion by a few months?

Basically, what would be better in your opinion? Having new content to do regularly while waiting for the next expansion, or getting the expansion as fast as possible?

Having seen what other successful MMOs do (even if their total subscriber count isn’t as large), I think this is a silly choice to make. These massive, monolithic content patches are something only World of Warcraft does anymore. Other MMOs release bits of content every couple of months, or every month, and still manage to deliver huge expansions. In the MMO sphere, only World of Warcraft still does this thing there you end up 6-12+ months without any new content whatsoever. Other MMOs, there’s always something on the immediate horizon. Even if it isn’t a massive thing full of tons of features or a billion new bosses, there’s something playable within reach.

If World of Warcraft could pull this off, I suspect they would’ve done it already. For whatever reason — maybe development structure, maybe the actual date architecture of the game, I don’t know — they can’t do it. In that case, I do wish they could at least break the lull in half or something like that. We’re on course for over a year without new content again, and if it could maybe be 6 months and then another 6 months, that would at least be half as painful.

Maybe related, maybe not, but I do feel like Warlords of Draenor was particularly bad for content because they gave up on it. Obviously, I don’t know that as fact. But it feels like they thought it was going to be a really cool idea, got deep into development, then decided maybe it wasn’t such a cool idea but it was too late to turn back.