Good news, everyone! Frost Mages are now available in the Legion alpha, and we also gained access to our third spec before the Warlocks, so we have that going for us. Now that we’re finally seeing some of the changes to Frost in action, Mages are going to have opinions about them.

There’s a major change that I see cropping up again and again in Mage discussions, so rather than collect alpha impressions, I’d like to talk about our Water Elemental friend’s future and the new tier one talent: Lonely Winter. Love it or hate it, it’s the biggest upcoming change to Frost’s gameplay and it has the potential to fundamentally impact Frost’s identity.

Although it’s now considered an iconic Frost Mage ability, the Summon Water Elemental didn’t start out that way. First, it used to have a cooldown on summoning it, and it also used to keel over and die if you looked at it funny. Its sole purpose was to cast Waterbolt on its own and provide you with an additional, ranged Frost Nova (later renamed Freeze for the Water Elemental’s version). In the last patch before Cataclysm launched, the Water Elemental was made a permanent pet. This marked a new era for the elemental. It underwent a series of adjustments, keeping in mind that Frost has always been the most predominant PVP spec and balancing Frost PVP and PVE was never an easy task. The Water Elemental’s Freeze had its damage component removed in Mists of Pandaria, only granting Fingers of Frost charges. The Glyph of Water Elemental gave it 40% more health and the ability to cast on the move. Never before had the Water Elemental been so durable! 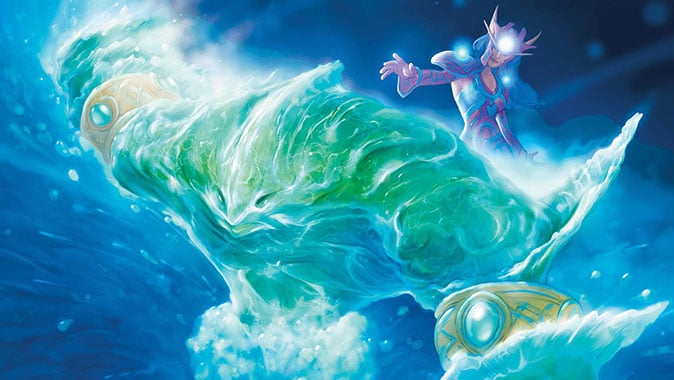 Warlords of Draenor really saw the Water Elemental come into its own as part of Frost’s gameplay. With the addition of Water Jet to its repertoire, it was no longer simply a passive contributor of damage and Freeze, but timing its cast with your own Frostbolt casts became essential and made the elemental much more interactive. What for some Mages was a benefit, Mages who enjoyed playing a pet-dependent spec while still playing the best class in the game, became for others a deterrent. If you were a Mage who enjoyed playing Frost while pretending your elemental mostly didn’t exist, it was getting difficult to ignore the Water Elemental in the room.

I don’t mean to be divisive, here. There’s definitely merit in both sides, because ultimately it comes down to personal choice. Frost began as a quasi-pet spec. Water Elementals lacked the versatility of “regular” pets used by Hunters and Warlocks. They occupied an odd space. You could even heal them yourself by casting Frostbolt at them. As the elementals grew in complexity and also importance in Frost’s rotation, what was enjoyable to some Mages became onerous to others. Now, along comes Lonely Winter in the Legion alpha.

Lonely Winter undoubtedly has the ability to revolutionize Frost for Mages who have no interest in having a pet. It simply takes away your ability to summon the elemental, while giving you a flat 25% damage increase to Frostbolt, Ice Lance, Frozen Orb and Icicles. It’s available at level 15, allowing Mages to make the choice very early on to opt out of having a Water Elemental. It’s great news for those who never liked the elemental in the first place, or perhaps had avoided trying Frost because of it. 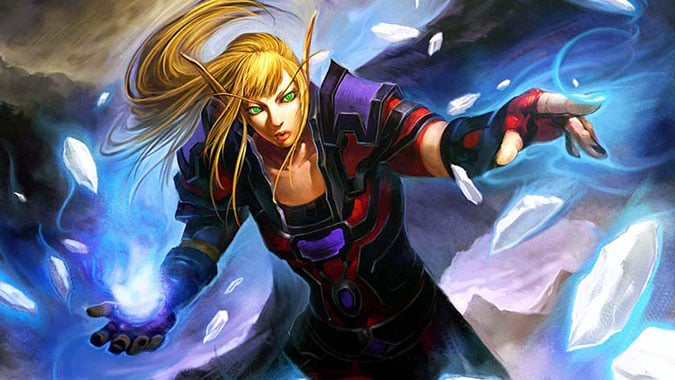 But it could also come with potential pitfalls for Frost Mages in general. How easy is it going to be to balance Frost in Legion? It’s already a spec that has struggled for PVE recognition compared to Arcane and Fire. In recent years Frost has made great strides towards dispelling those anachronistic notions and holding its own. If Lonely Winter becomes in any way more powerful than having an elemental, Frost Mages who prefer to have one would feel forced to opt out. The flip side of this is Frost Mages who don’t want to use an elemental having to choose one because Lonely Winter isn’t powerful enough.

What if Frost Mages using Lonely Winter have insufficient Fingers of Frost generation and it negatively affects their DPS output despite the 25% damage increase that’s built in? Regardless of which way the balance swings, it’s still a problem that could snowball out of control. Going forward, the devs will always have to keep in mind that a Frost Mage could have a Water Elemental, or they could not. The worst case scenario is Water Elemental viability on a per fight basis. It’s not very difficult to imagine a scenario in which movement heavy fights favor use of the Water Elemental because it can provide passive damage, and more stationary fights would see a much greater increase in DPS by adding in that 25% to your own spells. Although switching talents for fights in general has become an accepted practice, that’s a pretty major gameplay shift to be making regularly. 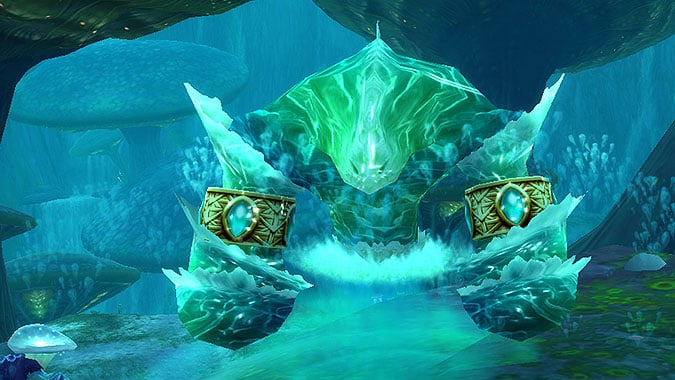 Finally, this seems like it might be a lesser consideration but it actually strikes right at the heart of the spec identity: What is the “class fantasy” of the Frost Mage and how integral is the Water Elemental to it? Although you can’t theorycraft it and it’s hard to put your finger on, for as long as Frost Mages have existed, the Water Elemental has been alongside them. It’s actually one of the most notable signifiers of any Mage’s spec. I’ve switched between Fire and Arcane on different nights and raids until someone notices I’m casting Fireballs with an “Oh, you’re Fire now?” But it’s hard to miss that big galumphing Water Elemental when a Mage is Frost. Most Mages I know consider it affectionately. There was even a brief bug that allowed Mages to change the elemental’s name and I think most Mages would welcome the ability to personalize it. It’s funny to think of getting attached to a big ball of pixelated water, but you do.

There are no easy answers about any of this: what the Water Elemental means to Frost’s identity, whether mechanically balancing the spec as either petless or “traditional” is going to be easy, and how many Mages will choose to forego the elemental if given the chance? The fact is that more choice is seldom a bad thing and the devs are clearly confident that they can make this work. If it brings additional players to try the spec or even the class then it’s probably worth doing. I am curious to know how many Mages feel that their elemental pal will be pried from their cold hands and ones that will be relieved to be solo agents of ice, though. As the Legion testing continues, we’ll probably be able to get a better sense of how Lonely Winter Mages are playing out in practice, but until then we’ll just have to go with the flow.