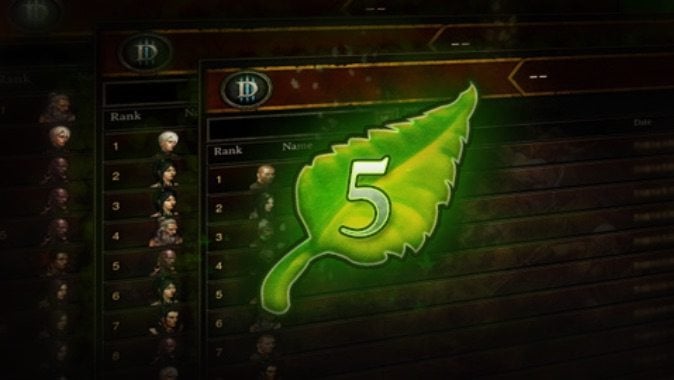 It’s that time again: Diablo 3’s Season 5 is coming to an end. This means you have just two more weeks to wrap up your seasonal character and get your seasonal achievements or seasonal armor sets. If you’re like me and completely forgot about the season until just now, that’s still plenty of time to climb the ranks to level 70 (at least with a bit of work).

If you’re planning on playing your seasonal character down to the wire, here’s when Season 5 will be wrapping up:

Some time after Season 5 closes out, we expect patch 2.4.1 to hit the live servers. It’s not as big a patch as last season’s 2.4, which included the new Greyhollow Island zone, but it does include a number of class and item changes. Check out the current PTR patch notes for all the details.

Then we’ll be getting Season 6 starting on April 29:

So, seasonal hopefuls, get ready to jump into Diablo 3 this weekend to hit those season goals!

Blizzard Watch is made possible by people like you.
Please consider supporting our Patreon!
Filed Under: Diablo-3, Season 5, Season 6
Advertisement