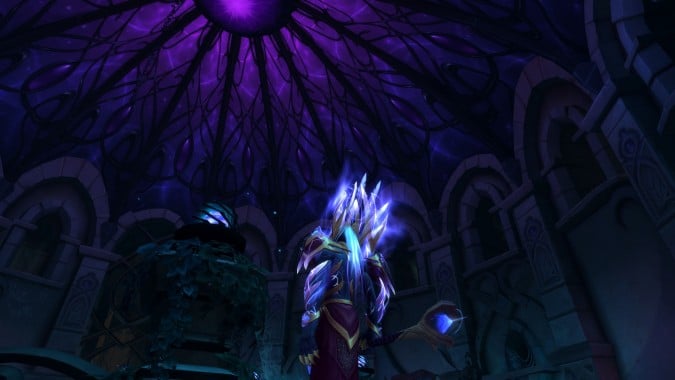 We’re getting close to the Legion beta, folks! Tonight we have official beta patch notes which cover (almost) everything 7.0. One notable absence is class details, for which Blizzard only links to last year’s class and artifact previews — and there have most certainly been changes on the alpha since then.

Update: Of those class previews, Nethaera says, “A lot of the information is still relevant and we’ve been in the process of adding more updates to them.” So these previews aren’t quite as dusty as they initially appear, though they don’t spell out all the changes the classes will see in Legion.

For all the details, check the full patch notes below.

While we knew a lot of this, there’s a bit of new info here. Those using level boosts in Legion will be treated to a quick lesson on how to play their new class while traveling to the Broken Shore — and anyone thinking about boosting a character can give one a trial run before using their boost. We also finally have some details about swapping specs: though Blizzard doesn’t state the exact cost, changing specs will have a “progressive gold cost.” How very vanilla WoW. Making that cost a little less painful, however, is the fact that when you queue for a dungeon or raid you can queue for any spec — and you’ll automatically swap for free. The system sounds potentially frustrating to me, but we’ll see how it plays out.

Dominate your foes as a Demon Hunter, an elven outcast shunned for daring to wield the terrible powers of demons in order to combat the Legion. Exhibiting superior mobility, great martial prowess, and a preternatural ability to detect demons. Demon Hunters can tap into forbidden powers at times of dire need, metamorphosing into terrifying demonic forms. Demon Hunters may choose between two specializations:

Brave the epicenter of the demon invasion—the Broken Isles, a land rich with ancient wonders. Explore lush forests, colossal mountain ranges, storm swept cliffs, and night elven cities older than human civilization. But beyond the Legion’s marauding army, native dangers lurk here too: twisted satyrs, savage drogbar, and cursed Kvaldir are but a few of the danger’s awoken by the return of the Burning Legion.

Explore the Broken Isles with areas such as:

Wield weapons of legend against the Burning Legion. Set out on quests to claim the myth-forged artifact weapons for your class, then grow their power as you continue their legend. Your choices will change their abilities, appearances, and carry them to new heights of power. Fashion your artifacts into the perfect instrument of battle for your specialization, and guide your faction in its most desperate hour.

Claim a Class Hall unique to your class. Recruit champions and armies into your order to send on missions and fight along your side on the Broken Isles.

Two new raids to challenge the mightiest heroes of Azeroth as you try to combat the Legion invasion and the effects it’s had on the native inhabitants of the Broken Isles.

Updates to Combat Visuals and Audio

All classes and specializations have undergone changes to abilities and mechanics. Check out our class preview logs for a better understanding on the thought process behind these changes.

We’ll see you in the beta tomorrow, everyone!