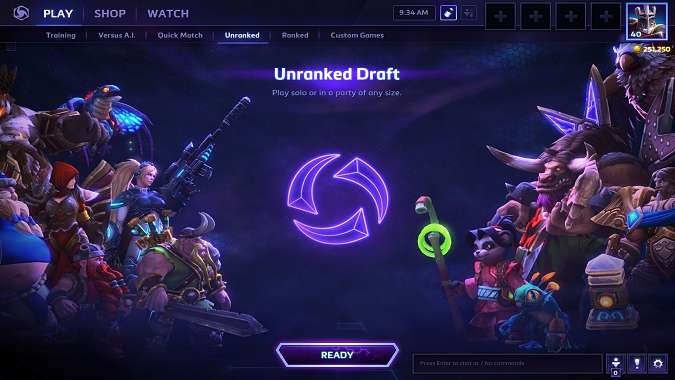 When jumping from Quick Match to Hero/Team League (or just watching tournament play) in Heroes of the Storm, one of the biggest gameplay changes is the draft system. For those not aware, competitive-level Heroes matches do not allow the same hero to exist on both teams and, additionally, allow both teams to ban two heroes from being used in the game. Not only that, but players know which map they’re playing on before any of these hero shenanigans even start.

With all those adjustments, it can be a bit daunting for someone who to jump right into Hero League — especially when your entire team’s ranks can depend on winning or losing. Thankfully, the Heroes team is adding a new mode (and some MMR adjustments) in an upcoming patch (coming June 14) to help make the transition easier. 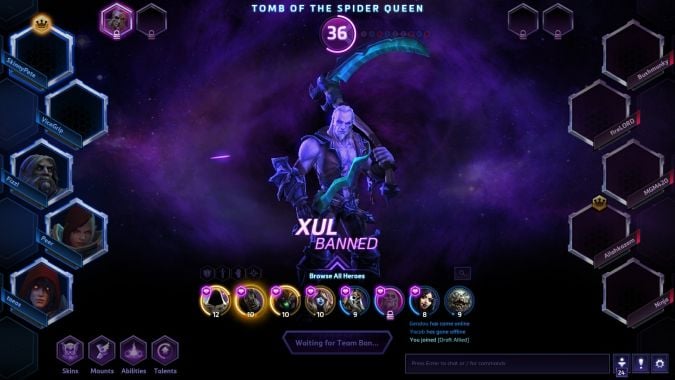 Coming with the official start of the first season — yes, we’ve been in preseason this whole time — will be Unranked Draft mode. Unranked Draft is probably exactly what you expect it to be: a version of Hero League where you have no rank to gain or lose. (An argument can be made that Unranked Draft mode is the Heroes equivalent to WoW’s LFR mode.)

The only major change from Hero League to Unranked Draft is that you are not limited based on party size. Normally, only a maximum of two players can group for Hero League while Team League requires a full set of five. Unranked Draft will allow you to queue as a party of any size and experience what it’s like to have unique heroes on both sides and pre-game arguments over whom to ban.

In addition to the new game mode, there are going to be some adjustments to how MMR (match-making rating) works. The short version is that playing any game mode will be a better experience for players. Queue times will be shorter and players will be matched more often with players of similar skill level while still having the ability to improve their rank without ever feeling “stuck.” The full changes are more in-depth than that, so if you’re interested in understanding how ranks are going to work, be sure to check them out on the official blog post.

Personally, I like to see the Heroes team making steps to ease players from one difficulty to the next. How about you? Will this change what mode(s) you play at all?

Blizzard Watch is made possible by people like you.
Please consider supporting our Patreon!
Filed Under: Esports, Hero League, Heroes Of The Storm Season, Mmr, Team League, Unranked Draft
Advertisement