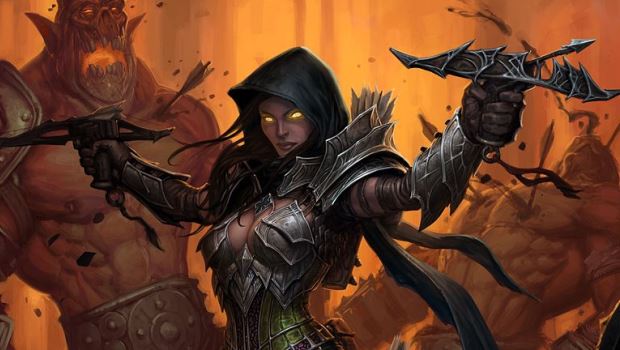 Machines of War, the upcoming StarCraft event for Heroes of the Storm, stole the Heroes headlines at Gamescom. However, Heroes players in attendance have noticed a few changes which have yet to be discussed, notably a rework of Valla. If you have 30 minutes of free time, you can check out Heroes of the Storm personality Grubby’s hands-on gameplay from Gamescom. His Valla gameplay also includes a look at Warhead Junction, one of the new StarCraft themed maps.

The new Valla will still be familiar to long-time Valla players. Her gameplay hasn’t changed substantially, her basic kit the same as it always was. However, her talent reshuffle puts new emphasis on her Hatred mechanic. Though her base damage has been reduced, a full Hatred build can push her far above and beyond her capabilities in the current game. Given Valla is one of my favorite heroes to play, this rework makes upcoming patches even more exciting.

Blizzard Watch is made possible by people like you.
Please consider supporting our Patreon!
Filed Under: Gamescom, Machines Of War, Valla
Advertisement