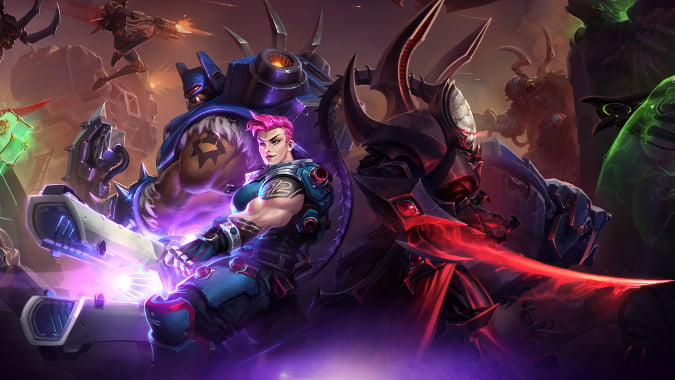 The first map, Braxis Holdout, involves building a Zerg swarm in containment pens, ready and waiting until you unleash them on an enemy lane. The other map, Warhead Junction, allows players to fill the role of the StarCraft Ghost, securing nukes to blast your enemies’ forts to pieces. Alarak, our next new StarCraft hero, will be a melee assassin.

Beyond the deluge of StarCraft content in Heroes of the Storm, the game will also be introducing Zarya as a Ranged Warrior. From what little was shown of Zarya’s gameplay in the preview, she appears to fit her Overwatch gameplay point for point.

Blizzard Watch is made possible by people like you.
Please consider supporting our Patreon!
Filed Under: Alarak, Braxis Holdout, Machines Of War, Warhead Junction, Zarya
Advertisement